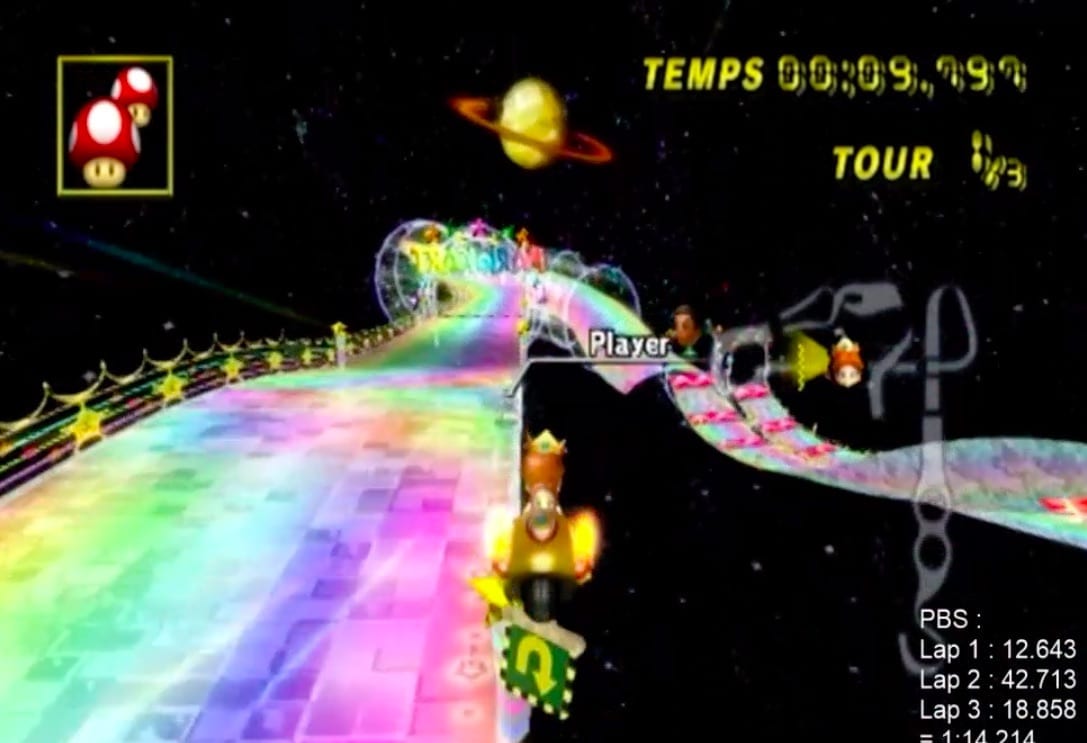 After 13 years the world record for the infamous Rainbow Road track in Mario Kart Wii has been smashed.

It doesn’t matter which version of Mario Kart you play, the Rainbow Raid track has always been known as one of the most challenging in the series.

It’s fast, has sudden steep drops, tight bends and worst of all, much of the track has no side-barriers so it’s very easy to fall off the circuit.

In just about every Mario Kart track you can often find a shortcut. These are hidden but are quite obvious and easy to use once you know they’re there. However there are other shortcuts known as “ultra shortcuts”.

The ultra shortcuts often take the utmost precision and perfection to perform, unless of course random luck comes your way. But for the most part, the average Mario Kart gamer might not be able to pull-off the ultra shortcut.

The ultra shortcut in Rainbow Road in Mario Kart Wii was apparently first discovered in 2016 and up till now this ultra shortcut has only been performed using tool-assisted runs.

However a streamer by the name of ArthuurrrP has performed the first-ever ultra shortcut in Rainbow Road in Mario Kart Wii without the assistance of tools. This comes as a result of a lot of practice, dedication and skill.

The record time by ArthuurrrP came in at a mighty 2’14”77 which is almost 10 seconds faster than the previous world record. You can hear the delight in their voice once he realises what they have achieved in the clip below.

A Reddit user by the name of thaumoctopus_mimicus tried to explain just how difficult it is to successfully perform this ultra shortcut in Rainbow Road: “Simply getting behind the railing is difficult. Then, you have to just barely touch the closest tip of the first checkpoint region, or the lap won’t count, and the rest of your attempt won’t matter.”

“You can’t really tell if you hit it though, you just have to use visual markers and try to aim for the right spot to hit it.” said the Reddit user.

I have been playing Mario Kart since the very beginning and I can only dream of having the karting skill possessed by ArthuurrrP. I tip my hat to you, congratulations!