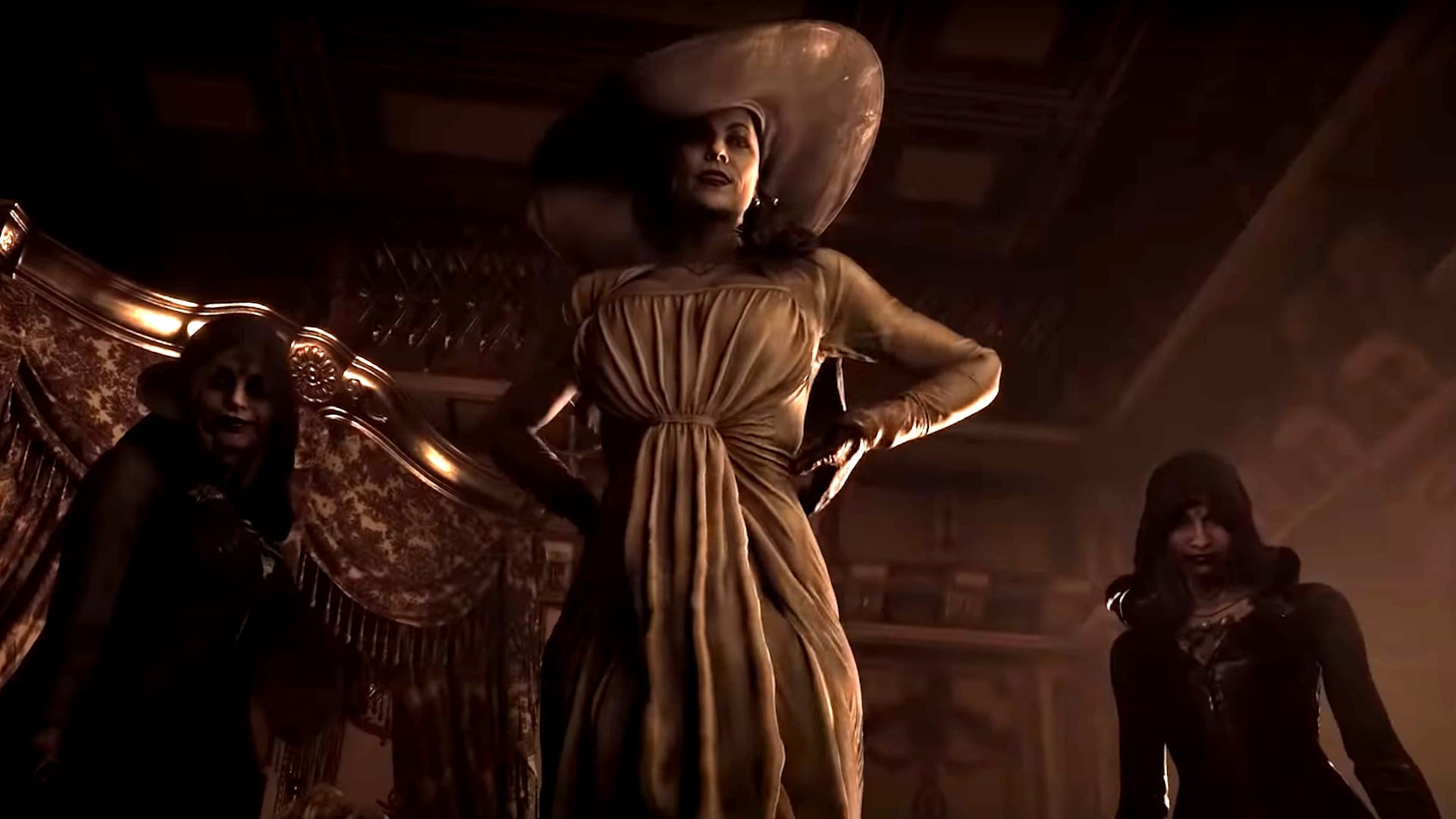 Gamers are thirsty for a very tall Resident Evil Village vampire recently shown off in new footage released by Capcom.

Yesterday Capcom announced that Resident Evil Village will be getting a special showcase event next week.

During the announcement a teaser trailer was shown, offering snippets of what we can expect to see at the showcase.

Naturally this sudden announcement got fans buzzing with excitement as it would offer us the best look at the game yet with an in-depth walkthrough by the developers.

However this announcement wasn’t the only thing to make fans buzz with excitement, because fans were also buzzing, or perhaps more accurately going crazy, for the “Giant Vampire Lady”.

Now we have seen this lady before in previous trailers with her minions standing behind her and the “vampire lady” did appear to tower over her minions.

There is a moment in the teaser trailer that sees the vampire crouching through a door – a door that looks tiny in comparison.

In the fantastic Resident Evil 2 remake players were stalked by the intimidating Mr X who always looked daunting as he eerily pushed his way through a door to kick your ass!

However by the looks of things, the character dubbed the “Giant Vampire Lady” looks even taller than Mr X and, dare I say it, even scarier!

Hopefully we’ll find out more about this mysterious Vampire Lady next week, and with a bit of luck her real name and the role that she’ll play in Resident Evil Village.

I just hope that she’s not the mysterious figure that is rumoured to pursue and haunt you throughout the campaign.