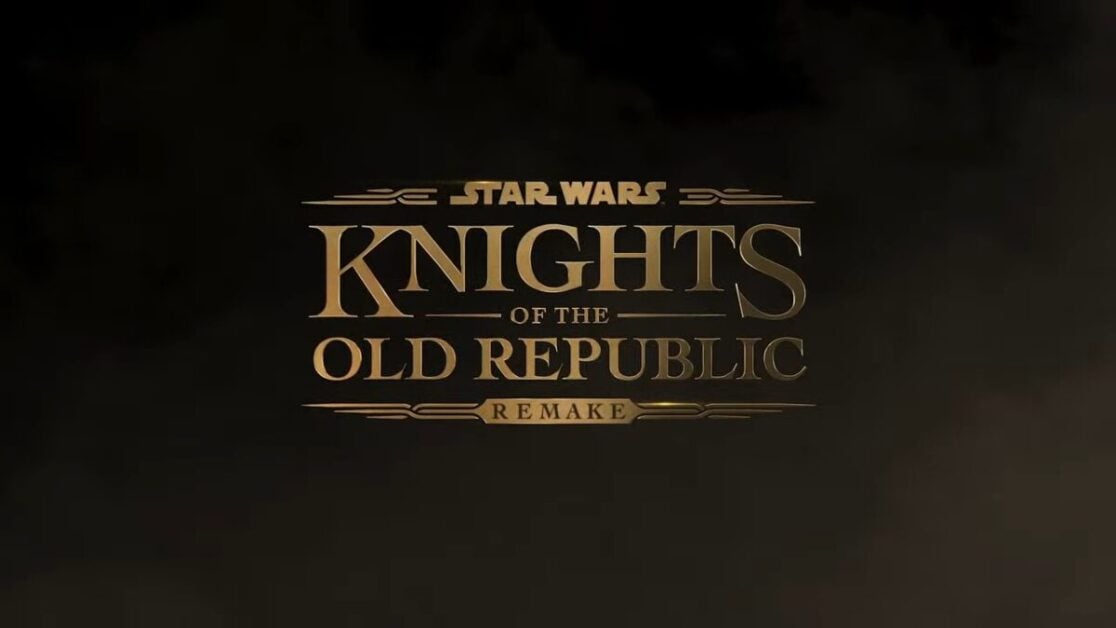 Star Wars fans rejoice because one of the best Star Wars games is getting a remake! Star Wars: Knights of the Old Republic is considered by many to be superb. Some even consider it the best game ever made (isn’t that right James Gunn?)

Earlier this year we heard murmurings that a remake was in development. It would turn out that those murmurings were correct because Sony decided to kick off their PlayStation Showcase on the 9th September with news that a remake is coming.

We don’t know much about it just yet but we do have a trailer and it has that fancy sheen you expect from an announcement trailer. At the end of the trailer text appears saying “A legend remade for PS5”. Although it may be on other platforms too it was Sony that got to share the news with the world that a remake is happening.

The game is being made by Aspyr and Lucasfilm Games.

What is Knights of the Old Republic?

If you’ve never had the chance to check out Knights of the Old Republic then you might not know what it’s about. The Steam page of the game sets the scene well.

“It is four thousand years before the Galactic Empire and hundreds of Jedi Knights have fallen in battle against the ruthless Sith. You are the last hope of the Jedi Order. Can you master the awesome power of the Force on your quest to save the Republic? Or will you fall to the lure of the dark side? Hero or villain, saviour or conqueror… you alone will determine the destiny of the entire galaxy!”

We’ll let you know more about the Knights of the Old Republic Remake when we have more information!