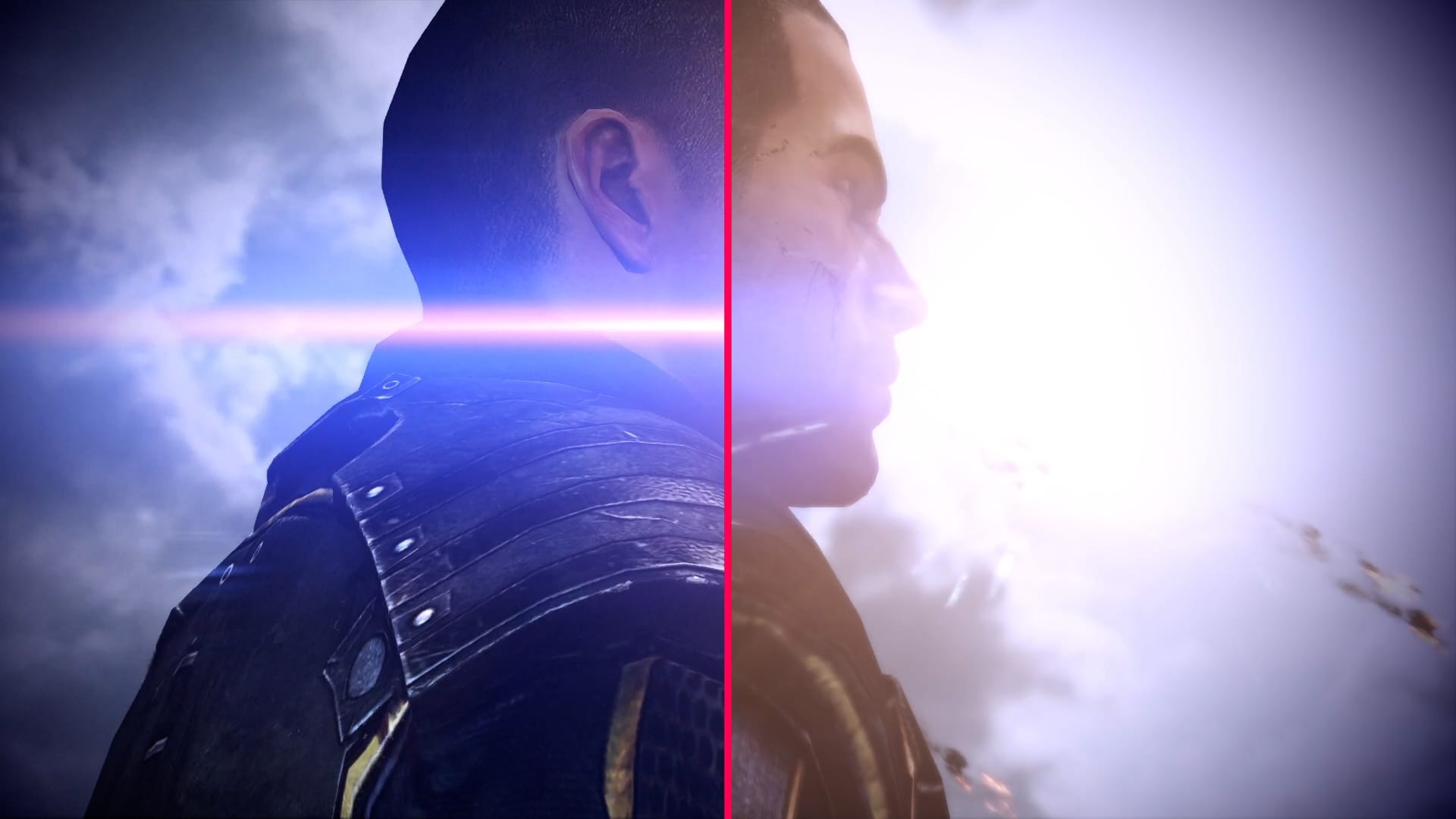 It’s been a long wait for Mass Effect fans, but finally the launch we’ve been waiting for is upon us! We’ve been playing around with Mass Effect Legendary Edition to bring you a graphics comparison of the new release versus the original games.

Keen to see them in action? Check out our graphics comparison video below!

So what are our thoughts on the upgrade? GameByte’s Sara Heritage says: “Mass Effect 1 is by far the most substantial upgrade, and a return to form for BioWare.

“The game has shed a lot of frustration from its original release and plays a lot more like its sequels…However, we’re as starstruck as ever by that classic Mass Effect 1 flair that began it all.

“Whilst we were initially hesitant about Mass Effect 2 and 3’s updates, BioWare has won us over. Whilst neither game boasts substantial changes, they both still impressed us with their quality, even compared to the community-made PC mods that we have loved over the past decade!“

Mass Effect Legendary Edition is a remaster of the original three Mass Effect games. Earlier this year, GameByte was treated to a preview event for the game, where we heard from the team at BioWare who brought the remaster to life.

The BioWare event was hosted by Project Director Mac Walters, Associate Producer Crystal McCord and Lead Environment Artist, Kevin Meek. The trio came together to not only talk through the upgrades and changes we’ll see in the Mass Effect Legendary Edition, but also to show off some visuals.

As McCord explained, the collection “includes the Trilogy, single player content and the DLC for each of the three games.” All of the DLC content will be present, with some available as you begin to play, and some which unlock throughout. As confirmed during the event, “it all comes under one new launcher and interface, all in one package.”

“It’s no small feat bringing this large amount of content together into the Mass Effect Legendary Edition,” said McCord. “We have 15 story DLC which also unlock new squadmates and planets. We have an incredible selection of additional armour packs, weapons, appearance packs, all available in this one package. We also have the Genesis Comics integrated into the games.”

You can read more on the preview event here.

If you’re looking to pick up the Mass Effect Legendary Edition, you can grab it from the GameByte Shop! Is this game on your wishlist? Let us know across our social channels!

Mass Effect Legendary Edition releases for PlayStation 4, Xbox One, Microsoft Windows on May 14.