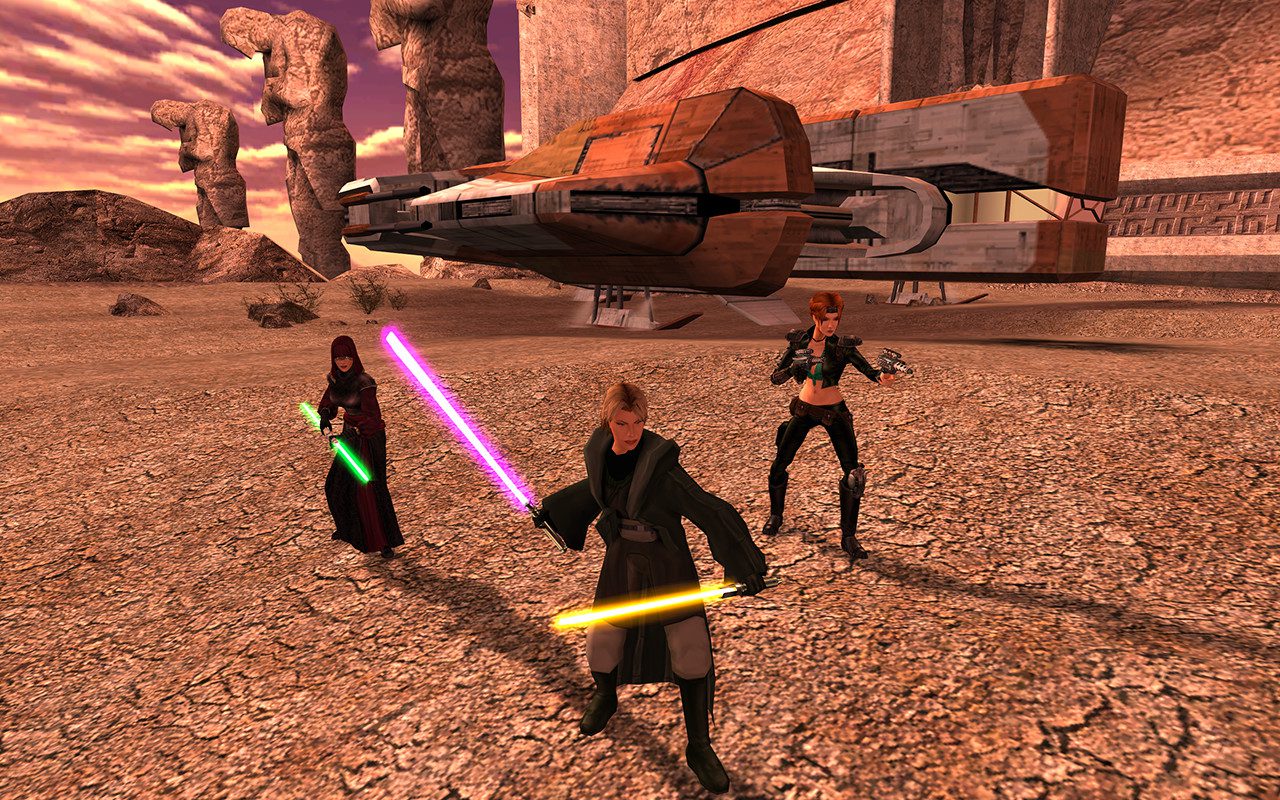 May the 4th be with you all today and happy Star Wars day! Sorry, we didn’t get you a present, but we do have some hot information on the latest eShop sale. Specifically, nearly every Star Wars game is on sale right now.

The GameByte Shop is also having its own Star Wars celebration too. You can now get 10% off LEGO Star Wars: The Skywalker Saga by using the code SKYWALKER10. Let’s get into it:

The Top 5 Best Star Wars Games Of All Time

May The 4th Be With You

Star Wars: Episode One Racer – May The 4th Be With You

For fans that haven’t relived the Boonta Eve podrace or don’t remember the cool as hell Podracing arcade game of the early 2000s, they’re missing out. It’s showing its age for sure, but Episode One Racer is a cheap and cheerful arcade racer that always goes down a treat in cantinas or parties. A physical copy is available on the GameByte Shop.

Star Wars: Jedi Knight II: Jedi Outcast – May The 4th Be With You

Going for a familiar adventure with Kyle Katarn for under £5? Yes, please! The Jedi Knight series is again showing its age, but Jedi Outcast is the middle child of the Jedi Knight FPS/action platformer trilogy. It takes place after the events of Episode VI: Return of the Jedi around 12 ABY. After nearly falling to the dark side in Mysteries of the Sith, Katarn wrestles with his call to the force after turning mercenary and leaving the life of a Jedi behind. You can grab a physical copy from the GameByte Shop.

Star Wars: Jedi Knight: Jedi Academy – May The 4th Be With You

The final instalment in the Jedi Knight trilogy sees players creating their own Jedi Padawan and attending Luke Skywalker’s new Jedi Academy on Yavin 4. Known as the Jedi Praxeum in the now Legends continuity, this game represents what could have been in the sequel trilogy. The gameplay is more or less the same as its predecessors with players having access to force abilities and lightsabers from the start. It also features a cool online multiplayer arena mode. You can grab a physical copy from the GameByte Shop.

Republic Commando has stood the test of time as still being one of the best squad-based first-person shooters ever, despite its original release date being Feburary 2005. From the opening scenes of Delta Squad going behind enemy lines at the Battle of Geonosis to showing how Delta Squad affected the Clone Wars, Republic Commando delivers on almost every level. A physical copy is available on the GameByte Shop.

Why wouldn’t fans want to play a Star Wars pinball table aboard an Imperial Star Destroyer? Exactly, we rest our case. Featuring various tables, layouts and optional tables to buy, getting wizard on some of the best looking digital pinball machines is super fun and a nice break from the AAA battering ram. Side note: Those dreaming of the Windows 95 Space Cadet days will probably have their nostalgia broken. You can get a physical copy of the game from the GameByte Shop.

Before Mass Effect and Jade Empire, Bioware created one of the most beloved Star Wars game IPs to date in Knights of the Old Republic. Set 3956 years before Episode 4: A New Hope, players create their own force-sensitive character and have the option of becoming Jedi or Sith. It’s a typical Bioware turn-based affair that’s complemented with a brilliant narrative. Playing this before the KotoR remake is highly recommended, certainly for less than £10. You can buy a copy on Mac from the GameByte Shop for just £2.44.