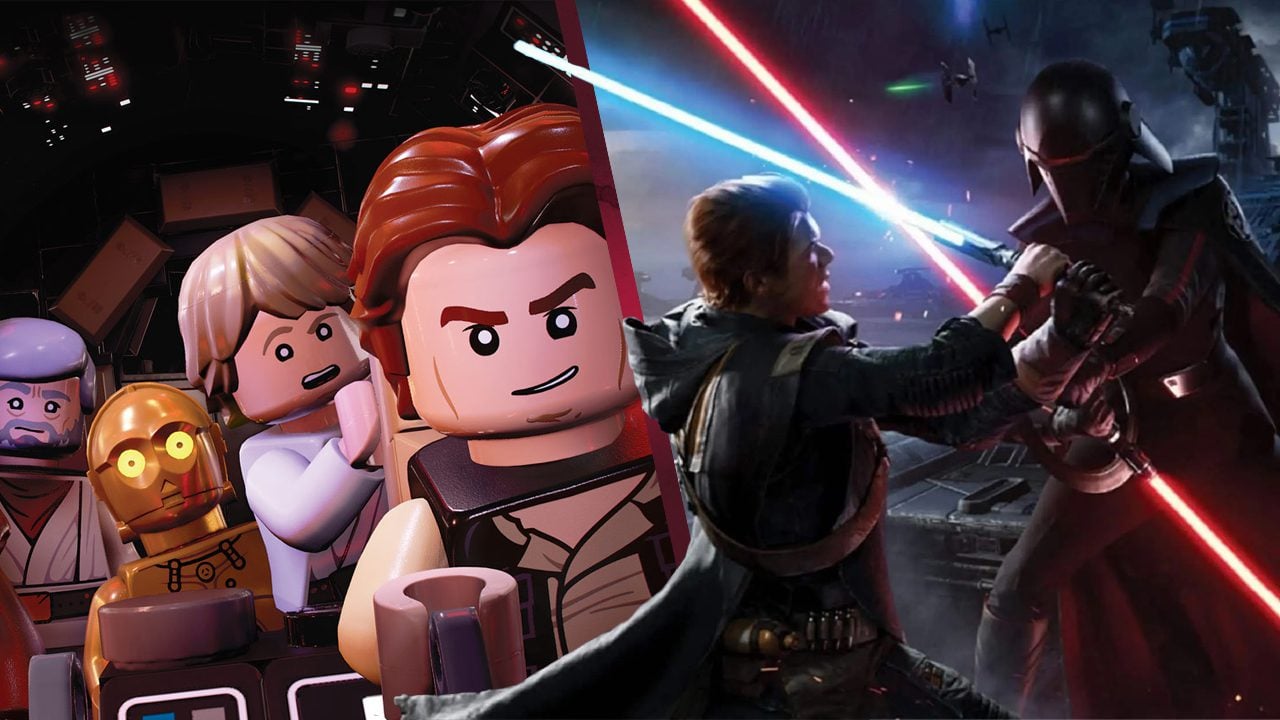 Here are our top five best Star Wars games of all time. Obviously, with only five choices in this article, there will be loads of games that never made this list. So be sure to let us know what other Star Wars games deserve to be here.

Star Wars: Knights of the Old Republic is not only one of the best RPGs of all time, but it’s also my personal favourite Star Wars game too. Set 4,000 years before the formation of the Galactic Empire, you play as a nobody with the potential of being a Jedi master. However, you could also become a sinister Sith lord that wants to rule the galaxy.

Knights of the Old Republic is a massive game all about choice. The choices that you make shape your story. Would you be a selfless Jedi that would embrace the light side of the force, or will you be a selfish Sith that would strike down anyone that opposes you?

Furthermore, if you become an evil Sith, your character’s appearance would also mutate to reflect your actions. I don’t want to give too much away, just in case you haven’t played KOTOR, so if you haven’t, add it to your list now. It’s still available on PC, backward compatible on Xbox and there’s even a port for the Switch. Oh, and there’s a remake on the way too. Happy days!

If you love Star Wars and Command & Conquer, then you’ll love Star Wars: Galactic Battlegrounds. This is a real-time strategy game powered by the same engine used for the early Age of Empires series.

Whether you’re fighting for the Galactic Empire or the Rebel Alliance, there’s nothing quite like seeing a pack of AT-ATs flanked by an army of Stormtroopers rushing to wipe out Rebel scum. Yes, as you can probably tell, I favour the dark side of the force.

If you haven’t played Star Wars: Galactic Battlegrounds before, then we couldn’t recommend it enough. Sure, the graphics look a little dated now, but we’re sure there are some handy mods to fix that. Plus, on Steam, you can pick up the Saga bundle for less than £5/$6 and it comes with all the expansions. Trust me, you won’t be disappointed.

Tongue-twisting name aside, Rogue Squadron 2 (for short) is an absolute gem of a game, even by today’s standards.

A sequel to the N64 classic from 1998, no game at the time could replicate the experience of flying an X-Wing quite like Rogue Squadron 2.

Spanning over the three original Star Wars movies, Rogue Squadron 2 not only looked great, but it also played and sounded great too. Aged like a fine wine, to this day, I still own my GameCube and from time to time, I’ll boot up Rogue Squadron 2. So if you can, grab a pre-owned copy ASAP!

Very few Jedi remain, and the Galactic Empire is on a relentless purge to eradicate all Jedi from the galaxy. You play as Cal Kestis, and he is in hiding and is one of the last few remaining Jedi.

However, as fate would have it, unable to contain his good nature, Cal uses his powers to save a friend from inevitable death. Unfortunately, by doing so, he alerted the Empire of his existence and is now being hunted by the Imperial Inquisition.

Fallen Order not only proved to EA that single player games are alive and well, but it was also so well received that a sequel was recently announced. Star Wars Jedi: Fallen Order is simply a fantastic game and one worth checking out if you haven’t already. Better still, there’s also an upgraded version for PS5 and Xbox Series X/S. So, what are you waiting for Padawan, go play it now!

Going through my list of favourite Star Wars games, I could have selected any number of LEGO instalments. However, why would I pick one of the previous LEGO Star Wars games, when I could just pick the recently released Skywalker Saga?

If you liked any of the previous LEGO Star Wars games, then you should love The Skywalker Saga. Star Wars Episodes 1 to 9 are all here.

You could consider The Skywalker Saga to remaster of previous games, and mostly that would be true. However, each game in this collection has been built from the ground up. Improved 4K visuals, enhanced gameplay and a galaxy map which allows you to choose in the order you want to play this series.

Finally, before we conclude, I feel that I should give honourable mentions to Knights of the Old Republic 2, Republic Commando, The Force Unleashed, the multiplayer of Battlefront 2 (2017) and the 1983 arcade game.

Well, that concludes my five best Star Wars games. Don’t forget to let us know what games we missed off the list in the Facebook comments and on Twitter.