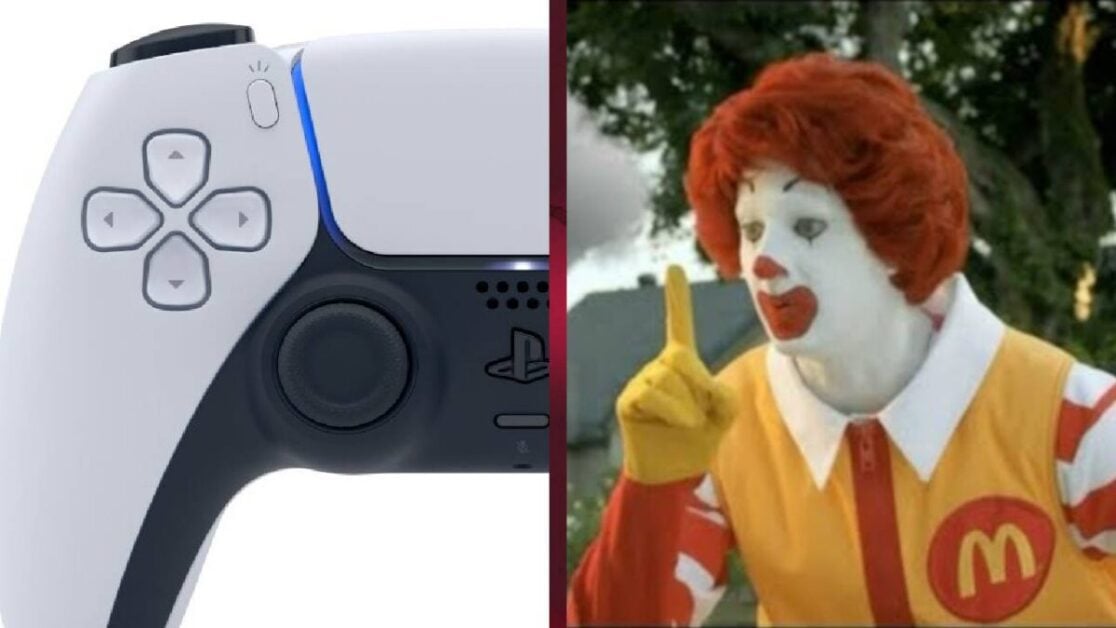 The video game realm is filled with promotional gimmicks and product placement. From Monster energy drinks in Death Stranding to even the recently announced Halo-themed Krispy Kreme doughnuts, the industry is something of a capitalist’s dream. However, McDonald’s has accidentally revealed its plans for a garish looking themed PS5 controller, and it’s easy to see why the fast-food giant’s plans were scrapped [via PressStart].

Designed by McDonald’s Australia, the controller features the brand’s iconic colour scheme and familiar food items on the grips. As you’d expect, the result is fairly unsettling. However, it’s also worth mentioning that the controller design was thankfully scrapped during development. In a statement provided to IGN, McDonald’s Australia clarified the error while also providing a disclaimer regarding its current relationship with Sony:

“the image was provided to media in error and there is no commercial relationship between McDonald’s Australia and Sony PlayStation.”

McDonald’s Australia has also revealed that any plans for a PlayStation related promotion have been postponed [via PressStart]. The fast-food chain also revealed that Sony hadn’t authorised the use of the DualSense for any promotions, events or giveaways. I mean, who can blame them!

Of course, the giveaway in question relates to a collaboration between McDonald’s and various Australian Streamers. According to a report by PressStart, 50 of these controllers were to be created as part of a competition.

While the 50th birthday themed Twitch events will still go ahead, it looks like the company’s nightmarish controller will be kept in the attic for now. Let’s hope McDonald’s knows how to keep it contained (I recommend feeding it fish heads).

Would you use this McDonald’s themed PS5 controller? Let us know on our social media channels!