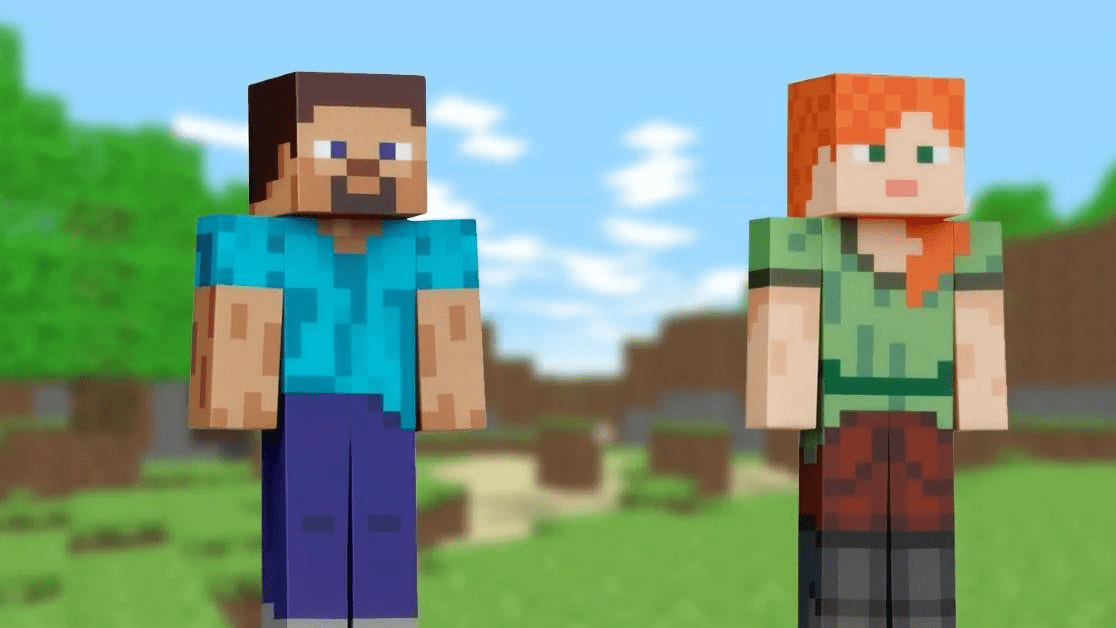 Nintendo’s latest amiibos of Minecraft’s Steve and Alex, are finally on their way and will be releasing this September.

Remember the Minecraft amiibos? The two figures, of Minecraft’s Steve and Alex, were originally set to release last Spring. However, due to “a logistics and production delay”,  according to Nintendo, they were delayed.

However, today on Twitter, Nintendo announced that the Minecraft amiibos will be released on September 9th.

Nintendo provided up-close footage of the amiibo figures, along with the announcement. The two figures look adorable and exactly like their video game counterparts.

The Minecraft amiibos are based on their appearance in Super Smash Bros Ultimate. Like with all amiibo figures, each one has an NFC tag in its base. These NFC tags mean you can tap the amiibo on the right Joy-con controller, and it will unlock features in compatible games.

For Smash Bros Ultimate, using your amiibo can unlock in-game presents and you can use them to train your characters and unlock new abilities. However, there hasn’t been any information if there will any compatibility with the amiibos and their game Minecraft, which is available on the Nintendo Switch.

For those based in Japan, or for those who import their figures, the Minecraft amiibo figures of Steve and Alex will be available as a double pack.

How To Buy The Minecraft Amiibos

If you want to get a Minecraft amiibo figure of Steve and Alex for your very own, we’re here to help!

While you can always pop into your local games shop, and hope they’ll have some in stock, I always advise pre-ordering amiibos online.  Amiibos have become very collectable since their initial launch in June 2014.

Some sell out immediately and end up being resold on sites like eBay for huge profits. And you can’t always bet on what amiibo especially is going to be the most popular, or what will be easy to find in stock at all times.

Take it from someone who owns over 100 of the figures, if there’s one you really want, you should always pre-order it as soon as you can.

Sadly, as of the announcement, neither the Steve nor the Alex amiibo figures are listed yet online to pre-order from UK or US-based websites. But through my own experience, I recommend pre-ordering through the official Nintendo website, when they’re available.

Although it seems like Nintendo might be moving their attention away from amiibos, there are still DLC characters of Smash Bros Ultimate that haven’t had their chance to be a cute Nintendo figure quite yet.

Sephiroth and Sora, who were part of the second Fighters Pack DLC for Smash Bros Ultimate would be perfect amiibos.

Let’s hope that as the Minecraft amiibos are no longer delayed, we’ll see other amiibos being announced by Nintendo too.

In the meantime, you can still buy various Amiibos, like Animal Crossing Amiibos, from just £9.95.