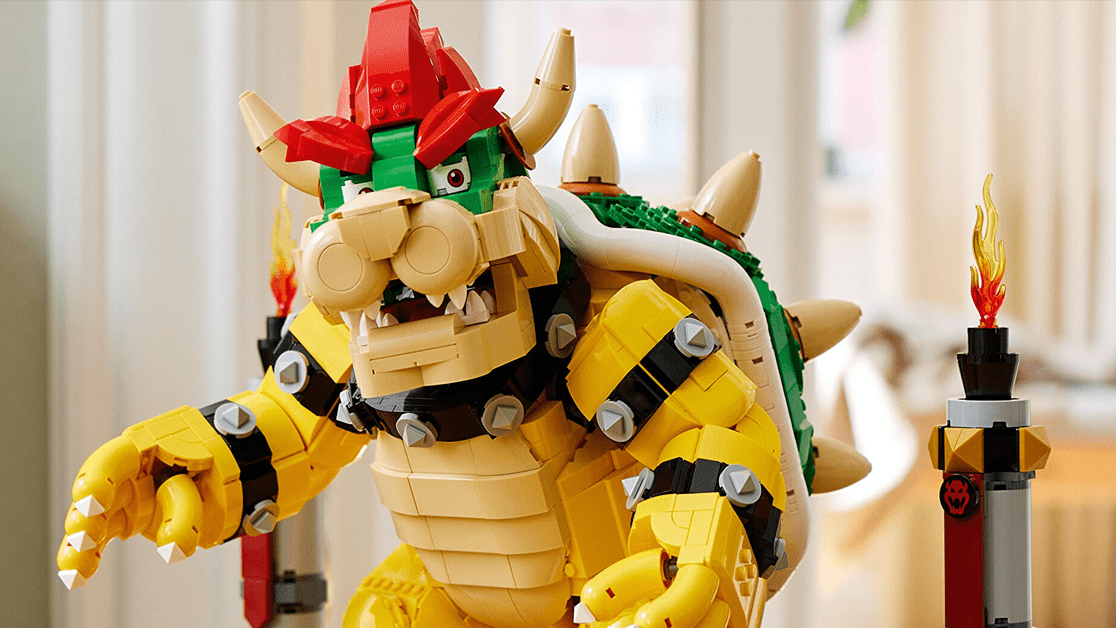 LEGO has announced a new huge Bowser figure, as part of their Super Mario Lego series, for £299.99.

Announced yesterday, LEGO has revealed the newest addition to their Super Mario series. The huge Bowser figure, named ‘The Mighty Bowser’ will release in October this year.

2,807 bricks in total are used to create his new Bowser figure. It will set you back a total of £229.99, almost the same as an actual Nintendo Switch.

Buttons have been added to the side of Bowser so you can move his head. You can also open his mouth using a trigger. Pulling on it further will allow you to fire out a projectile, replicating Bowser’s fire-breathing powers from the games.

BOWSER IS BETTER THAN EVER

Over the years, Bowser has become more of a recognisable figure within the Super Mario series of games. Originally the fearsome, fire-breathing Koopa would be a boss you fought at the end of the games. Now, he’s had more of a prominent feature in Nintendo’s past releases. Most recently having his own DLC ‘Bowser’s Fury’ added to the Switch port of Super Mario 3D World. Nintendo is making the best of Mario’s iconic rival.

What makes the new LEGO Bowser figure special is that he’s interactable with the previously released Super Mario figure. The Mario figure has LCD screens that react with its sets and surroundings. By using Mario to hit certain points of the Bowser, sounds will emit from Mario. Simulating a fight they may have in any of the games.

If you’re a Lego enthusiast or Super Mario fan, this Bowser figure looks to be a fun build.

LEGO® Super Mario™ The Mighty Bowser™ set will be available on October 1st.