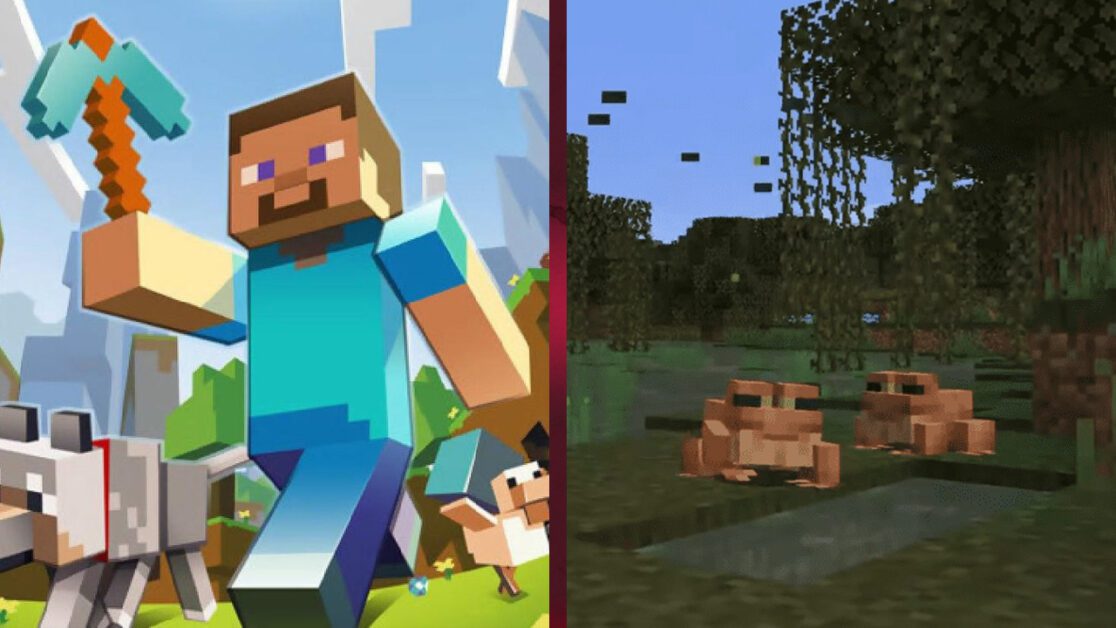 A Minecraft player has discovered that frogs have somewhat of a peculiar diet in the game.

Some important context: frogs generally eat insects. Crickets, mealworms, grasshoppers, they will eat them all. And some bigger species of frogs might even eat mice. So when Reddit user JamesLovesTV discovered that the Minecraft variety of frogs eat goats, it was understandably a bit of a shock (thanks Game Rant).

Typically you will find frogs and goats in different biomes in Minecraft. Frogs will spawn in swamps, whereas goats will spawn in mountainous regions. But in creative mode anything is possible. So JamesLovesTV tested it out, and found that when a frog comes up against a goat, it will eat the larger creature.

This isn’t a feature of the game though. It’s actually a known issue in the experimental gameplay build of Minecraft Bedrock Edition. So the goat-eating-frogs likely won’t be around forever. It’s slightly ironic that a game bug is resulting in a frog not eating them.

Commenters obviously had a variety of reactions to the strange situation at hand. “Test that out with other mobs,” writes Reddit user Rzwqzxkw. “If it eats everything, then frogs will actually end up becoming the apex predator.”

Another commenter, Cautious-Scholar4246, wrote that they hope Mojang doesn’t fix it. It certainly does provide a good chuckle. And it’s not causing any harm to anyone, except for the goats maybe. But it is likely to be patched out at some point. So enjoy the goat eating frogs while you can.