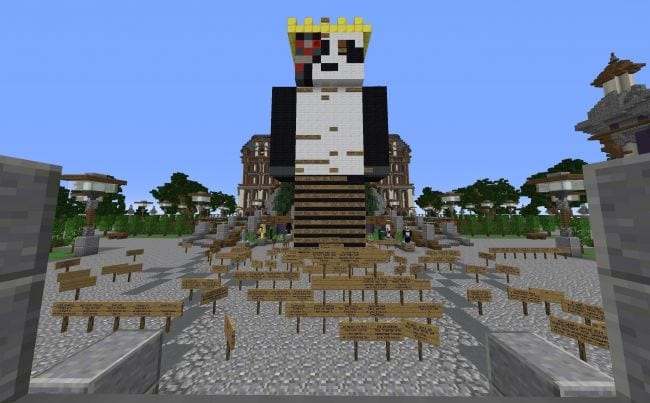 The gaming community has once again shown how incredible it is by paying tribute to one of their own who tragically died of cancer.

Minecraft legend Bryan, known in-game as Pendar2, started a server back in 2011. It was pretty popular. At its peak, the server (Emenbee) had more than 1,500 concurrent players, reports PC Gamer.

In fact, more than one million players explored the sever since it began. Bryan decided to shut down most of the server, but decided to keep the hub area open.

Since his death, players have decided to turn this area into a tribute.

One tribute, which was posted on Reddit, said: “You built bonds that will last a lifetime, and there’s no way to repay or express…how much you’ve done for us.”

Another added: “Your server gave me memories I won’t forget…rest in peace.”

In a post on the official Emenbee website, Mod_masta wrote a lengthy tribute to their friend. They wrote: “For years, he dedicated his life to creating a Minecraft server that many of us called our home for a while. It started out as a survival server, and eventually grew to have up to over 10 different servers and 1,500 concurrent players. For the last couple years of the server’s life, Bryan was not very active and many of you thought he had given up. The truth is that he was diagnosed with cancer. He endured chemo and surgery for several months, and eventually we thought he had been cured. But towards the end of last year, it unexpectedly came back. Recently, Bryan passed away,

“To me Bryan was a partner, a friend, and an amazing server owner. Working with him for several years, I learned how much of a genius he truly was, in both his knowledge that allowed Emenbee to become so popular and in how he excelled at developing with so little experience. Our time spent together on Emenbee together were some of the best years of my life. It was truly an honor to have a friend like him. He did so much more for the server than most players thought he did. I could not have done anything without him.

“Without Bryan there would never have been an Emenbee, and so many of us would have been deprived of so many fun and exciting experiences. Bryan will be remembered as a genius, a compassionate person, and our hero.”