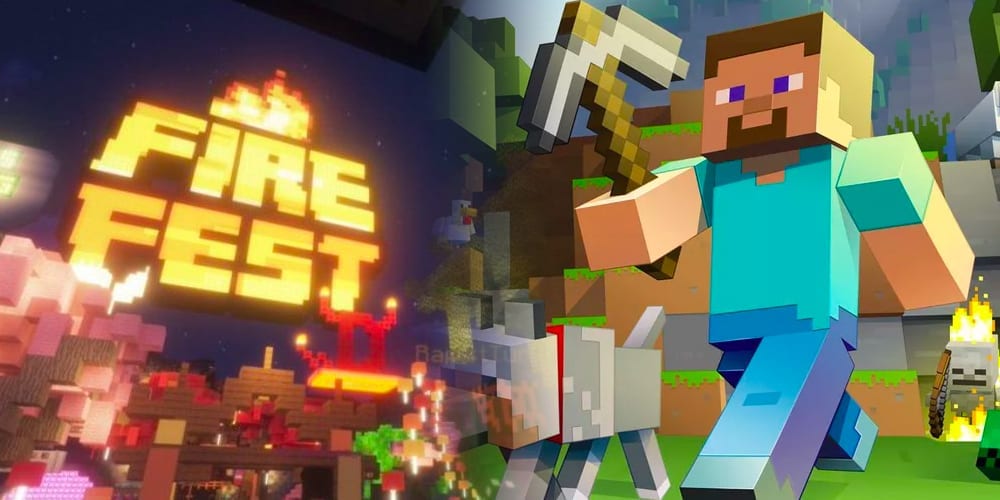 Music festivals in video games are not a new thing, everyone will no doubt have been around when Marshmello invaded everyone’s Fortnite games. But this is a music festival with a difference. It will be hosted in Minecraft and any money raised will go directly to the COVID-19 relief fund.

Open Pit and Anamanaguchi announced that they are throwing a coronavirus relief virtual music festival on Saturday, April 11. Set in the virtual world of Minecraft in a region called Nether Meant and is set to feature performances from American Football, Anamanaguchi, Baths, HANA, and others. Nether Meant can be found in the realm of Elsewither which is heavily based on the Brooklyn music venue Elsewhere.

The event starts at 6 pm Eastern and anyone is welcome to attend. People can join the concert in the game by following the specific guidelines set out by the organizers, or if they cannot access the game they can watch along on Twitch starting at 6 pm. Special VIP passes are being sold which allow players access to specific areas in the game to watch the concert and merchandise is also available for players to purchase with all the profits going towards Good360’s COVID–19 relief efforts.

The organizers of the event, Open Pit, have previously held events in the Minecraft universe such as Coalchella, Firefest, and Mine Gala. American Football’s Mike Kinsella said in a statement:

“I’m looking forward to (finally) being able to prove to my 7-year-old son that I do, indeed, have a job,”

It is a very bizarre concept that a full music festival can occur inside a massively multiplayer online universe and not go wrong, but all the events hosted in the past really do prove that people can indeed behave themselves during these kinds of high key events. The money raised by the concert is going to a well-needed cause as well so kudos to Open Pit for managing to organize the event and get such a high caliber of acts to perform.