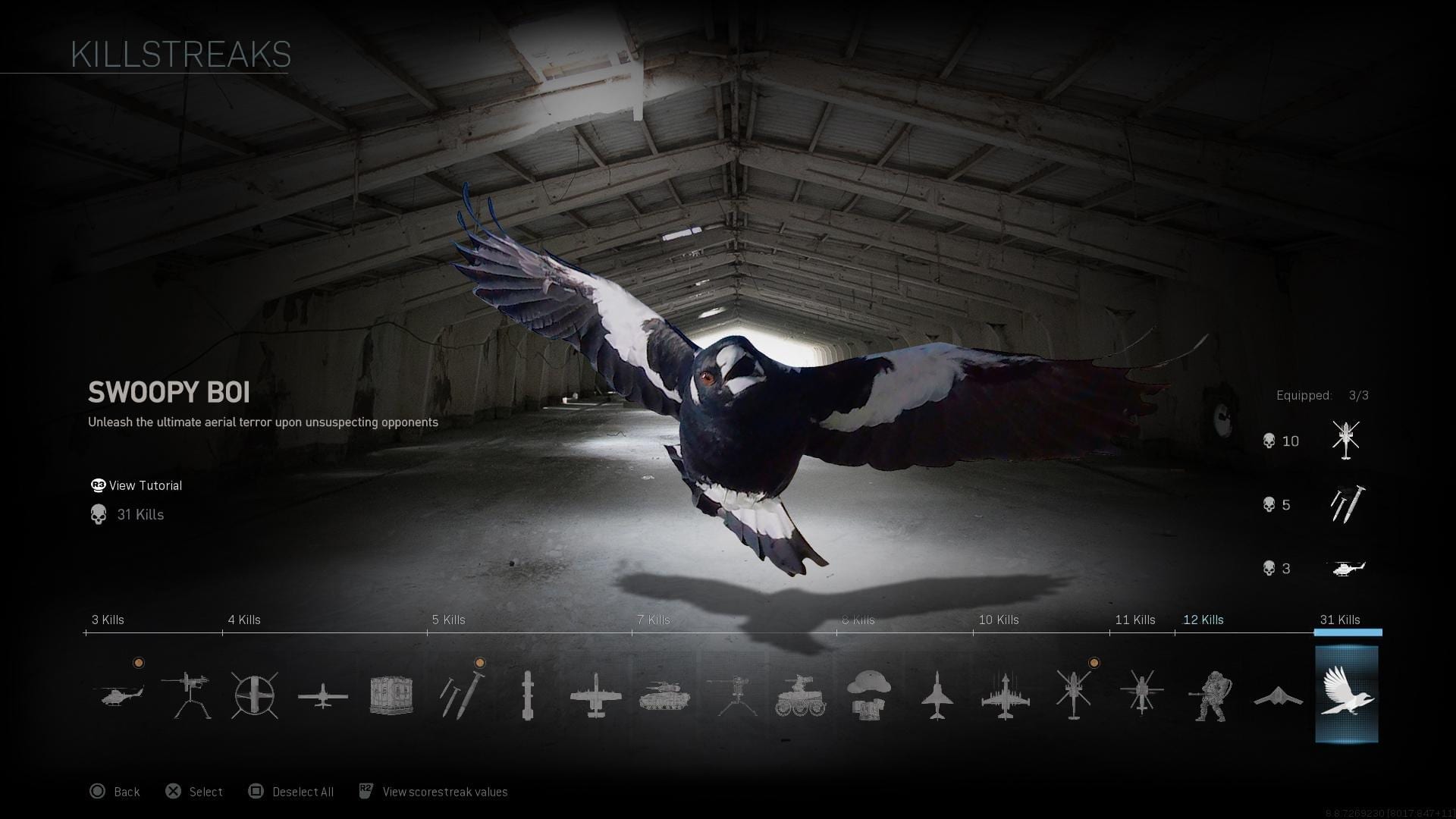 Call of Duty: Modern Warfare is the gift that keeps on giving. With Season One officially underway, and with updates still coming out of the wazoo, there’s never been a better time to be a CoD fan.

However, it seems that Call of Duty’s Australian branch has a lot to answer for, after teasing a “new” killstreak that’s left players equal parts amused and confused.

Call of Duty ANZ recently took to Twitter to show off the apparently upcoming killstreak, Swoopy Boi. As seen in the tweet below, Swoopy Boi looks considerably different to the game’s other killstreak unlocks, which include things likes tanks and nukes.

The team went on to tweet: “We’re working to resolve issues causing players who have attached cable ties on their helmets to not be affected by Swoopy Boi. Thank you for your patience.”

The jokes kept coming when one player responded to Swoopy Boi saying they couldn’t take it seriously. The Australian Call of Duty page clapped back with: “You’ll never activate this Swoopstreak with that attitude.”

Although the CoD Twitter account seems pretty set on the idea of Swoopy Boi, I’m gonna have to go out on a limb and say we’re getting trolled here. That doesn’t mean I don’t want to see Swoopy Boi in the game though, because that would actually be pretty hilarious.

If anyone happens to get 31 kills and somehow manages to unlock Swoopy Boi, please let me know and I’ll happily eat my own words.

Call of Duty: Modern Warfare is out now on PC, Xbox One and PlayStation 4. Season One – along with the game’s first Battle Pass – is now live.