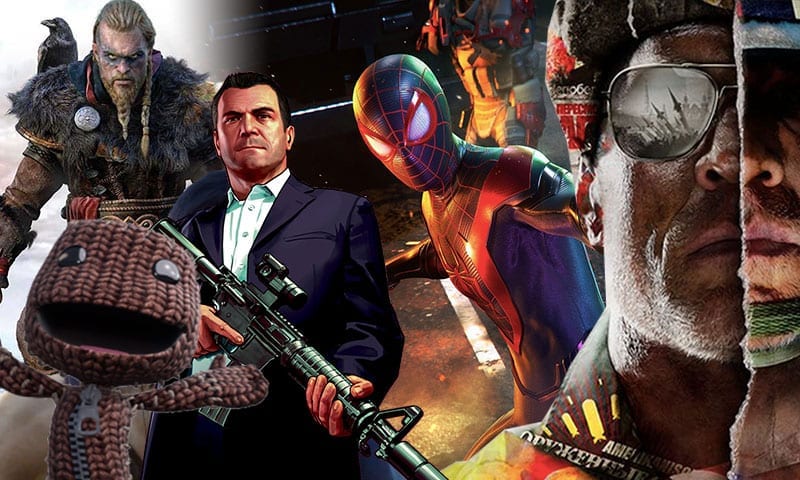 Sony has revealed its most downloaded games of 2020, with lists spanning across the PlayStation 5, PS4 and PSVR.

The post, featured on the official PlayStation blog, collates the most downloaded games on each console, as well as specifically listing games that are free to play.

While these lists aren’t a complete picture in terms of how well each game sold in 2020, they do show how popular each release was, especially with players who prefer to buy digitally.

There’s also significance to be found in the popularity of digital downloads on the PS5, since the Digital Edition of the console marks the first PlayStation to be exclusively digital (unless you could the PSP Go, remember that little thing?)

While the list might not surprise some, it’s definitely interesting to see which games players chose to pair with their shiny new console:

It’s perhaps surprising that PS5 exclusives such as Demon’s Souls aren’t higher up on the list, but this could be due to the game being bundled with systems. The PS4 top downloads follow a similar trend, with only a few exclusive exceptions taking a spot on the list:

It’s interesting to see how the likes of The Last of Us Part II and Ghost of Tsushima rank on this list, especially considering their AAA status. That being said, this is perhaps more a testament to the buying habits of gamers, with physical releases being more favourable with specific titles.

There’s also a list of the top downloaded free to play titles, which gives us an idea of what’s currently popular within the realms of free to play:

If there’s one thing that’s certain across the board, it’s that the Call of Duty franchise is very popular within the digital market. While this could be a reflection of specific player base buying habits, these lists only part of a bigger picture. There’s definitely evidence to suggest that more and more players are going digital, with Sony themselves claiming that “51% of all games sold on PS4 in [financial year] 2020 were digital.”