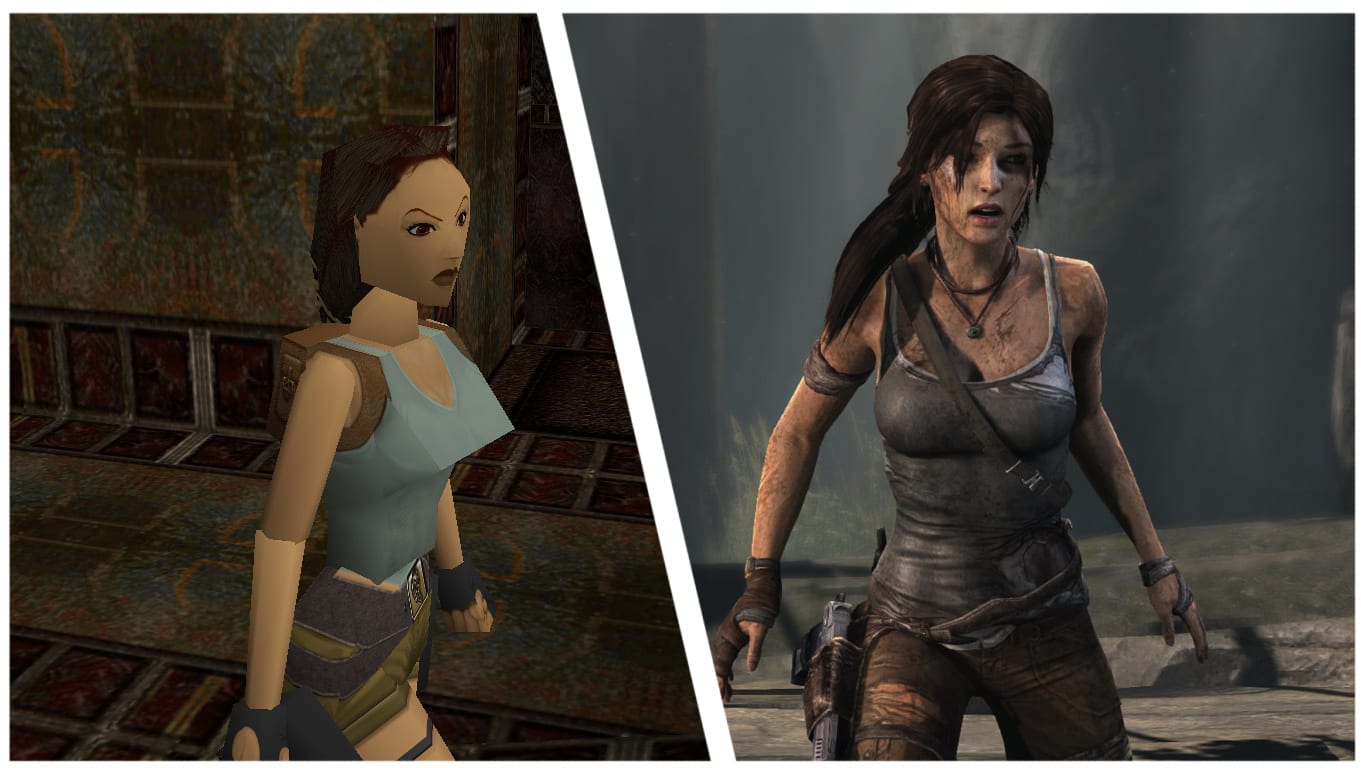 The biggest changes are, without a doubt, to the graphics.

When you compare a game from 1996 to a game today, the graphical improvements are incredible. For many game franchises, the game mechanics have improved as well.

In this list, we take a look at some of the most recent video games and compare them to the originals that released in the 90’s or early 2000’s.

Tomb Raider first launched on the PlayStation One back in 1996. At the time, nobody knew it, but it was the start of a very successful franchise. Here’s what Tomb Raider looked like back in 1996. 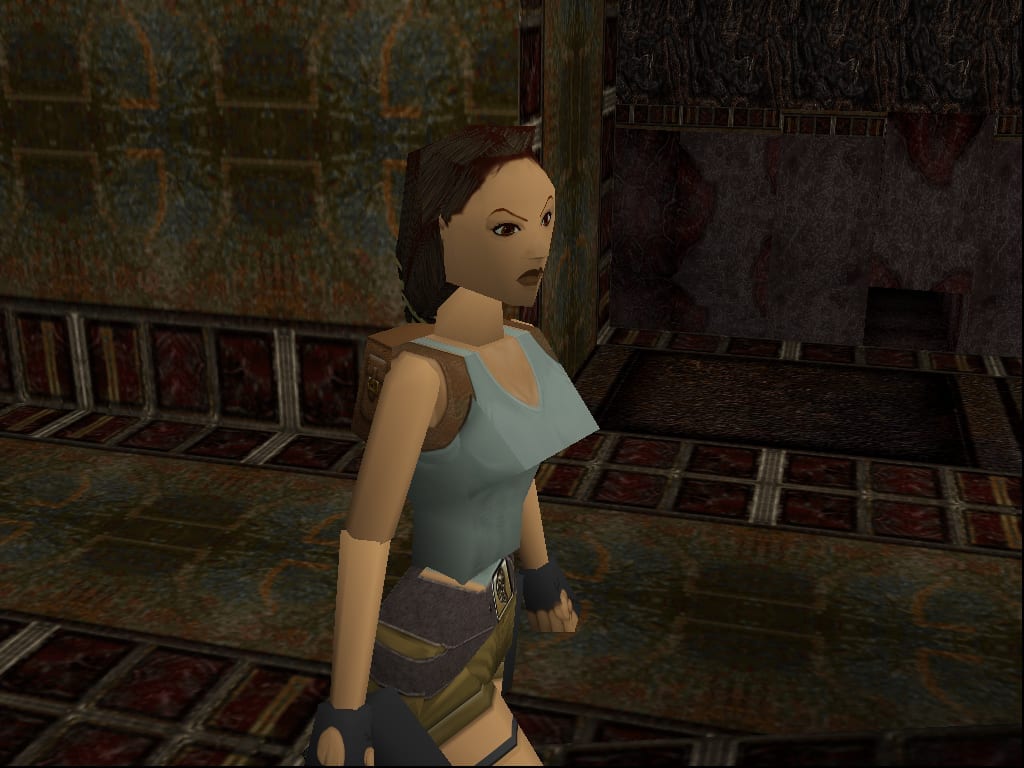 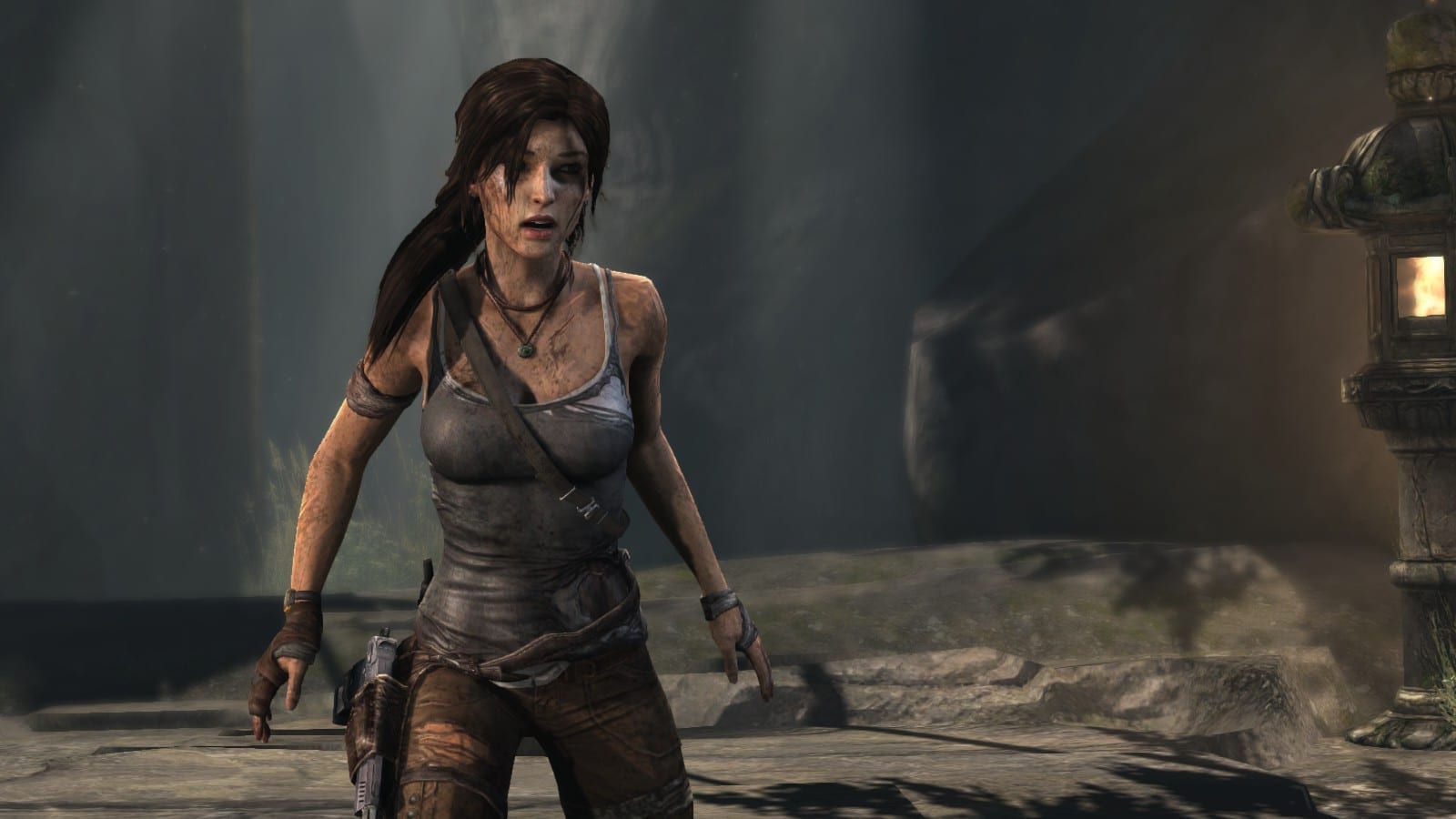 As you can see, Lara Croft has had a huge overhaul in comparison to her version 20 years ago. She now looks like a real person with real emotions. She’s picked up a lot more dirt and dust along the way. Her chest is way, way more realistic too thankfully. 1996 Lara Croft could have poked somebody’s eyes out with those things.

Halo is now a 16 year old franchise. The franchise was originally born with the introduction of Halo Combat Evolved during the boom of high quality 3D games in the early 2000s. 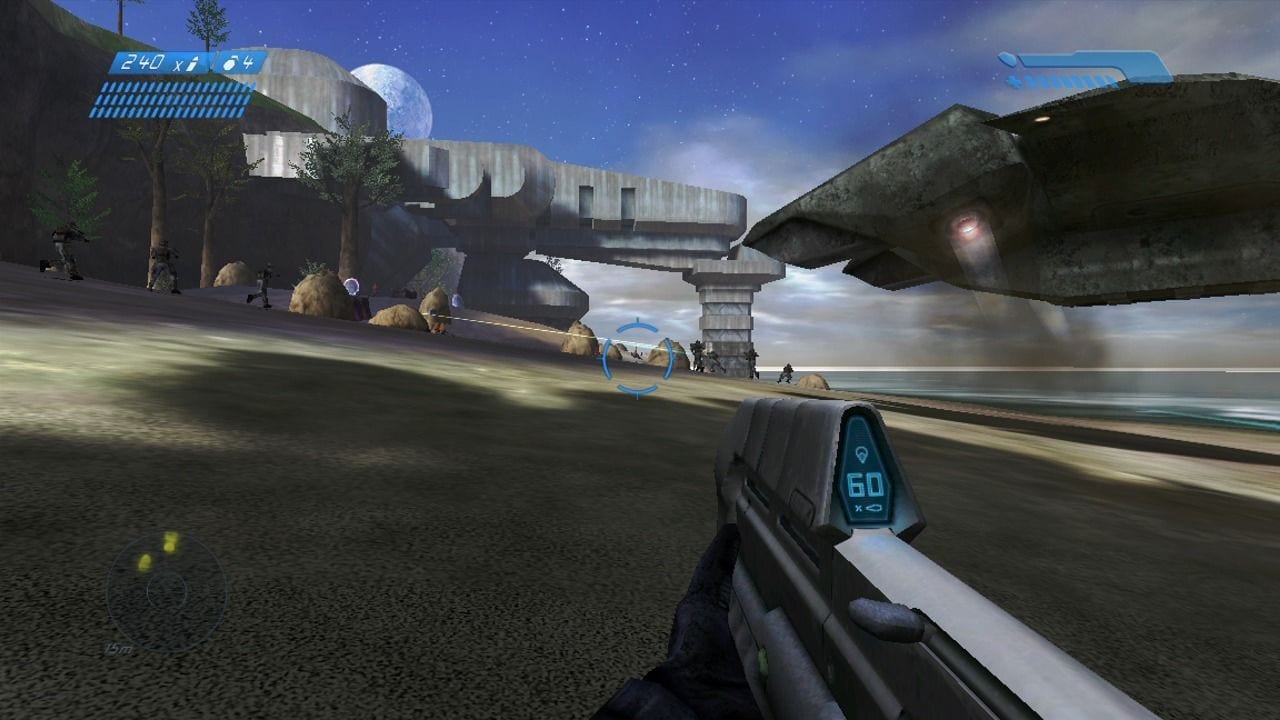 Looking back it now, everything seems so blocky and the texture quality is terrible. Things have changed a lot since then. Let’s take a look at what the most recent Halo game looks like on the Xbox One X. Here’s a shot of Halo 5: Guardians: 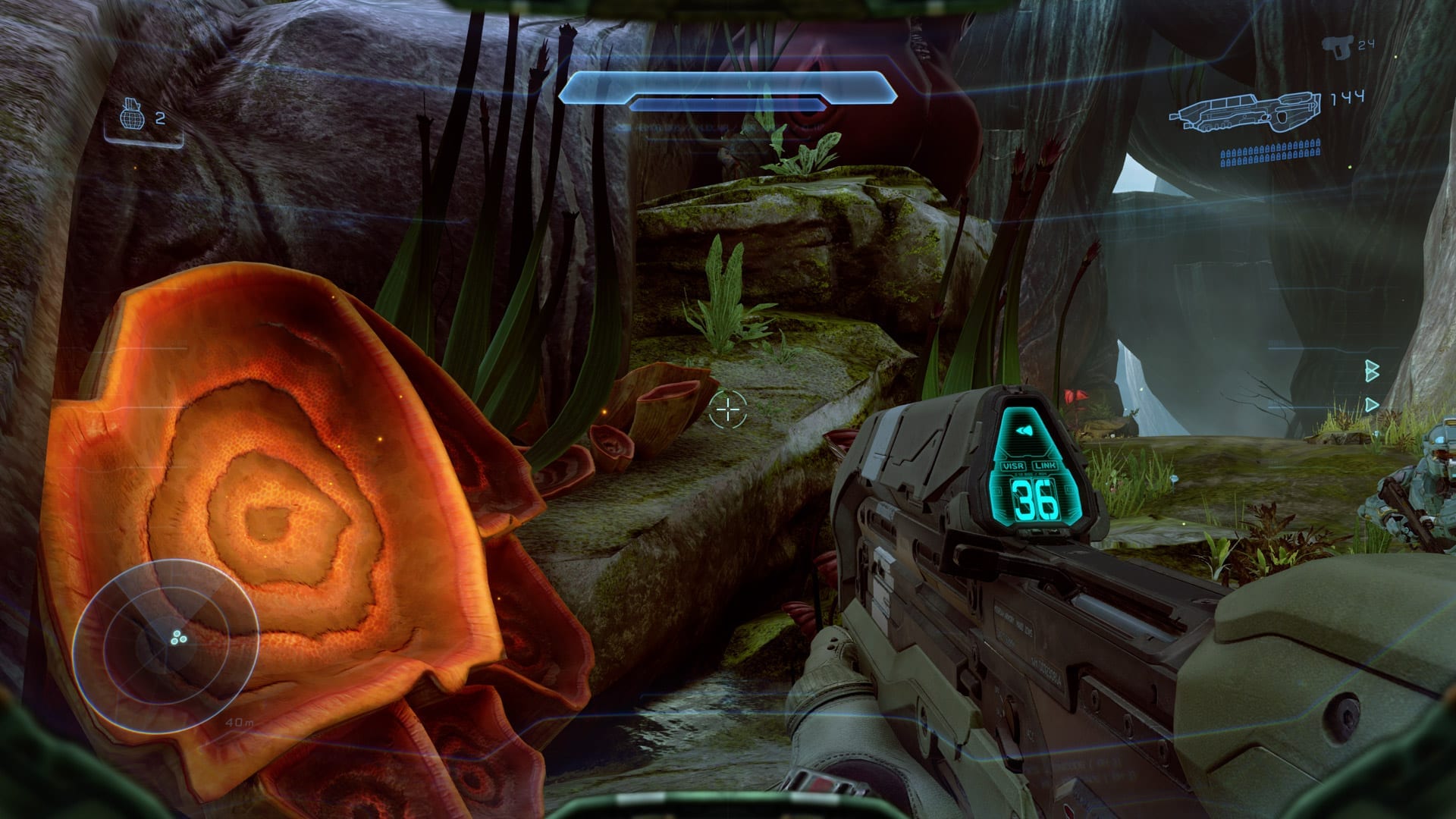 If you want a more direct comparison, perhaps we should take a look at Halo Combat Evolved Anniversary.

This game took the original Combat Evolved and gave it a graphical overhaul. The great thing about this game was there was a button to switch between graphic modes. Halo Combat Evolved Anniversary launched in 2011. Here’s a comparison between what it looks like now vs what it looked like back in 2001: 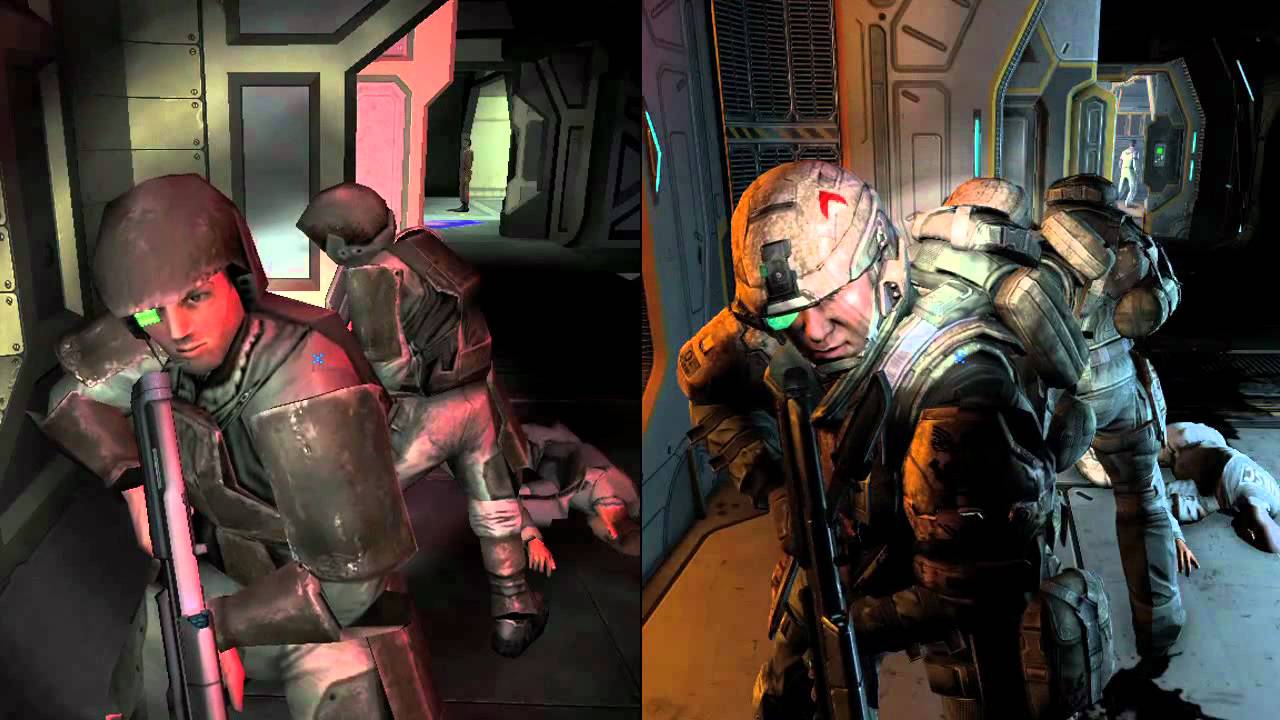 A lot has changed about Halo over the years. The original franchise slowly progressed in terms of graphical fidelity. Eventually, Bungie split off into two teams, with 343 Industries taking the Halo helm and Bungie’s existing crew moving to work on Destiny.

Ever since 343 Industries, the aesthetic for many weapons and armor pieces has changed radically, including some major changes to the Master Chief’s iconic armor.

The Legend of Zelda has been around since the 1980s, but to make things fair, we thought we’d compare the first 3D game of Zelda, which was Majora’s Mask, to Breath of The Wild, which launched earlier this year.

The Legend of Zelda was a turning point in 3D action RPGs – it made a huge mark in gaming history. Here’s what Majora’s Mask looked like back in 1998: 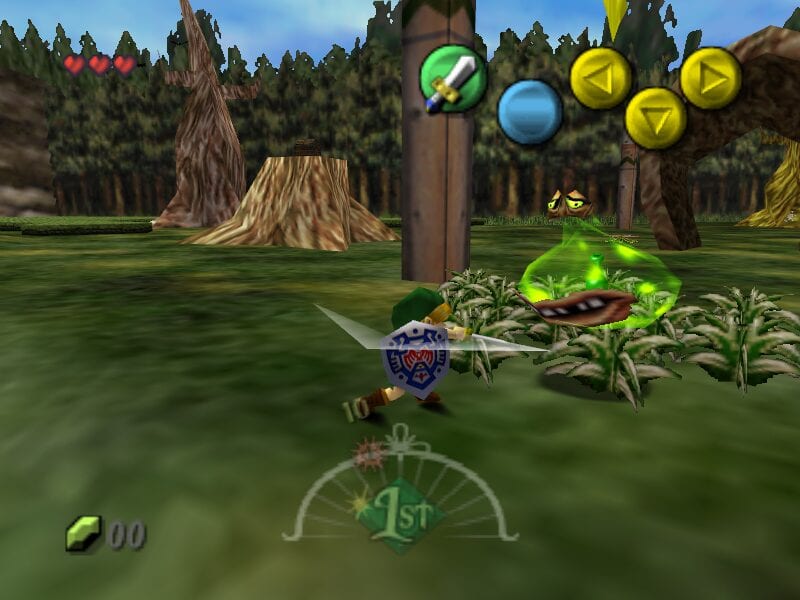 With the latest Zelda game, Breath of The Wild, the graphics have made a huge improvement. Despite the improvement, Nintendo has managed to keep true to the 3D Zelda art style. Here’s an image of Zelda today: 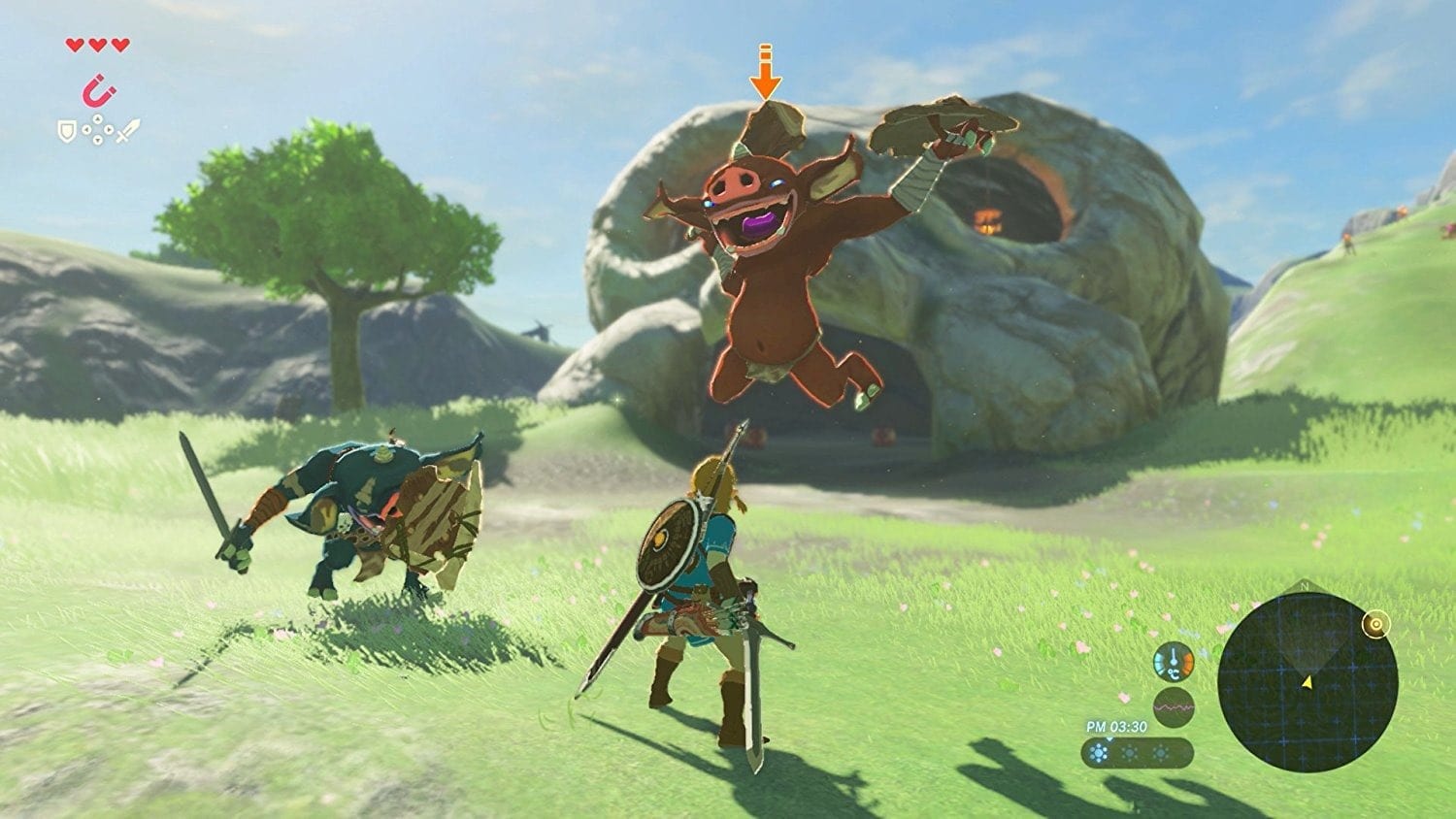 Things have come a long, long way. The graphics are a big noticeable change, but the gameplay has evolved, too. Breath of The Wild takes Zelda into open world territory and gameplay is far more engaging.

Many things that made Zelda special make a return in Breath of the Wild. This includes things like challenging puzzles and Nintendo’s smart use of unique game mechanics.

Mortal Kombat has always been one of the most brutal video games in gaming history.

However, back in 1992, NetherRealm didn’t have the ability to truly showcase the blood and gore in a way that shook players as much as they’d like to. Here’s what a Fatality looked like back in 1992. 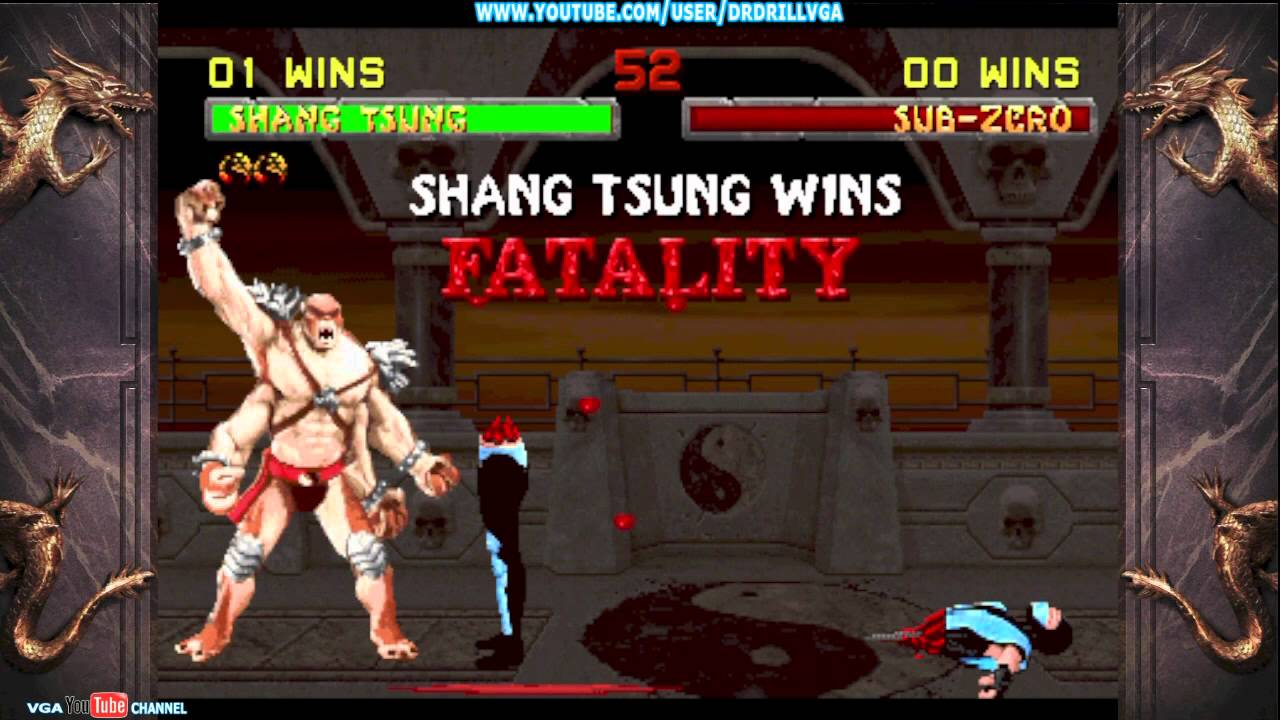 Let’s be honest, things were pretty gruesome, but they can’t compare to the Fatalities in Mortal Kombat X. Here’s an example. 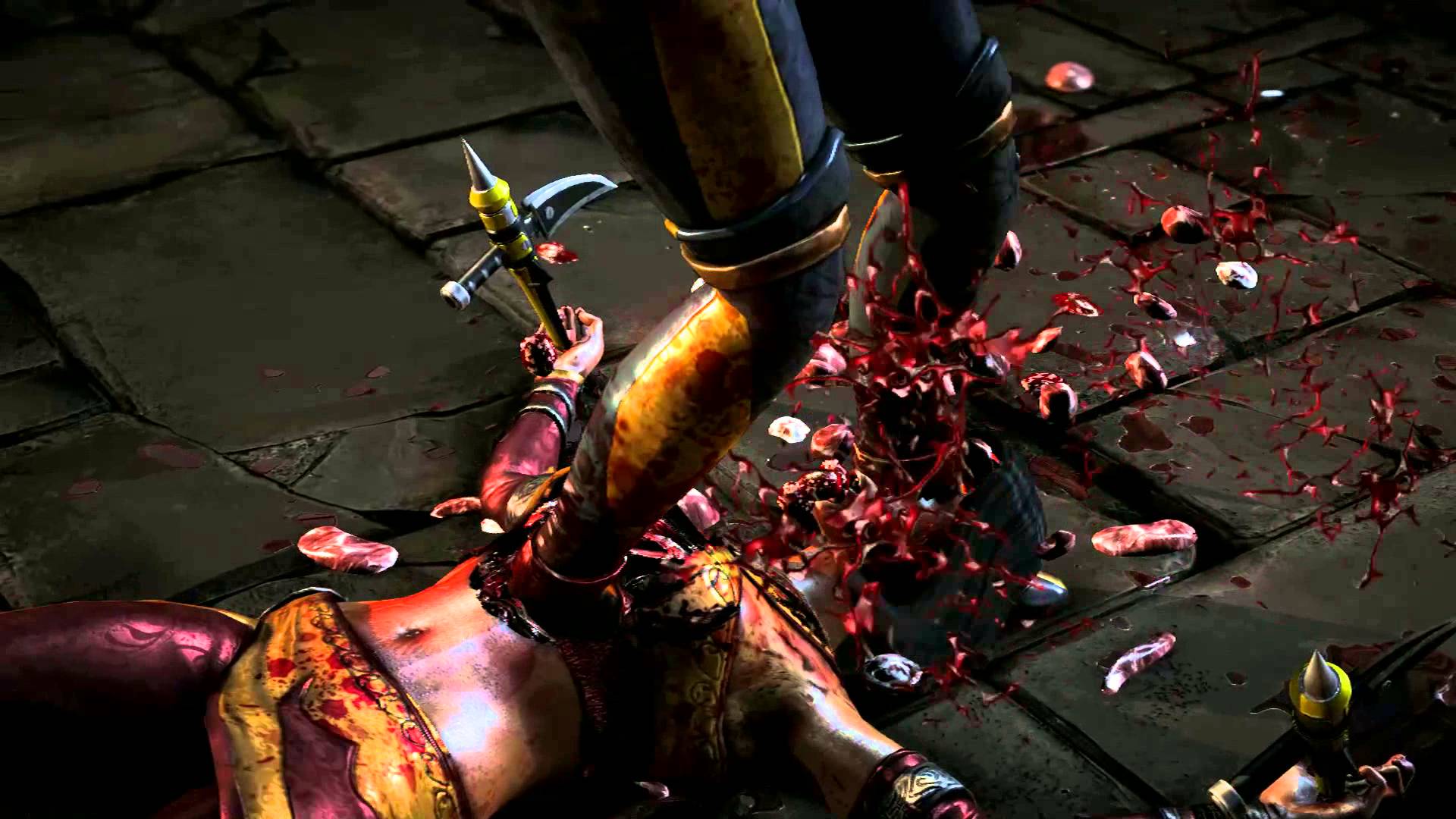 The character roster is much larger and characters are balanced enough to make Mortal Kombat X more competitive than any Mortal Kombat game before it. 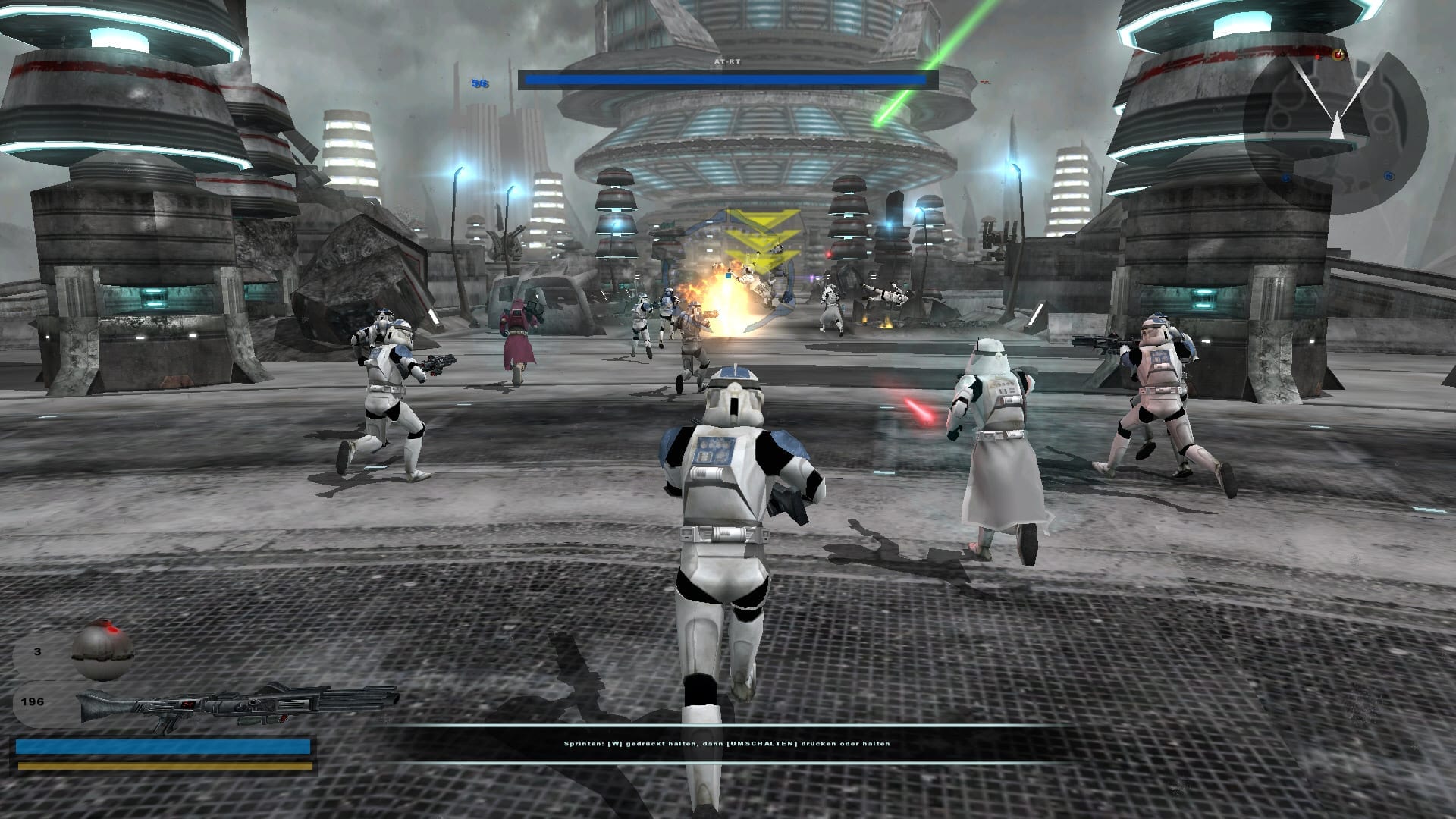 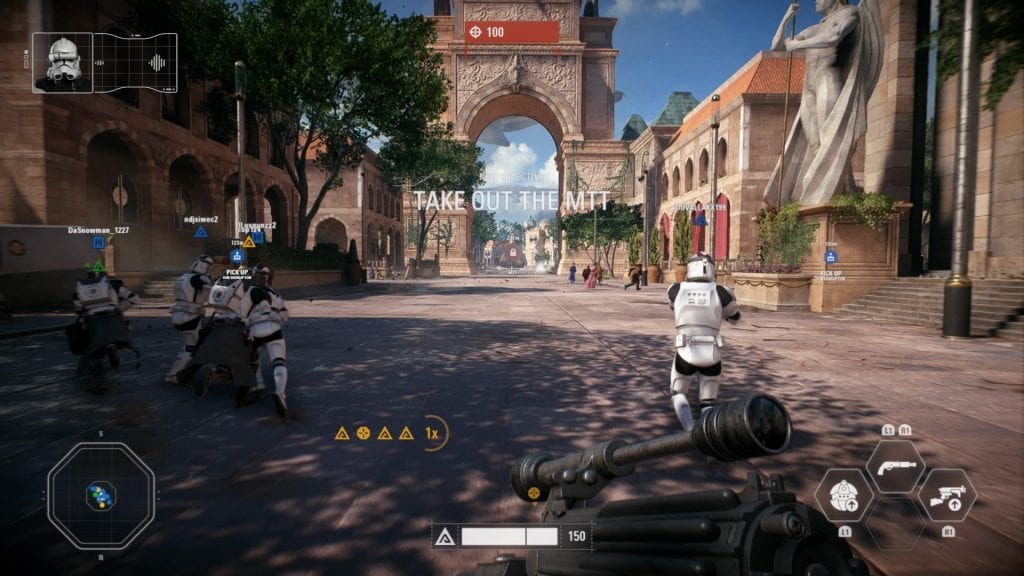 DICE has done an incredible job of capturing not only the visual elements of Star Wars but also the audio elements.

There’s no denying that the new Battlefront 2 is a cinematic masterpiece. It’s just a shame that the business practices of the video game industry have evolved so much in the past 12 years as well.

The new Battlefront 2 may look nicer, but the older one still plays nicer and is without progression-blocking microtransactions.

Are you impressed by the improvement in video games over the past 20 years? It leaves us wondering one very important thing – what will video games look like in 20 years from now?

Could it be possible that games could improve as much as they have again over the next 20 years? How far can we go before games look just like real life? Games are pretty close already, so it’ll be interesting to see how they evolve next.