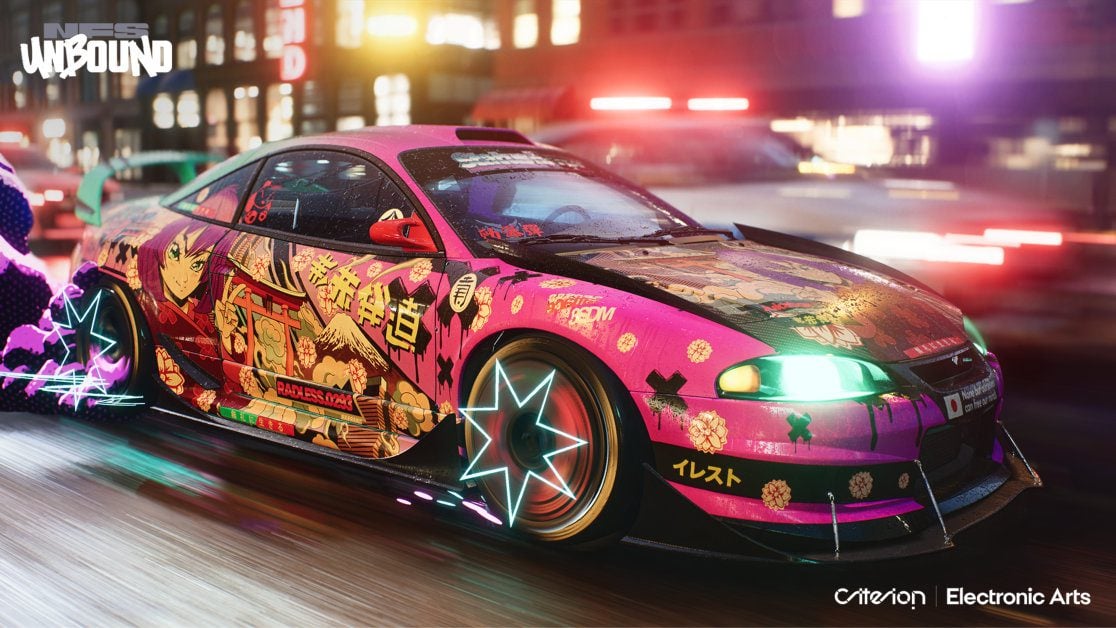 Need for Speed Unbound has had nearly an hour’s worth of gameplay footage leaked only days ahead of its release this week.

It’s been a few years since we’ve had a new Need for Speed title, the last being NFS Heat in 2019. Arguably, the series hasn’t quite hit the dizzying heights since the two Underground games of the early 2000s as well as Hot Pursuit in 2010. So, fans are hoping that Unbound is a return to form for the series.

However, ahead of its launch, later this week, gameplay videos have leaked for Unbound. Shocking, we know. Three videos were uploaded to the YouTube channel MrCarrot1890.

The first Need fro Speed Unbound gameplay video featured in this article shows off some car customisation as well as some racing action. Furthermore, in it, we see a classic Volkswagen Beetle.

The second video features more of the same, but in a lot more detail. In particular, we see a snazzy Lamborghini being customised and then taken for a spin on the streets.

Interestingly, as pointed out by Eurogamer, despite the videos being uploaded to the YouTube channel MrCarrot1890, they seem to have originated from the Twitch channels belonging to Chocolove95 and gerrykurlsucks.

What’s more, if you’re worried about spoilers of the none-car accessory variety, then fear not. The videos feature mostly gameplay and customisation, and not story details from the campaign. Not that the Need for Speed series is known for its compelling storytelling.

NFS Unbound is out tomorrow, for some

What are your thoughts on the leaked gameplay videos and are you looking forward to the latest NFS title? Let us know across our social media channels.