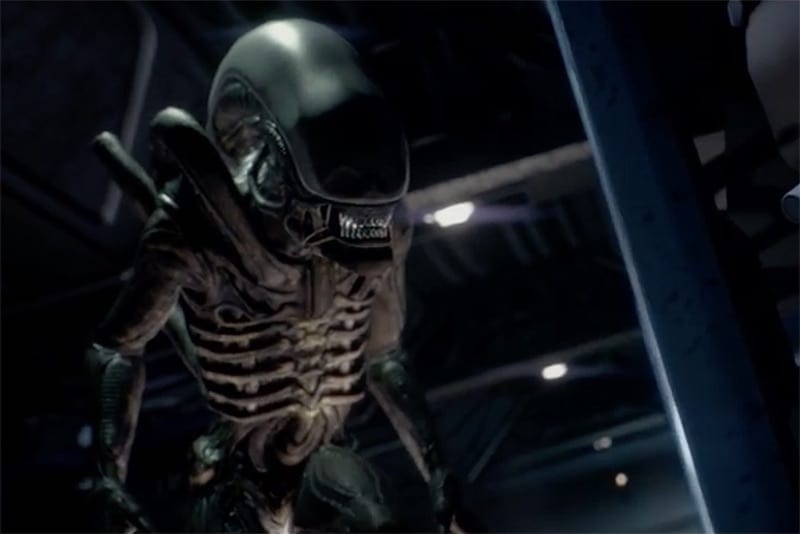 Is Netflix secretly sitting on a completed Alien vs Predator anime and saving it for a rainy day? It could be! While the streaming giant is known for hosting horrors like Castlevania and Attack on Titan, and Alien vs. Predator anime could be a huge hit for the service.

Since Ridley Scott’s Alien in 1979 and John McTiernan’s Predator in 1987, Xenomorphs and Predators have become staples of the sci-fi horror genre. These worlds spectacularly collided in comics, video games, and movies, leading to a crossover we probably always knew we needed.

The idea of Xenomorph versus Predator first appeared in a Dark Horse comics story in 1989 and soon grew from a tiny acorn. These days, the franchise is best known for 2004’s Alien vs. Predator and the abysmal Aliens vs. Predator: Requiem from 2007. Although the two have stayed separate ever since, the latest rumours hint they’ve secretly come together behind the scenes.

According to the Perfect Organism Podcast, the project is already completed and presumably waiting in stasis somewhere. The site explains, “Before 20th Century Fox completed their merger with the Walt Disney Company, Perfect Organism: The Alien Saga Podcast was in regular contact with several key players at Fox.

“During that time it was revealed to us that an Alien vs. Predator anime was completed for Netflix and then never released. It is unknown if and/or when it will be released.” AvP Galaxy notes that the expanded universe character of Olivia Shipp was tipped to get her own series of animated shorts — including one based on the 2019 novel Alien: Echo.

So what does this mean when it comes to the anime? In all likelihood, the box office bombing of Requiem forced Fox to change direction. Although a third AvP movie was planned, the franchises branched off into Nimród Antal’s Predators and Shane Black’s The Predator as Scott returned to his series with Prometheus and Alien: Covenant.

Anime is more popular than ever, meaning it’s easy to see why an Alien vs. Predator anime could cash in on the bloody violence of the genre without being constrained by a theatrical release. Sadly, Disney’s recent acquisition of Fox likely scuppered the idea. Only last year, Fox released a series of live-action shorts to celebrate Alien‘s 40th anniversary, however, there’s been no move on when we’ll revisit LV-426.

Now that Disney owns both franchises, this mythical AvP anime is probably going to stay in limbo. It’s hardly the kind of outing you’d expect to find on the family-friendly Disney+. That being said, Hulu seems to be the next place for Fox’s more adult creations, meaning we COULD see the anime eventually find a home there.

Ultimately, it’s all whispers for now. Sorry guys, you aren’t getting a nice warm face-hug from an Alien vs. Predator anime just yet!