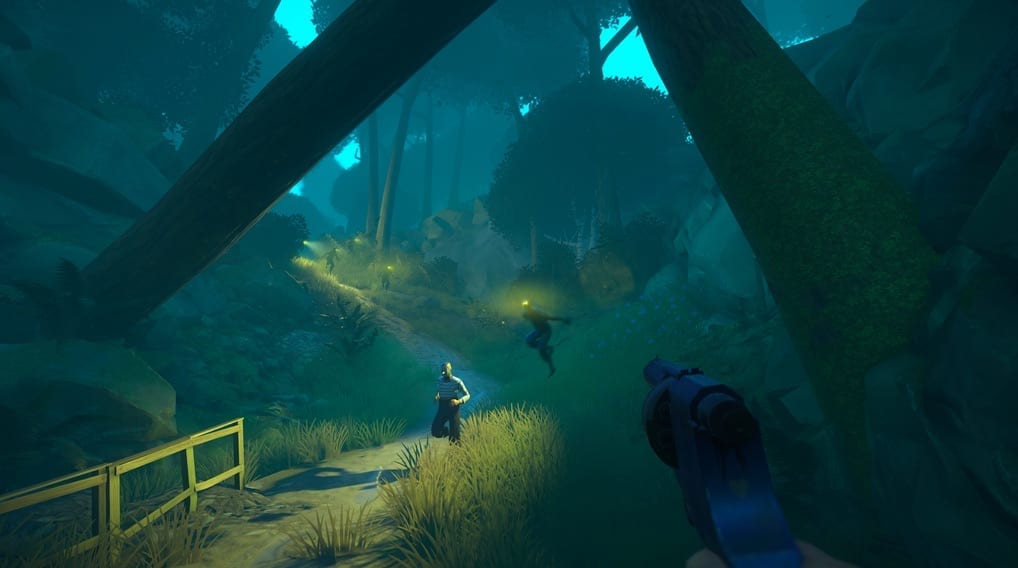 Zombie-fighting games used to be some of the most popular titles on the shelves, but as the infection spread and more and more developers jumped on the bandwagon, they’ve slowly fallen out of favour.

However, if there’s one thing that can revive a genre it’s innovation, and it looks like we might finally have that in an upcoming Steam title known as Pandemic Express [via UNILAD].

Unlike your typical fight-to-survive zombie shooters, this FPS will see 30 players lobby it out against a human-controlled swarm of infected, meaning yes, if you get bitten it’s definitely not game over – you just switch sides.

In a trailer on YouTube, developer tinyBuildGAMES writes: “You spawn in a train station with other survivors. One of you turns into a zombie and infects everyone.

“Get to the train to escape from the infected, or get caught and hunt remaining survivors. A new type of multiplayer game by tinyBuild. Sign-up for the alpha – https://pandemicexpress.com“

The game will be playable from tomorrow (May 2), and you can sign up for the alpha right here.

The video is seeing a lot of love on YouTube, with one commenter writing: “WOW this actually looks really fun. I love the setting for it as well. Looking forward to its release!”

Another echoed the sentiment, saying: “This looks…. Amazing!!! It’s truly different from other zombie games.”

Well, you can’t disagree with that!

“In Pandemic Express – Zombie Escape, a group of human players try to outrun a human-controlled swarm of infected,” writes tinyBuild. “Everyone spawns in a train station until one is randomly infected and needs to turn fleeing survivors into zombies. Survivors try to escape by train. Think Zombie Escape mods set in a large open world.”

Are you keen to check out Pandemic Express – Zombie Escape?