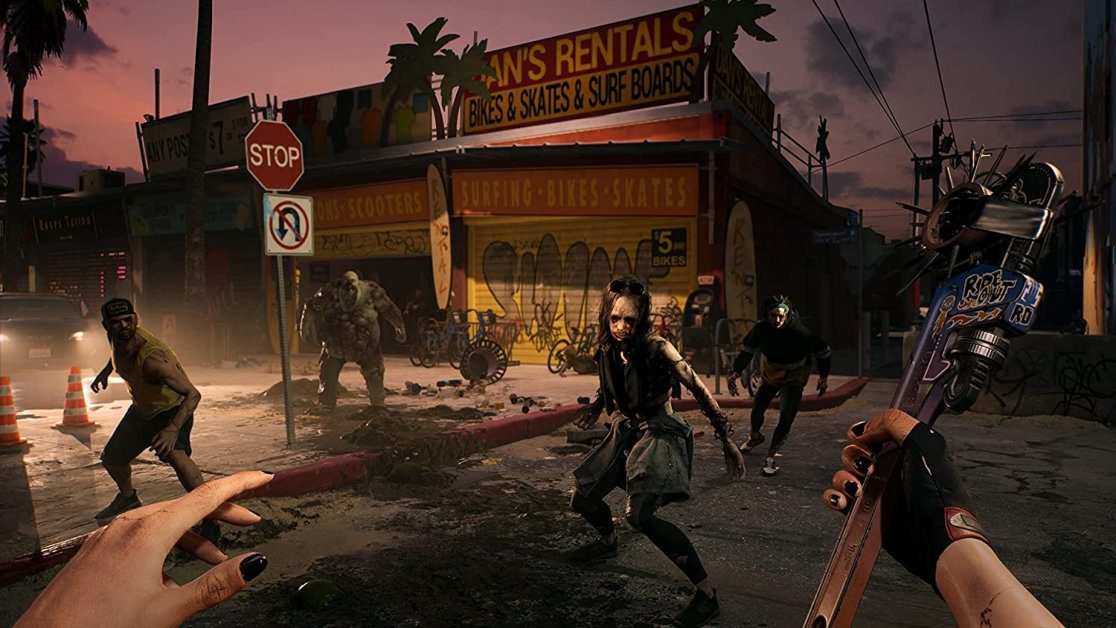 We were treated to a re-reveal of Dead Island 2 in August 2022. This was following its original E3 reveal in 2014, which then proceeded with a long eight-year hiatus in development hell. During that time, Dead Island 2 had switched multiple developers and many feared that the game would never be released.

Dead Island 2 has a new lease on life!

Alas, after waiting nearly a decade, the re-reveal of 2022 did not disappoint. The gameplay captured the vibe of its 2014 cinematic trailer with gory, high-octane, tongue-in-cheek ass-kicking fun.

During the November 2022 offerings, we were introduced to one of the six playable characters in the game. Oh, as well as an Alexa collaboration. Seriously, Amazon Alexa will help you to kill zombies in Dead Island 2! We were also treated to a live-action short movie.

Previously we met Jacob, however, in the latest gameplay trailer we are introduced to Amy. Obviously, the zombie-infested Los Angeles (or Hell-A as it’s known in-game) is a dangerous place. From Beverly Hills, the shores of Santa Monica and the not-so-glamorous location of Hollywood have quite literally gone to hell.

Yet that won’t stop Jacob and Amy from teaming up to have an absolute blast as they fight to survive in this zombie-infested post-apocalyptic world.

In order to survive, not only will players have to use their wits, but they can learn new skills, upgrade weapons, fight the undead head or utilise parkour skills to make a swift getaway. Players will have katanas, machetes, hammers, guns and more at their disposal. Unless of course, you wanted to punch and kick zombies in the face. So, you can do that too.

Flesh has a new meaning!

Furthermore, Dead Island 2 features a mechanic called F.L.E.S.H (the Fully Locational Evisceration System for Humanoids). F.L.E.S.H is a: “cutting-edge technology designed to deliver the most gruesome zombie experience ever seen in a video game.”

Finally, as previously mentioned, Dead Island 2 will be Alexa-compatible. Players will be able to use their voice to enable Alexa to trigger in-game commands with extra ease. However, at this time, the Alexa function will only be available for PC and Xbox, in the United Kingdom, United States and Canada.

After suffering another delay, Dead Island 2 will now release for PC, PlayStation and Xbox on April 28th, 2022. Did you enjoy the latest Dead Island 2 gameplay trailer? Let us know across our social media channels.