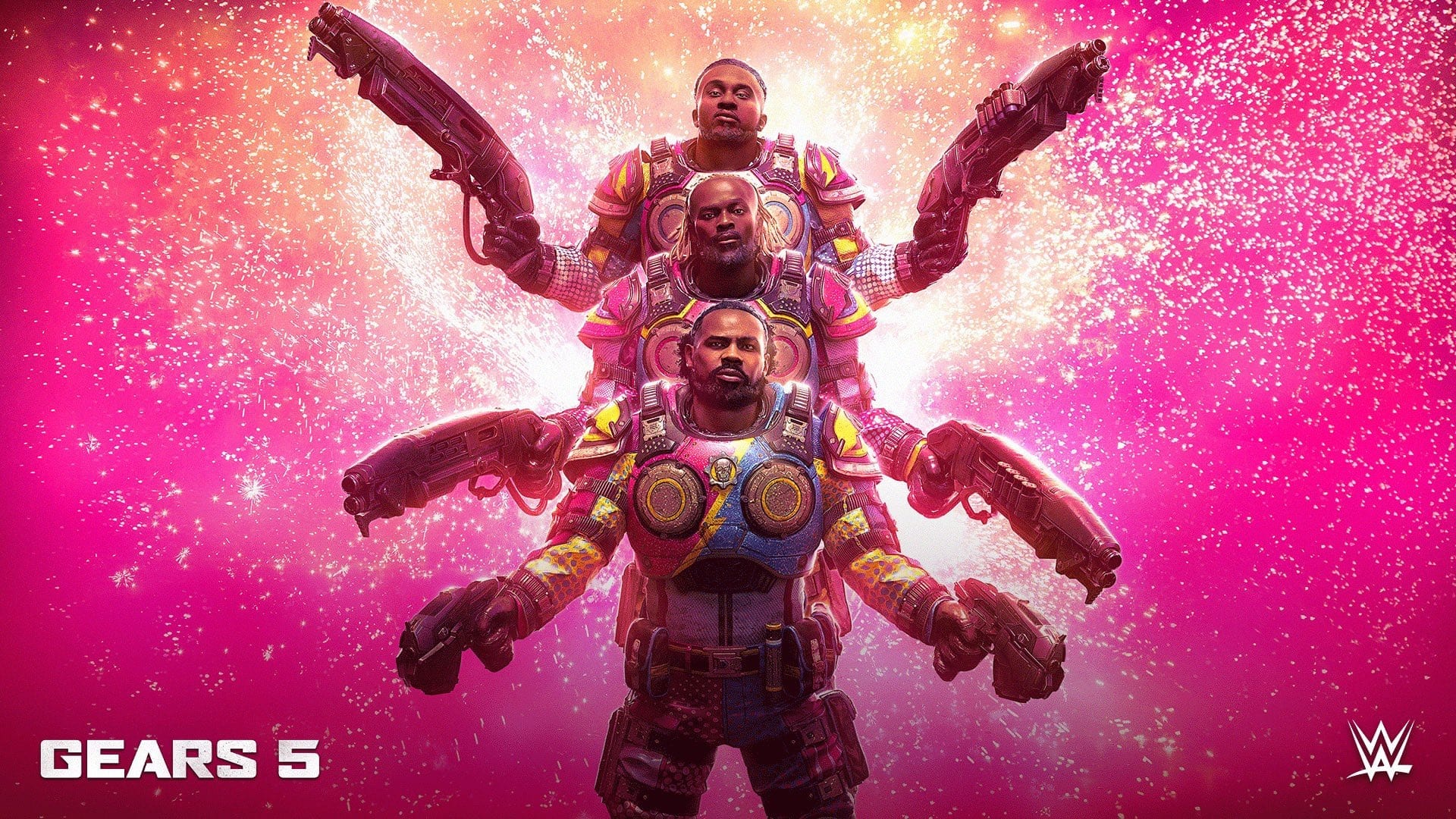 It has been announced that the WWE favourites the New Day will be playable characters in Gears 5, as revealed by group member Xavier Woods.

Just last year, WWE legend Batista, a.k.a Drax from Guardians of the Galaxy, was made as a playable DLC character for the multiplayer of Gears 5. When announcing that Gears 5 was to be fully optimised for Xbox Series X|S, Microsoft revealed that you could replace Marcus Phoenix with Batista as a playable character in the campaign.

However the entire New Day are the latest WWE superstars to make cameo appearances in Gears 5.

Xavier Woods (or as he’s known on his popular YouTube channel Up Up Down Down “Austin Creed”) is an avid gamer along with Big E and Kofi Kingston.

On his Twitter account, Xavier Woods said: “After playing Gears of War for years (& readying the books) I’m happy to announce that myself, Kofi, Big E somehow convinced them to make us playable DLC characters in Gears 5.”

As a fan of the Gears franchise, WWE and the New Day this is great news. However, as much as I love Gears 5, I still can’t help but get frustrated with constantly being killed in multiplayer via the shotgun weapon known as the “Gnasher”.

Xavier Woods had a stark warning for those that are also infuriated by the Gnasher. Woods continued: “If you thought getting popped by gnashers got on your nerves, wait until it’s us doing it.”

Each of the three New Day members not only has their likenesses in Gear 5 but their COG armour is also kitted out in their recognisable yellow, blue and pink colour scheme.

I just hope that if it’s possible for the developers at The Coalition to also incorporate the signature New Day dance celebrations as emotes!

Are you happy to see the New Day in Gears 5?  Let us know by reacting to our Emoji’s below.