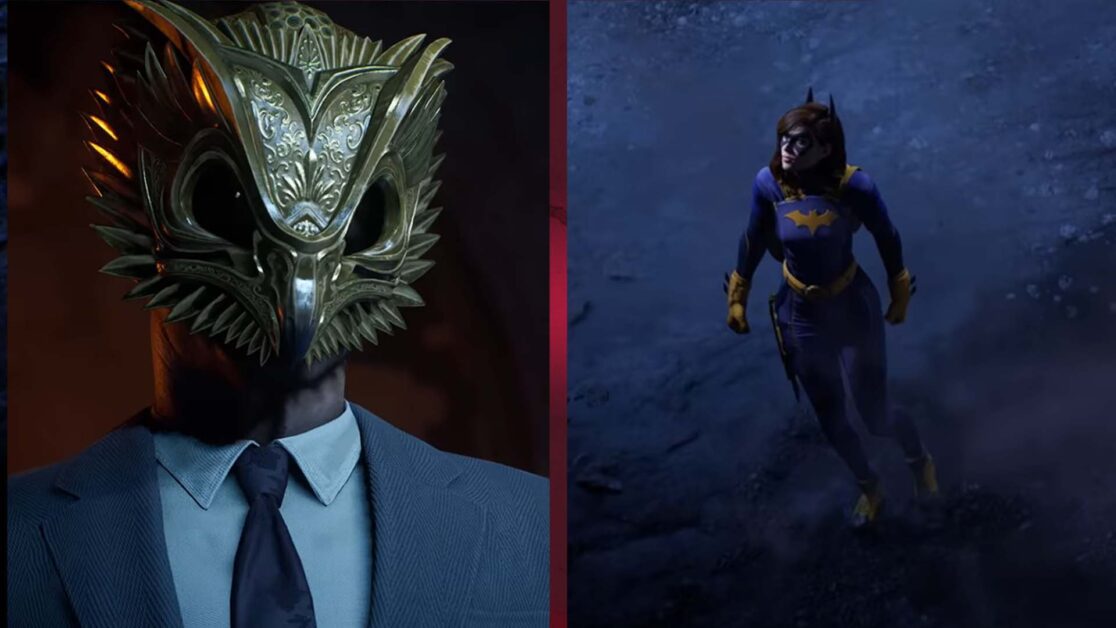 Gotham Knights has received a new trailer at the DC Fandome and it gives us a much closer look at the terrifying Court of Owls.

First revealed at the DC Fandome last year, Gotham Knights has been a long rumoured title. Originally thought to be a Rocksteady sequel to the Arkham series, it’s actually a standalone spin-off developed by WB Montreal. You might remember that team as the one that worked on Batman: Arkham Origins.

While only teased at the end of the last trailer, the Court of Owls sit front and centre in this new showing. They’re an underground organisation that runs completely in the shadows. Pulling at the strings of everything in Gotham, you get a real sense that the heroes of Gotham Knights have no idea what they’re meddling with. Watch the new trailer for yourself here!

No new gameplay, yet!

There’s sadly no new gameplay to be seen this year, but we do get a much deeper look at the story and characters. We’ll play as Batgirl, Nightwing, Red Hood, and Robin as they attempt to take down the Court of Owls. There’ll no doubt be several other classic Batman villains along the way, though. Last year’s trailer showed off an epic showdown with Mr Freeze.

Gameplay seems to take much more inspiration from RPG mechanics with enemies having level counters and health bars. The whole game is intended to be played with drop-in co-op, so you and a friend can take down the Court of Owls together.

There’s no news of a concrete release date as of yet – Warner Bros. is holding firm with its window of 2022. That’s the same release period for Rocksteady’s upcoming Suicide Squad game. Where Gotham Knights is an unrelated spin-off, Suicide Squad is a direct continuation of the Arkham series. We’ve identified a few easter eggs that you might have missed in that trailer.

What did you make of the latest Gotham Knights trailer? Let us know across our social channels!

Don’t forget, you can find some of these great games and more through the new GameByte Shop! We’ve stocked our store up with the latest games, merch and accessories. We might even have a new-gen console or two! Sign up for our newsletter to be notified of our console drops. Please note the GameByte Shop is available for UK customers only.