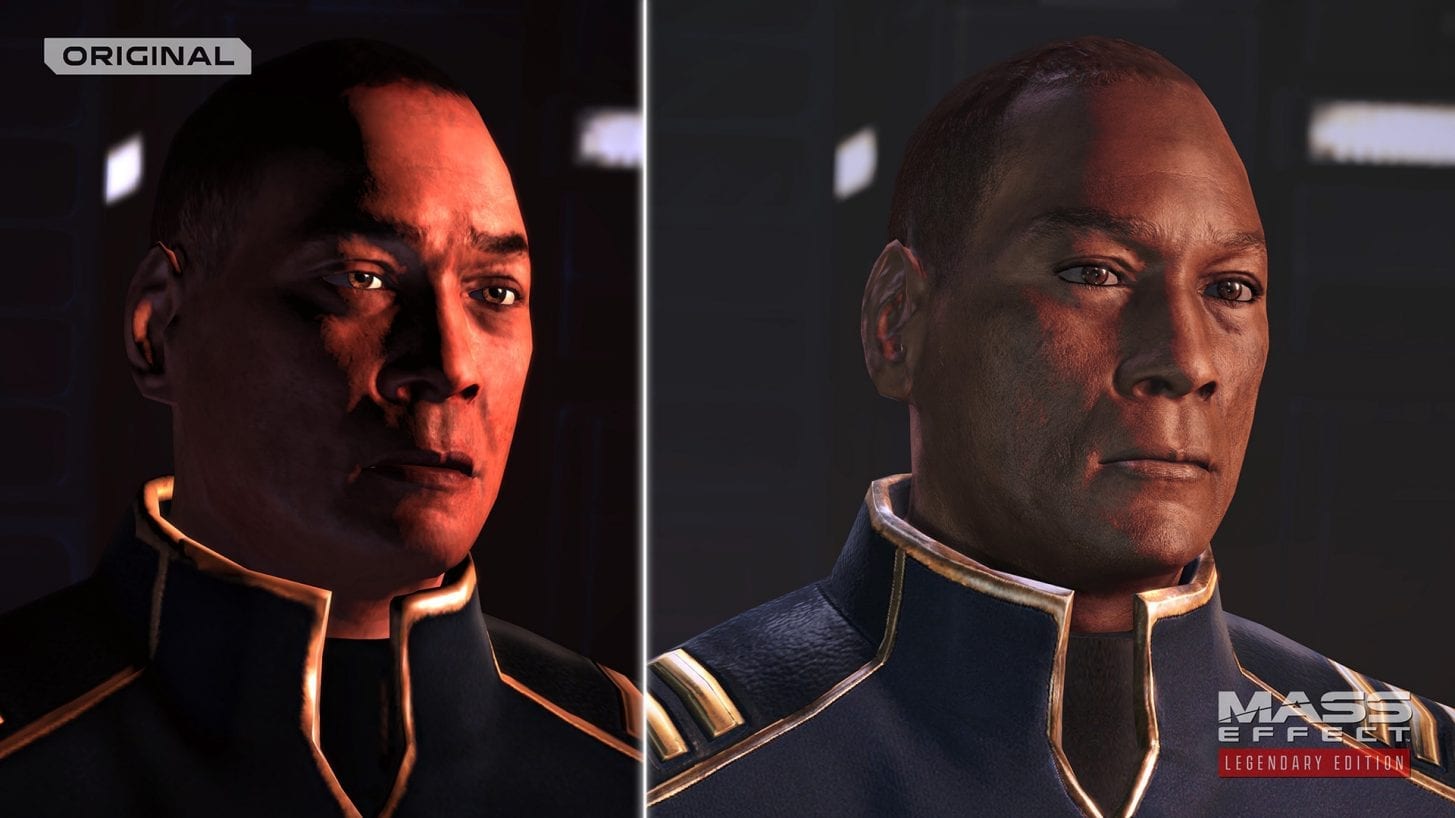 BioWare has dropped a new trailer for Mass Effect Legendary Edition and many fans haven’t been left feeling all that impressed.

The trailer in question highlighted the visual upgrades made to the three remasters included in the Mass Effect Legendary Edition.

In my humble opinion, for the most part, I thought the side-by-side comparison looked better than the originals.  In particular, I thought the scenes that featured the Mako and the surrounding environments looked to be improved upon.

However, while not all of it was bad, most of the issues that gave fans a negative reaction were with the character models, and mostly, I’m inclined to agree.

In the description of the comparison video uploaded to YouTube, BioWare says: “Check out a side-by-side comparison of the stunning environmental, character, and visual effects improvements waiting for you – the people, places, and tech you know and love have never looked so good.”

In the YouTube comments, the response seemed to be quite positive on the topic of the comparison trailer.

“You don’t need to hype me up more guys. I’m already sold,” said one comment.

“Damn Garrus, these are some good calibrations,” said another.

However, it seems that the response on Twitter was an almost polar opposite to that of YouTube.

“I’m super excited for this but, what is going on here? The OG shot looks FAR better” said a follower on Twitter.

Another follower wasn’t too impressed with the ‘improved’ character model of Admiral Anderson, offering a rather extreme comparison.

“Ummmm maybe take another shot at Anderson. I can’t quite pin it down but he looks like a burn victim. Idk just something about this looks way off to me.”

“Is that it? It’s an improvement, but it really isn’t that great. Look at Gears of War 1 and you can clearly see the major improvements, but this just looks average at best,” said another.

Though in defense of the comparison trailer, if you can watch it on a 4K screen and not a compressed Twitter video, the trailer will at least look a bit better. You can find out more about the improvements on the BioWare blog.

What are your thoughts on the latest Mass Effect Legendary Edition trailer? Let us know across our social media channels.

Mass Effect Legendary Edition will be released for PS4 and Xbox One on May 14th.  It will also be backward compatible for PS5 and Xbox Series X|S.

Have you pre-ordered a copy of Mass Effect Legendary Edition?  If not, you can secure your copy from the GameByte Shop now!