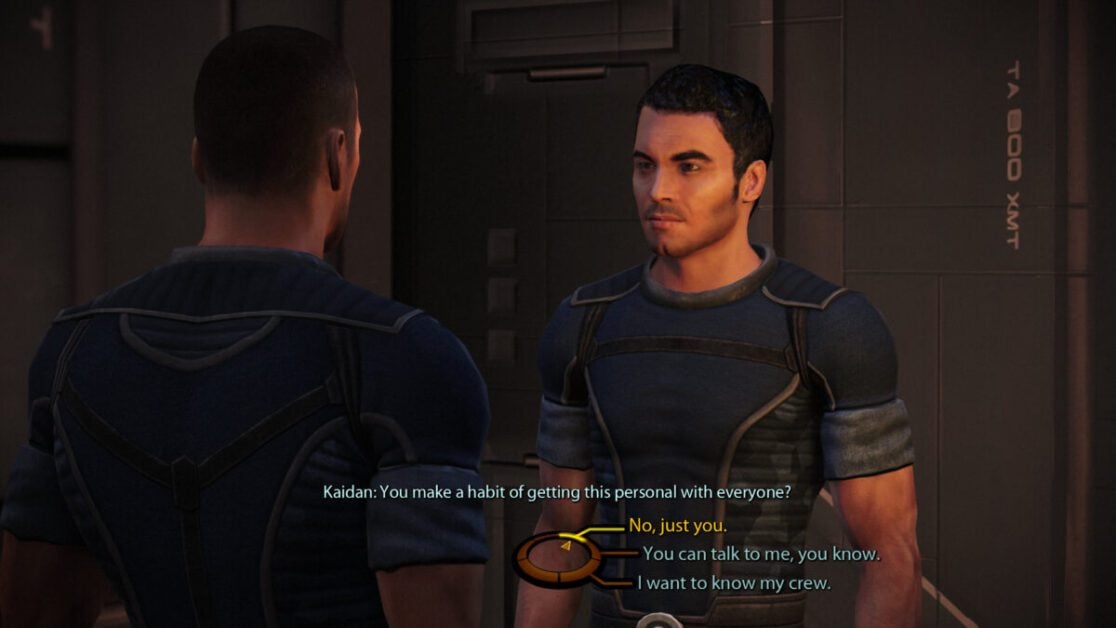 Thanks to a Mass Effect mod, the queer romance option for Kaiden and Ashley has been restored by using unused game files.

As reported by TheGamer, the romance dialogue options for both Kaidan and Ashley were meant to be included in the original game. However, the decision was made to cut those particular romance options. So now gamers can actually play Mass Effect as originally intended.

There have been previous mods giving the player the choice of romancing Kaidan and Ashley in a queer relationship. However, this mod will allow the player to romance the duo as both MaleShep and FemShep.

Unlike some mods that attempted to restore the original romance options for Kaidan and Ashley, this mod feels authentic due to the unused game files.

All the dialogue and scenes are properly voiced, and animated. Furthermore, whatever romance option you choose, Shepard won’t be referred to as the wrong gender. This mod is about as official as you can get, without it being an official mod.

Additionally, the romances with Kaidan and Ashley will no longer be automatic. You as Shepard must choose to flirt with either of the duo in order for a romance to begin.

This mod can be downloaded now via Nexus Mods. However, it’s worth mentioning that it will only work with the English-voiced version of the game.

Will you be downloading this fantastic new romance mod for Mass Effect? Let us know across our social media channels.