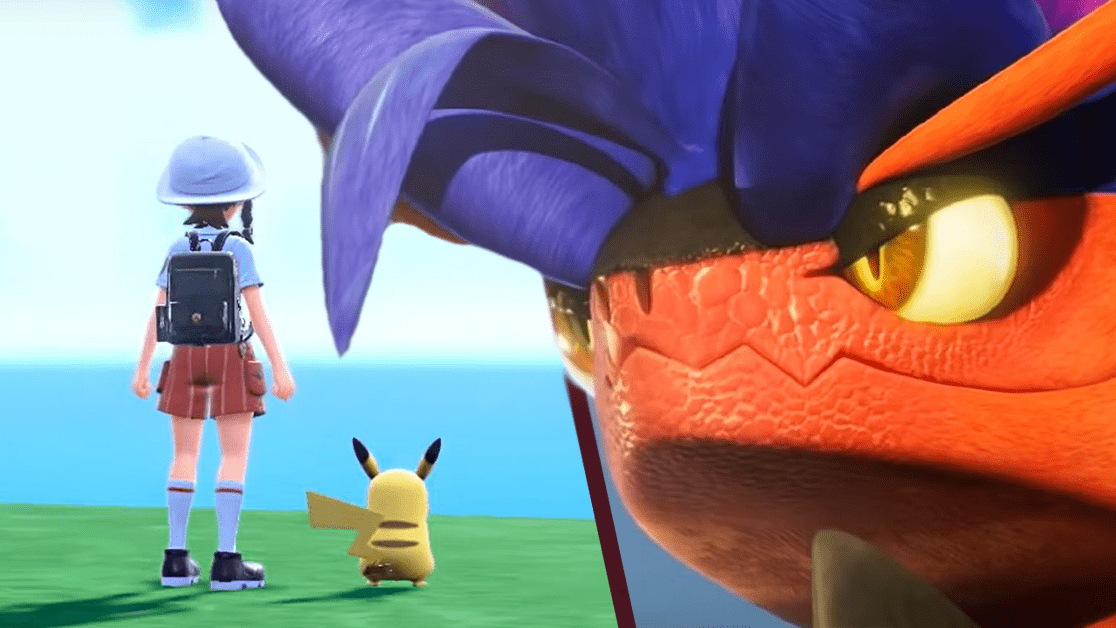 New details have surfaced for Pokemon Scarlet and Violet in today’s Pokemon Presents. Still gunning for a November 18th release date, the past and present features alongside this generation’s new gimmick have been detailed.

You can pre-order Pokémon Scarlet and Violet right now for £43.95.

What new features have been revealed in Pokemon Scarlet and Violet?


Some land-standing rumours have been confirmed in today’s new trailer and breakdown reveal of Pokemon Scarlet and Violet. Let’s break them down one by one below:

A new gameplay mechanic has been revealed


This generation’s mechanic is known as Terastallize. This means a Pokemon can undertake a new transformation and take on a new type as a result. Typings can vary even between two of the same Pokemon breed.

A new spin on raid battles


This is how players will find rare Terastalliza typings more easily in the wild. Much like Sword and Shield, up to four players can take on a raid and can heal/battle in real time. Don’t worry, working as a team to take down and catch the special Pokemon is still key!


The Pokemon company really want this to be a solid confirmation of their full switch over to an open-world setting. Towns and cities are now seamless with wild adventure areas.

Were any new Pokemon revealed?

Any information on the story?


We now know players will enroll into an (as of yet) unnamed Pokemon Academy and embarck on the “Treasure Hunt” journey. This time around, players can experience three separate storylines.

The first is the traditional gym and Pokemon League gameplay we all know and love, only players can now complete this in any order they like. The other two stories are yet to be confirmed, but the Pokemon Company have promised a few surprises in-store!

Give us the details on multiplayer!


Now including up to four players, trainers can now explore the Paldea region together in real-time thanks to the use of union circles found in the wild. Catch, battle, trade and raid together in this new take on Pokemon multiplayer.

Where can I rewatch Pokemon Presents?


We’ve embedded Pokemon Presents 03/08 below. There are some other great announcements to catch too including all the information you need about this year’s Pokemon World Championships in London:

This news piece is currently breaking. We will update the article with live updates as and when they are released.