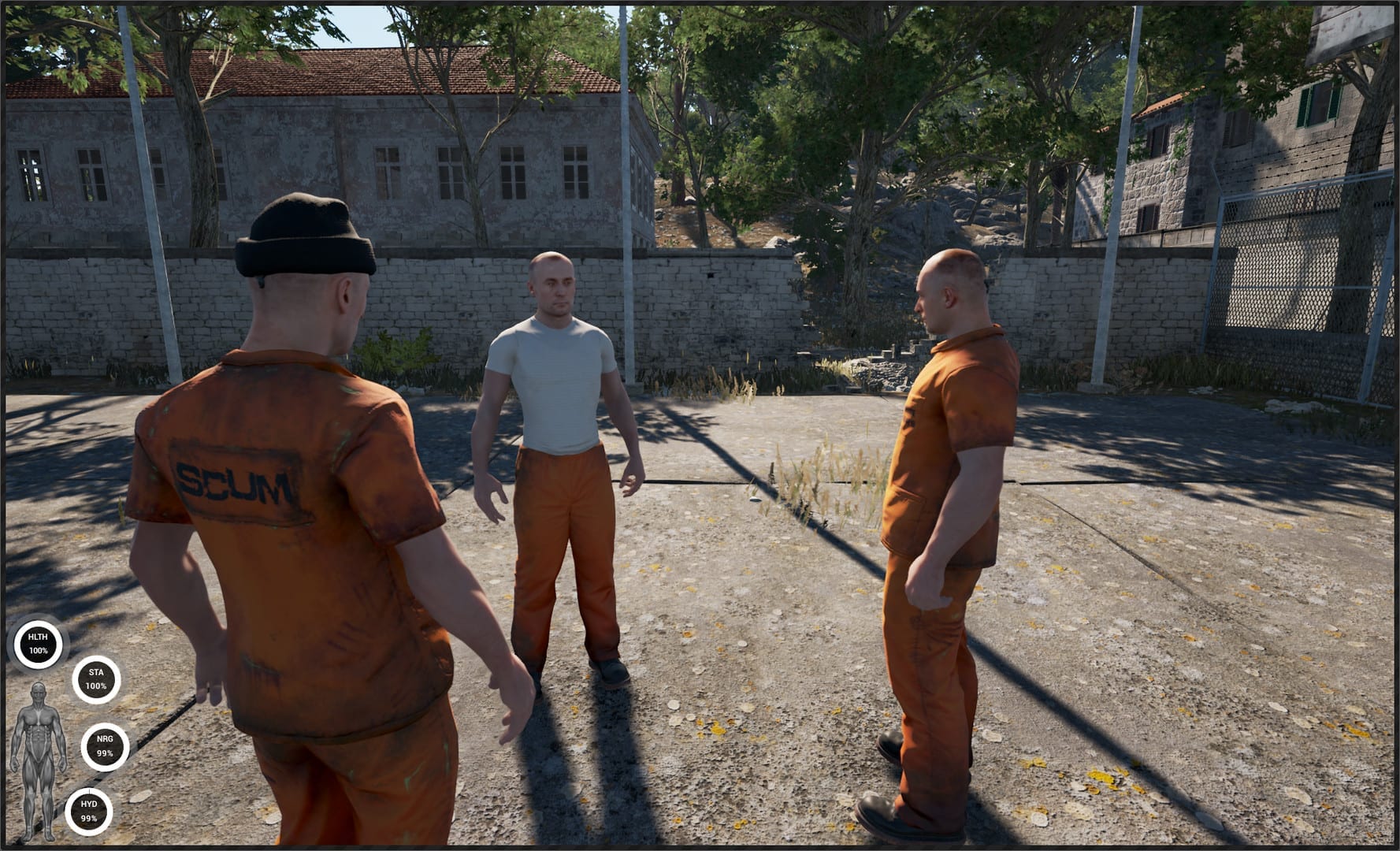 A brand new open world multiplayer game is set to launch later this year and it looks like it could be the best game of its type yet.

The game is called Scum and it is currently being created by an indie development team called The Gamepires.

There’s so much about Scum that it’s hard to wrap your head around exactly what it is all about. In this article, I’ll briefly explain Scum in a quick overview and then I’ll showcase some of the unique gameplay mechanics being worked on for the game.

An Overview Of Scum, The Greatest Open World Game Of 2018

Scum is an open world multiplayer game driven by a narrative and story set out by the development team. Scum has cherry picked survival gameplay elements seen in games like DayZ and Rust and will combine them into a complex, hardcore game that’s very hard to master.

Players will take control of their own character and they’ll be able to take up various activities to improve their character’s strength, agility, and mastery with certain skills.

Players will need to learn new skills whilst keeping track of their needs for food and water to stay alive and well enough to fight against other players or zombies.

With the overview out of the way, here’s a look at some of the game mechanics that make Scum stand out. 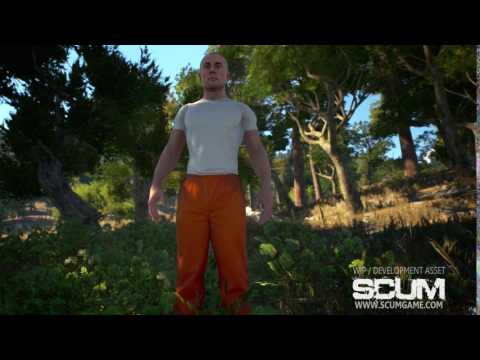 In the video shown above, the unique character customization options available in Scum are showcased.

In Scum, your character’s appearance will change based on what he eats and how often he eats it. Your character will also change in appearance if he engages in physical activity more often. Players will need to work hard to keep their player fit and healthy enough to fight against any threats. 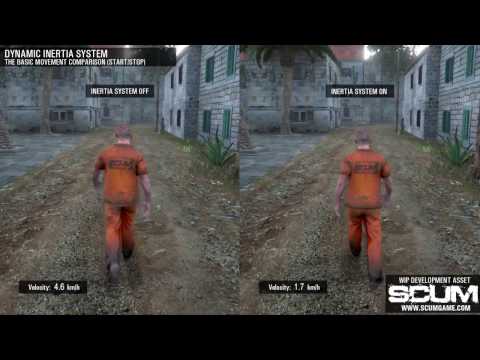 One of the biggest problems that presents itself in games like DayZ is a lack of a realistic movement system. In DayZ the most effective method to dodge gunfire is to zig-zag back and forth until you can get into cover.

In Scum, a system has been designed to make it so players cannot move around unrealistically to dodge bullets. It’s an inertia based system that’ll use physics to make it harder to move in unrealistic ways.

Essentially, the faster you move in one direction, the harder it will be to move in any opposing directions. You can see how the game mechanic works in the video below.

This is such a small gameplay feature, but it will be lots of little innovations like this that will help Scum to stand out. 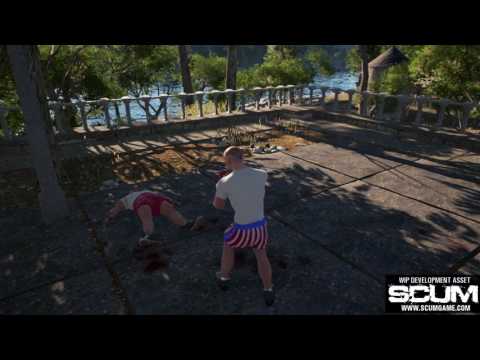 It seems that every open world game out there has absolutely terrible melee mechanics. If you’ve ever tried to pan a player in PUBG or hit a zombie in DayZ, you’ll know what I mean.

The combat mechanics in Scum have been built from the ground up to be a responsive and core part of gameplay.

Players will be able to train themselves in mixed martial arts and the complexity of the unarmed combat in Scum looks more in-line with a UFC game than it does with an open world survival game.

You can watch the video above to get an overview of how unarmed combat works in Scum. 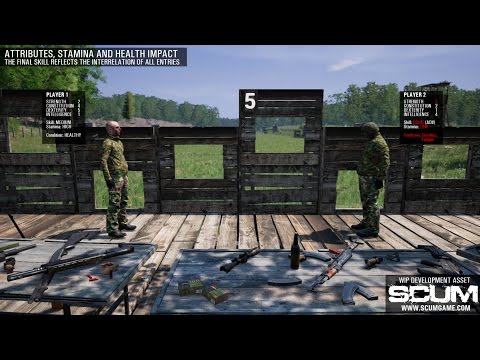 The Scum developers wanted to create gun mechanics that were as life-like as possible and they pulled it off spectacularly.

The different gun mechanics used in Scum would be hard to explain in just a few words, so you’ll be able to get a better understanding by watching the video above.

The basics are pretty simple, however. Gun mechanics are in-line with the mechanics seen in Arma and DayZ. Players will have bullet velocity, weapon range, wind, and recoil to consider when firing at longer distances.

Players will also need to develop their weapon skills. To begin with, players will struggle to hold a gun and fire it in full auto, but as they play for longer, their strength will improve and they’ll be able to handle weapons more efficiently.

If you’re a fan of DayZ, Arma 3, Escape From Tarkov, or even PUBG, you’ll love the weapon mechanics in Scum. 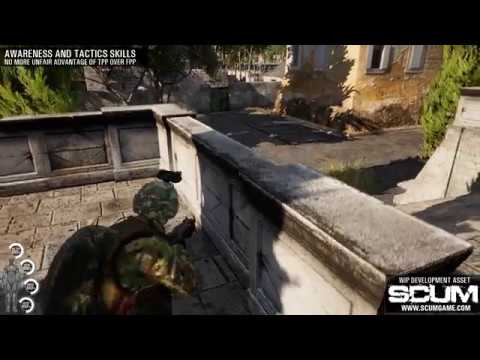 One of the biggest issue with multiplayer games with large maps is render distance. The Scum developers have tackled render distance in a unique way.

Players can improve their eyesight and awareness skill and this will mean that players will render at further distances and you’ll have a better chance to see players hiding in camouflaged gear.

Gamespire also included a community suggested feature that makes it so your vision is blurred if your eyesight is blocked by something.

For example, if you hide behind a wall whilst in third person mode, your vision past the wall will be blurred out so that you can’t camp behind a wall.

A lot has gone into this awareness game mechanic to make it balanced and to make sure that playing stealthily is rewarding. 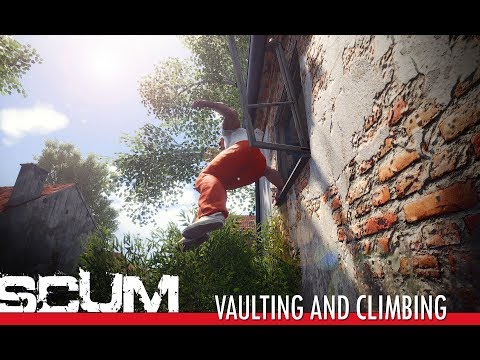 Free movement and vaulting is something that more games are getting right recently. The vaulting and movement in Scum will make player movement as freeform as possible.

Players will also be able to climb over walls and certain objects. Like everything in Scum, the more you train the relevant skills, the quicker you’ll be able to vault and climb over objects. Carrying more objects or having a character that weighs more will also slow you down whilst running, vaulting or climbing.

Scum is set to release into early access on Steam in the second quarter of 2018. So far, the exact release date and price have not been set.

Here’s a recap of the awesome features coming to Scum:

What are your thoughts on Scum? Will you be keeping an eye on this game?