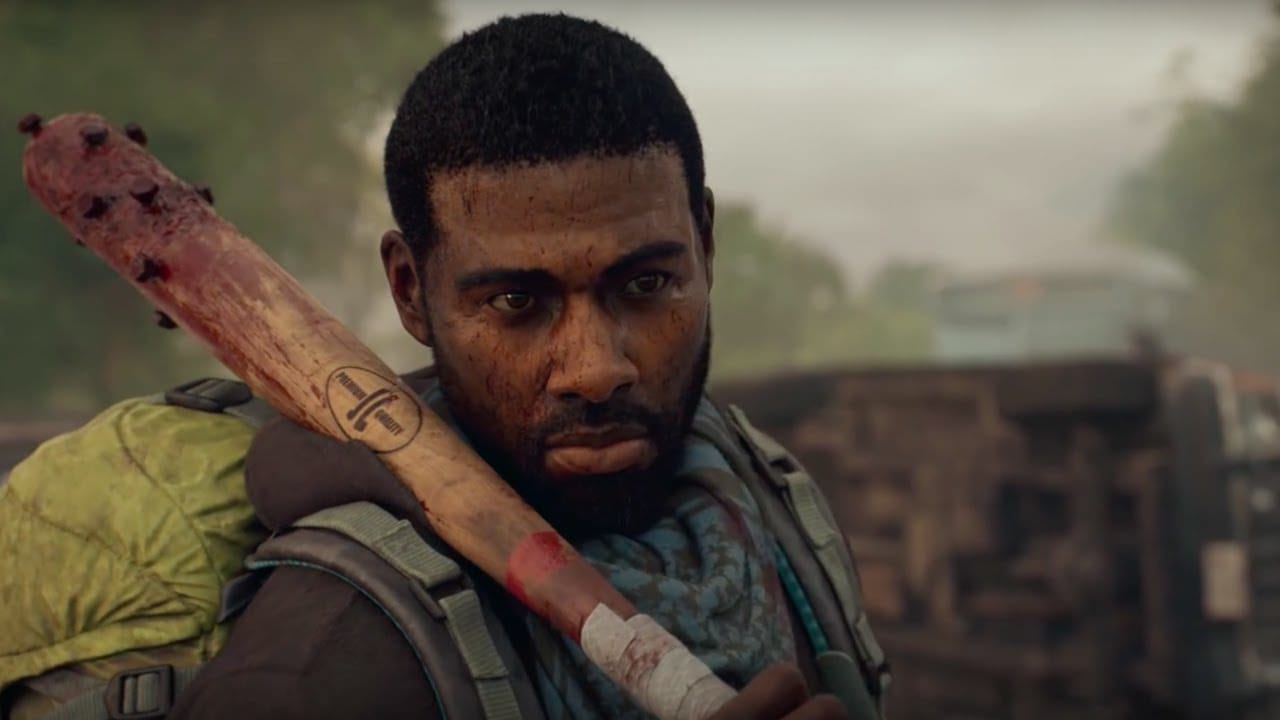 We know very little about Overkill’s The Walking Dead, but if we piece together the limited information we do know and compare it to the details we know about Overkill’s other game, Payday 2, we can get a pretty good idea about what to expect from the upcoming game.

So far, most of the information in this post is purely based on speculation from our part, but if you’ve played Payday 2 and have read the information Overkill has shared about their Walking Dead game so far, it all makes sense.

We have a strong feeling all of this information will ring true. 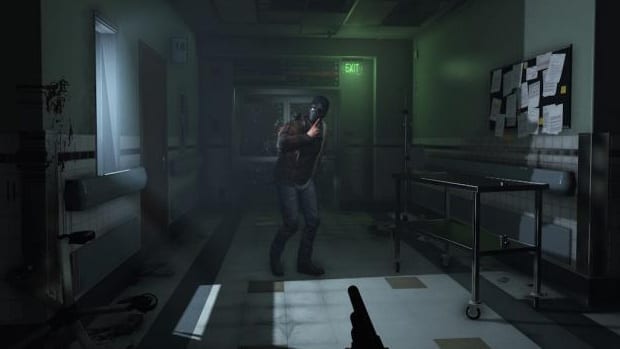 First things first, let’s start with what’s absolutely 100% confirmed. Overkill’s The Walking Dead will be a 4 player first person co-op game. This is the exact same type of game as their previous title, Payday 2.

The trailers we’ve seen so far for Overkill’s The Walking Dead seem to suggest that melee combat will be a big part of combat in their game. However, we don’t think it will just be about melee weapons.

In their marketing, Overkill has claimed that their game is a co-op first person shooter – emphasis on shooter here.

There Will Be Multiple Characters 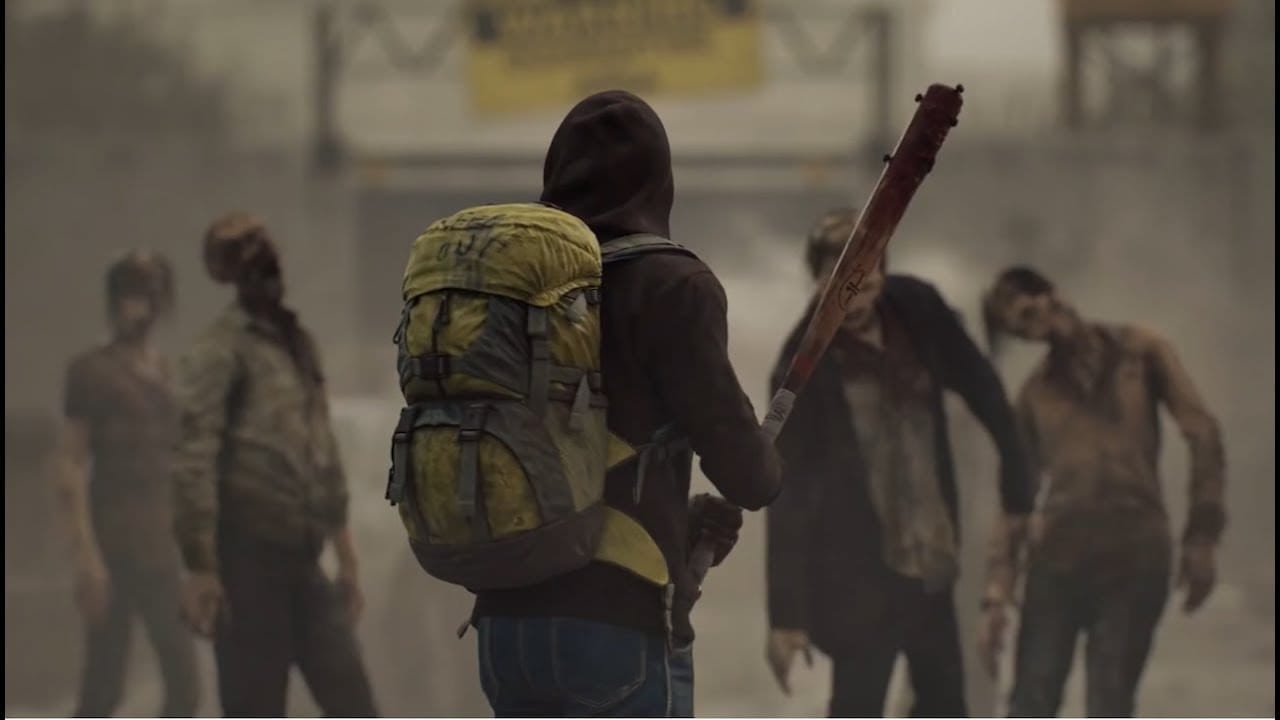 Just like with Payday 2, Overkill has mentioned that their Walking Dead game will have multiple characters that players can choose between. We don’t know what characters will be in the game yet, besides Aidan.

Overkill has already launched a trailer for Aidan and it seems to showcase that the game may have more of a story-driven focus for all of the characters. There’s relatively little backstory in Payday 2, so it’d be nice to see more of that in Overkill’s The Walking Dead.

There Will Be ‘Raids’ and Missions 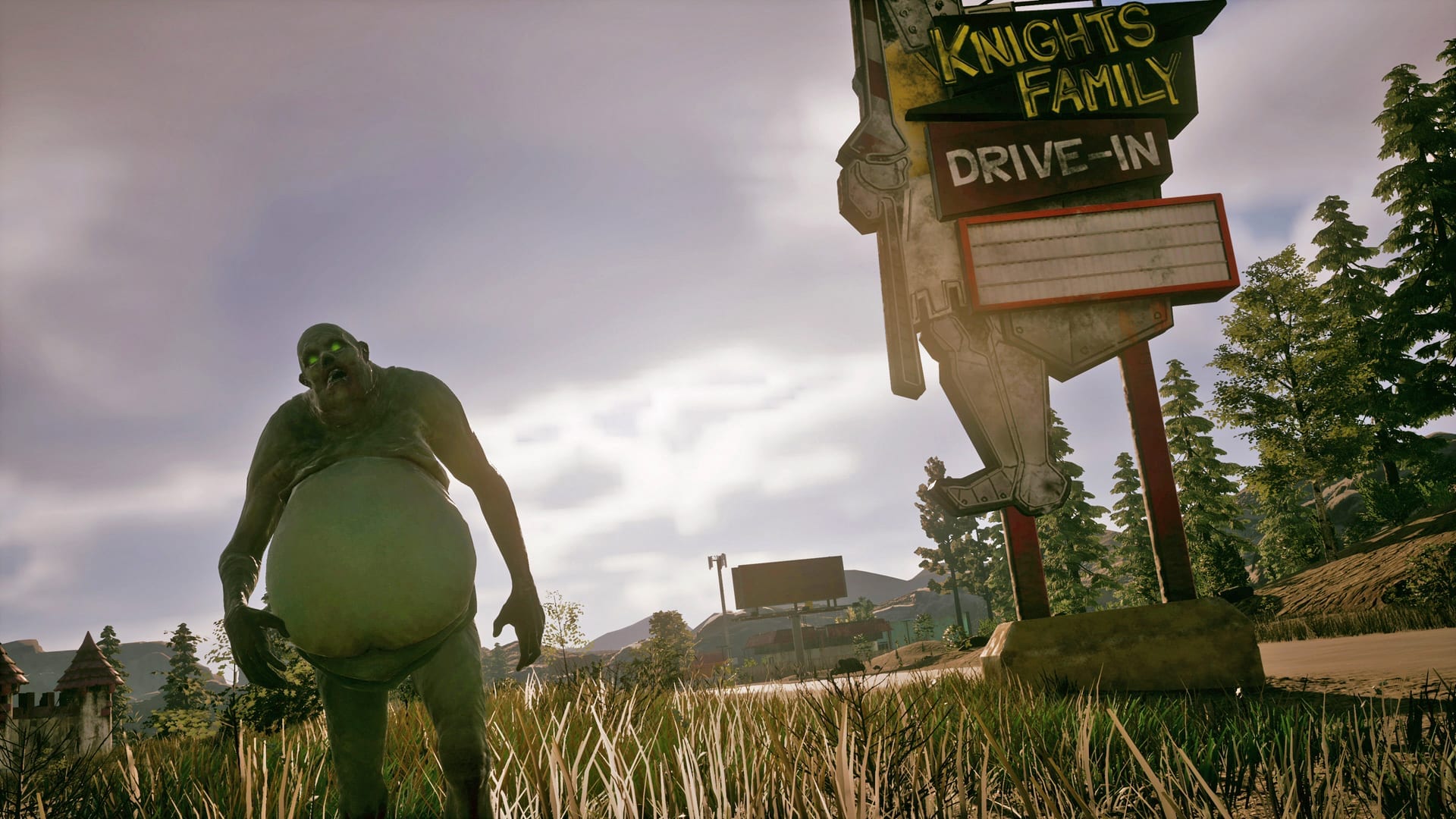 A lot of places are getting excited about the fact that Overkill mentioned their Walking Dead game will have ‘raids’ and missions. From what we can gather, raids will simply be repeatable missions that players can complete to get resources.

These raids would be similar to the bank heists that players can repeat over and over in Payday 2. There is likely to be a variety of difficulty settings and the rewards players can get for each difficulty may depend on how well each player performs.

There Will Be a Base Camp 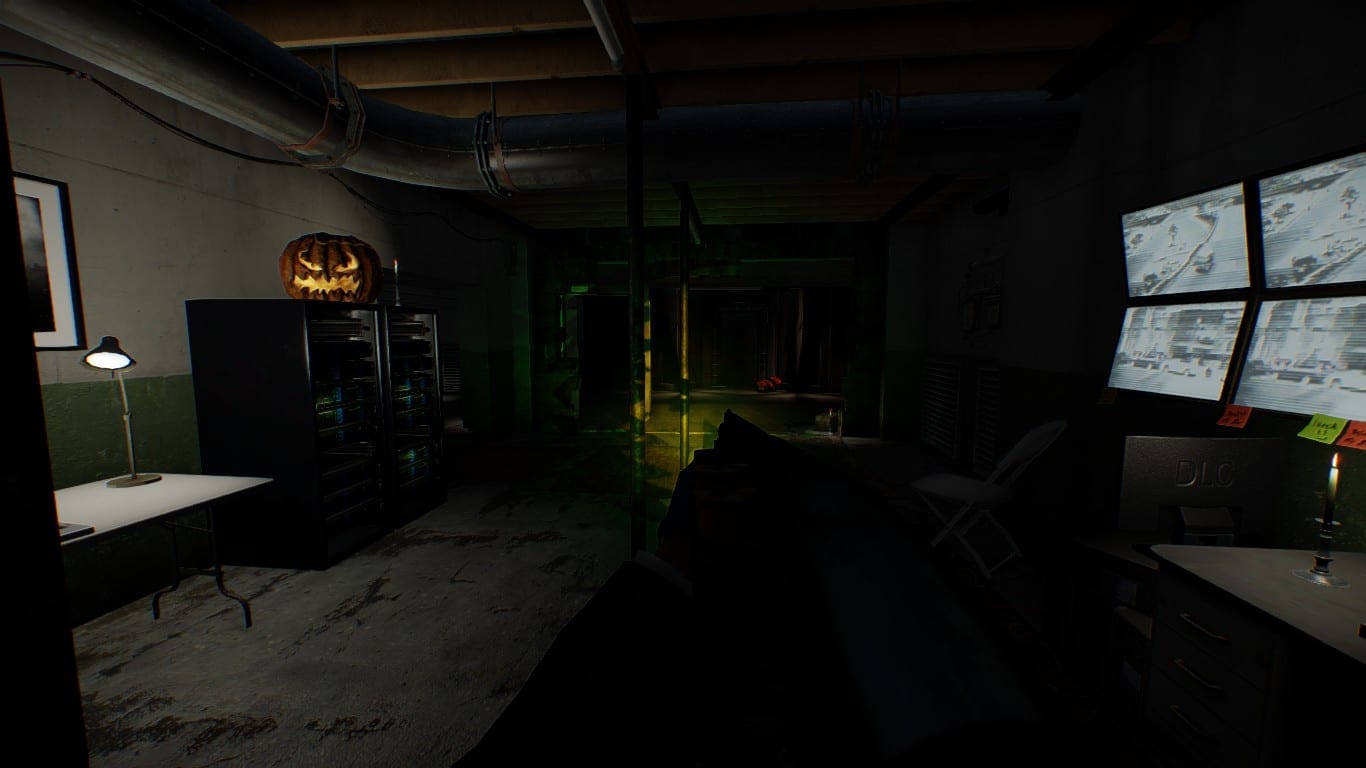 Overkill also mentioned that players will have a base camp. The objective will be for players to gather resources and survivors for their base camp to grow it.

Overkill explained the following – “Players will band together with up to three friends on a variety of missions and raids, securing supplies and survivors to strengthen their base camp against the threat of both the dead and the living – by any means necessary.” 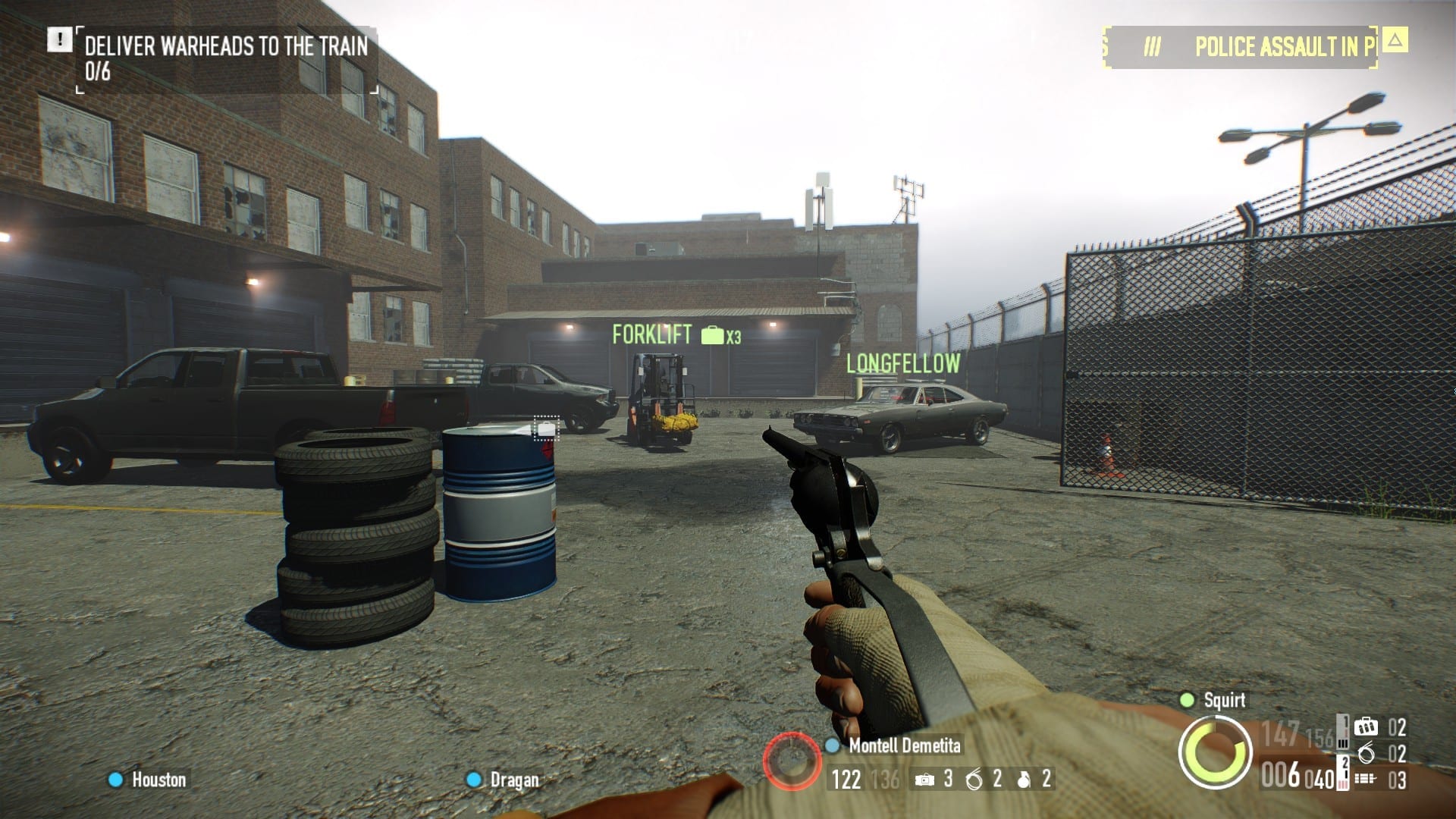 From all of the information we’ve gathered and from the gameplay we’ve seen in Payday 2, there’s a lot of speculation to be made about Overkill’s The Walking Dead.

From what we can gather, each character in the Walking Dead will have their own skill tree with unique abilities, similar to the skill trees for each character in Payday 2. It’ll benefit teams if players choose a variety of characters that have skills that can complement each other.

In Payday 2, players must repeat bank heists and robberies to gain money to spend on their safe house. In The Walking Dead game, players will instead complete ‘raids’ to gain resources for their base camp. It’s a very similar system for both games.

The big difference in the new Walking Dead game will be the missions themselves. Instead of players working together to steal money, players will need to go on loot runs for basic resources and to find new survivors to join their base camp.
In Payday 2, stealth plays a big component. You’re able to set up heists and robberies before you even put your mask on. As soon as you do, things start to get hectic and the waves of police are sent in.

We think there will be a similar system in the Walking Dead. Players may start with silent weapons like spiked bats, but as soon as they pull out firearms, or trigger things that may cause zombies to be alerted, (for example a car alarm) waves of ever increasingly more challenging zombies will rush in and players will need to fight off the hordes whilst completing their objective.

Players will be rewarded by finding the most optimal way to complete a mission/raid stealthily, but going in guns blazing will always be an option too.

The base camp seems to be a central part of The Walking Dead game. If it’s anything like the Safe House from Payday 2, it’s likely that the majority of managing the base camp will be done from a user interface, although you will be able to physically visit the base camp too.

We’re hoping that the base camp will have more importance to it than the safehouse in Payday 2. We’d like collecting resources and finding new survivors to have some kind of real impact on the game in some way. Perhaps there could be some kind of negative impact of players don’t collect enough resources quickly enough.

It’s likely that there will be a range of new game mechanics thrown into the mix, but overall the game will still feel very familiar to those that have played Payday 2.

This may not necessarily be a bad thing, but for many players that may be expecting some kind of open world Walking Dead game, don’t get your hopes up.

What are your thoughts on Overkill’s The Walking Dead? Do you think you’d like the game if it was an essential remake of Payday 2?