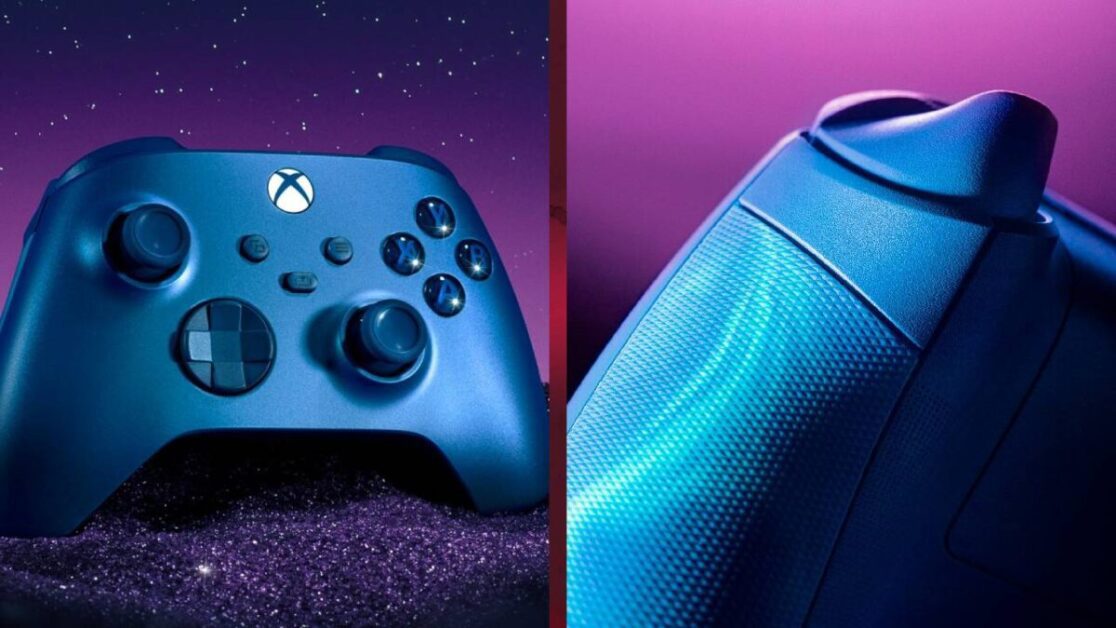 The upcoming Xbox “Aqua Shift” controller is one of the prettiest pads out there in terms of colour, However, the new controller also features a subtle design change that could become the new norm [via ScreenRant].

That’s right, according to a recent Twitter announcement, the Aqua Shift version of the Xbox controller will feature rubberised marble grips. This means that the new colour variant will be the first controller within Microsoft’s lineup to feature the grips:

Aqua shift is the first Special Edition Xbox Series X|S controller to feature rubberized side grips,” states the controller’s Xbox Wire post. “with a unique dual color swirl on every unit. Textured grip on the triggers, bumpers, and back case makes sure you stay connected to the game no matter how intense things get.“

Microsoft hasn’t indicated whether or not the grips will be included on future Xbox pads. However, there’s a chance that the grips could show up on the likes of the Xbox Design Lab. While Microsoft’s default pad doesn’t feature all the bells and whistles of Sony’s DualSense, the latest controller’s slight tweaks could be the beginning of something big. After all, Microsoft’s Liz Hamren did previously state that new hardware could be on the horizon. Perhaps that includes a gradual evolution of the Microsoft pad we all know and love? We’ll have to wait and see!

Are you going to grab Microsoft’s new Xbox Aqua Shift pad? Let us know via our social media channels!