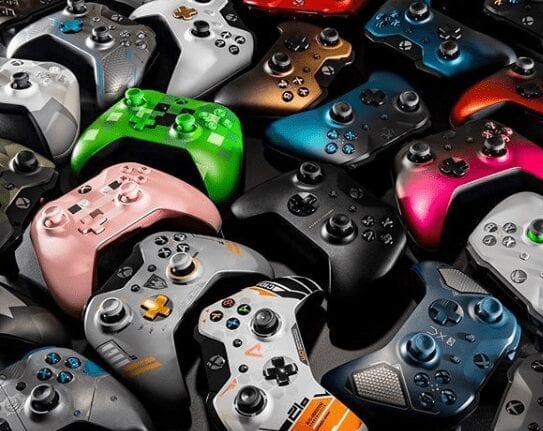 For console gamers, the war between the “Sony fanboys” and the “Microsoft fanboys” has been raging for years, but apparently it’s not set to stop anytime soon.

Following on from the reveal of the PlayStaton 5’s specs and power earlier this week, it’s emerged that the Xbox Two (or whatever it’s called) will be yet again more powerful than Sony’s offering.

Over on Twitter, gaming journalist Ainsley Bowden shared a knowledge bomb that suggest the PS5 sounds great, but the next Xbox will be better [via ComicBook].

“The PS5 hardware details (so far) were exactly what we were hoping for; even beyond what many were expecting,” tweeted Bowden. “Multiple insiders have now confirmed it’s true Xbox ‘Anaconda’ will be more advanced as rumored. All this means is next year is going to be AMAZING for fans of both.”

In a tell-all interview with WIRED earlier this week, PS5 architect Mark Cerny revealed the first official details of the PS5, and announced its specs.

WIRED writes: “The CPU is based on the third generation of AMD’s Ryzen line and contains eight cores of the company’s new 7nm Zen 2 microarchitecture.

“The GPU, a custom variant of Radeon’s Navi family, will support ray tracing, a technique that models the travel of light to simulate complex interactions in 3D environments. While ray tracing is a staple of Hollywood visual effects and is beginning to worm its way into high-end processors and Nvidia’s recently announced RTX line, no game console has been able to manage it. Yet.”

If the Xbox Two is aiming even higher than that, it’s definitely going to be a very exciting new chapter for the console market.

Although Microsoft tends to really push the boat out when it comes to specs, it doesn’t tick all the boxes for its exclusive games.

On the flip side, Sony exclusive God of War won multiple Game of the Year awards last year, and upcoming releases including Death Stranding and The Last of Us Part 2 are expected to do just as well.

Are you thinking about which next-gen console to buy?