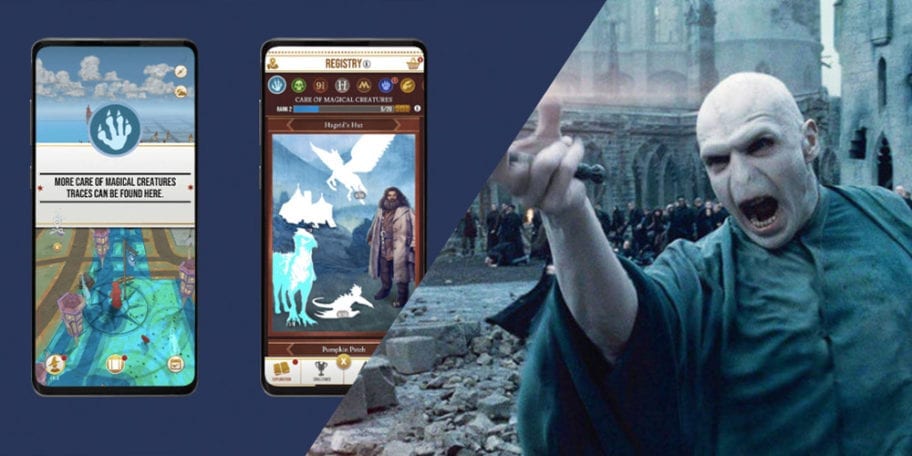 After what seems like an eternity of waiting, Niantic has finally dropped some new details about Harry Potter: Wizards Unite.

Niantic is working alongside Harry Potter‘s Portkey Games to bring Wizards Unite to life. Although the general concept is pretty similar to Pokemon GO, there’s also plenty that’s different as we hop on our broomsticks and prepare to do battle with everything from Dementors to Acromantulas.

Players will apparently whip out their wands as members of the Statute of Secrecy Task Force. Their mission is to keep the wizarding world safe from non-magic Muggles.

Niantic goes on to explain how things will work in Wizards Unite and what the whole point of the game is.

This time, we’re swapping throwing Pokeballs for spells: “A calamity has befallen the wizarding world, causing artifacts, creatures, people, and even memories to mysteriously appear in the Muggle world”.

“Witches and wizards from across the globe must come together to solve the mystery of The Calamity, overcome the confounding chaotic magic that surrounds these “Foundables,” and return them to their rightful place, keeping them safe from Muggle eyes”.

“Your journey begins as a new recruit of the Statute of Secrecy Task Force, established by the Ministry of Magic and the International Confederation of Wizards for the purpose of investigating and containing The Calamity”.

A bit like how Pokemon GO players can team up for raids to catch normal and Legendary Pokemon, Wizards Unite will also have elements of teamwork as you tackle the mystical monsters and dark forces hiding just down the road. With a grown-up version of Harry continuing his role as an Auror, Wizards Unite is also a faithful continuation of J.K. Rowling’s world.

It’s been nearly three years since Pokemon GO started lighting up mobile phone screens around the world like Pikachu’s Thunderbolt attack. Even though things are still going well for those cute little Pocket Monsters, Niantic has ambitious plans to run Wizards Unite for years to come.

Pre-registration is already underway for Harry Potter: Wizards Unite, so why not give it a go. You’d be a mug-gle not to try Niantic’s latest cash cow.