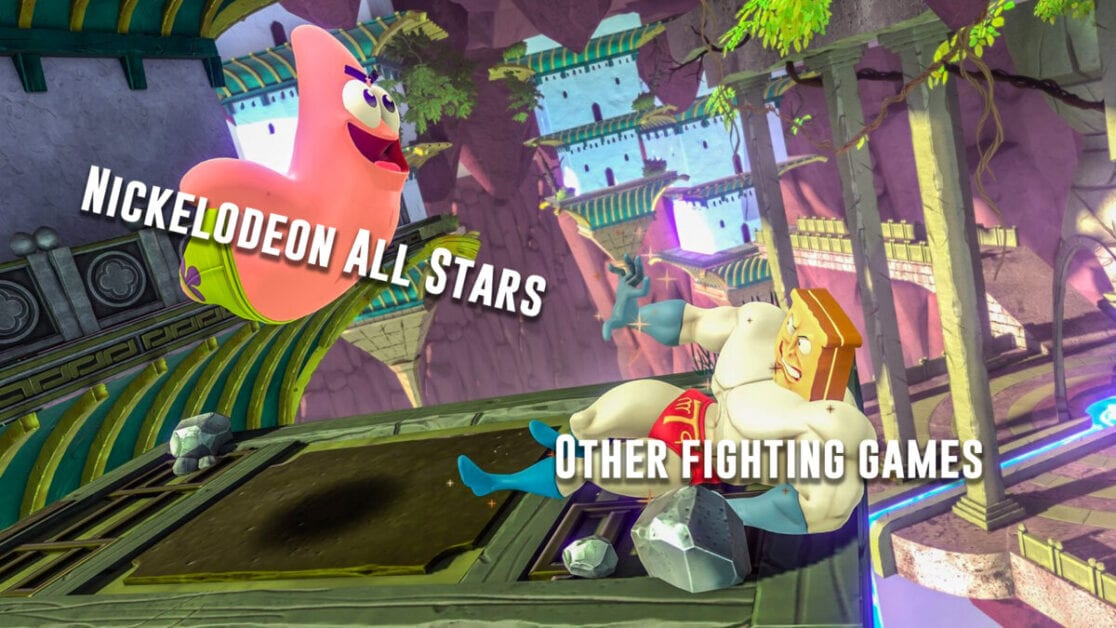 There’s no disputing that fighting games are a lot of fun. However, the genre can be frustrating, especially if you’re a professional player. This is especially true for online play, as various factors can decrease a match’s quality and accuracy. However, did you know that the recently announced Nickelodeon All-Stars Brawl has a feature that helps to elevate these frustrations? Here’s why this new cartoon combat game could actually be better than anything else currently on the market.

What is Rollback Netcode?

Now, before we expand on the above absurd claim, we’ll need to quickly explain what “netcode” is. Simply put, netcode is a term used to describe two systems that communicate during an online game. While online experiences like turn-based RPGs don’t have to rely on the system as much, the fast-paced nature of fighting games makes netcode a necessity.

However, it’s worth mentioning that netcode doesn’t always get things right. In fact, if, for example, lag occurs during an online match, netcode is probably to blame. To combat any inconsistencies with netcode, a system called “rollback netcode” can be used to predict upcoming frame inputs, which can be used to correct mistakes visually in real-time. Basically, rollback netcode ensures that both players see the same thing on screen, regardless of lag or delays.

You might be wondering what all this has got to do with Nickelodeon All-Star Brawl? Well, hilariously, the seemingly casual brawler actually uses rollback netcode. This is particularly funny because renowned fighters like Super Street Fighter V and Tekken 7 didn’t actually launch with the system.

So, does this mean Nickelodeon All-Star Brawl is better than Street Fighter V? Well, it could be when it comes to its online experience. Sure, Street Fighter V does now utilise rollback netcode. However, the fact that this silly Nicktoons cartoon caper uses it out of the box is something to behold.

Who knows, perhaps Nickelodeon All-Star Brawl will become a staple part of the fighting genre. While it’s pretty hard to say that with a straight face, the developers of this fun fighter should be praised for ensuring the game’s online experience is robust.

Are you going to give Nickelodeon All-Star Brawl a try? Join the conversation on our social media channels!