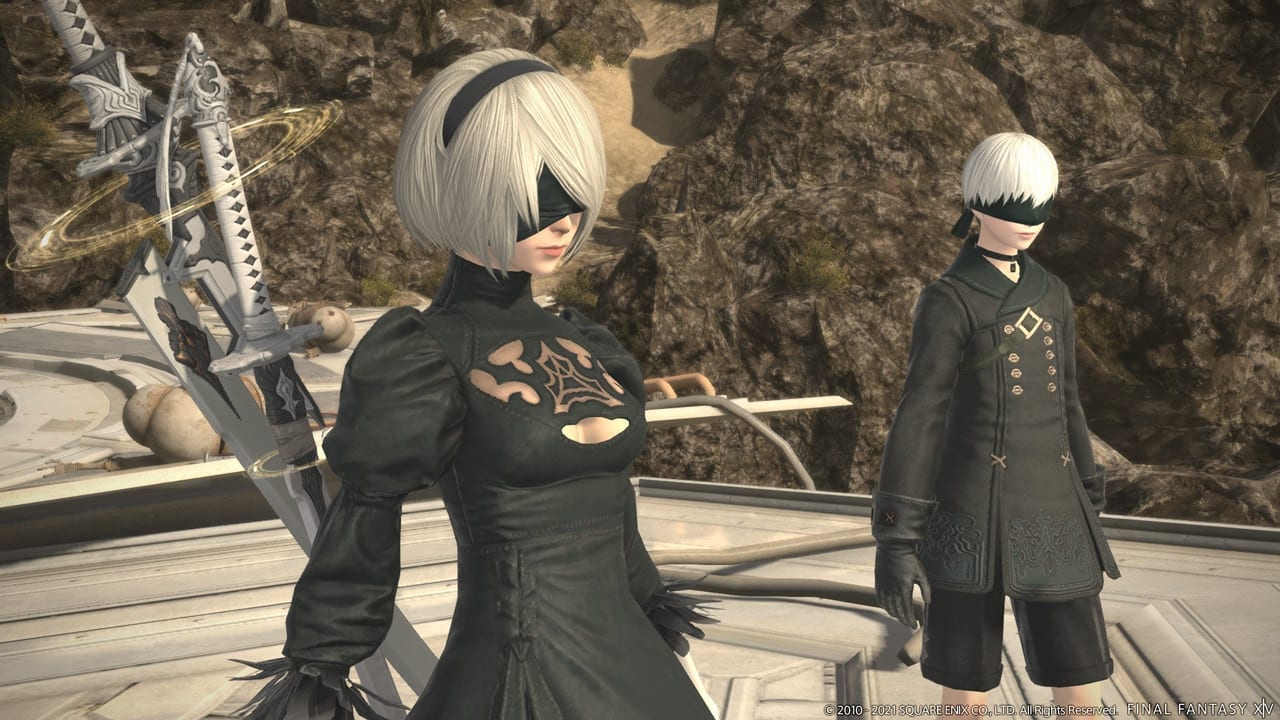 NieR Replicant (otherwise known as NieR Replicant ver.1.22474487139) released to critical acclaim when released earlier this year. That critical acclaim translated to sales too, with it securing a first-place chart position in the UK. It’s a success story built on many things. A chance for redemption after an awkward release in the West in 2010 which got a slightly more tepid reception for a variety of reasons that the remaster was able to fine-tune and change.

The fact it had the chance to have this redemption though all stems from the success of NieR: Automata back in 2017. It gave the off-shoot of Drakengard one more time to shine and shine it did (the Game of the YoRHa Edition is the 20th best-reviewed game on PS4 at the time of writing). The success of NieR: Automata set the wheels in motion for the Replicant remaster but that wasn’t the only thing. No, I’m not talking about the mobile game NieR Reincarnation but instead the games crossover with one of the biggest MMORPGs of all time.

If you have even a passing interest in gaming you’ve most likely heard of Final Fantasy, and possibly XIV. If you have at least one friend that has played the award-winning MMORPG then you’ve probably been told about its free trial for players up to level 60 with the first expansion, Heavensward, also included.

Those that have played after the point of the free trial will tell you that you’re in for a treat. FFXIV is one of those games that continues to improve with each expansion. I’ve been playing the game off and on for the best part of a decade and my penchant for sidequests and distractions means that I’m still a long way to go from the endgame. Over the past few years though I’ve had the chance to check out some later game content, including from Shadowbringers (the most recent expansion) and it’s one of the biggest motivations for me to keep coming back right now. I want to play that content on my own account with my own characters.

My most recent opportunity to play Final Fantasy XIV saw me get access to a high-level character so I could play the NieR themed 24 player questline in the game, YoRHa: Dark Apocalypse. It’s connected to the world of NieR and includes a lot of characters that fans will know. As someone with only limited knowledge and affection for the NieR universe, I did not go in expecting to be blown away… but I was. I’ve been aware of the raids since they came to the game in 2019 but had not yet had a chance to play them.

Why? Because of how good the first part of the raid series is. The Copied Factory is a wonderful raid full of interesting moments, epic feeling boss fights and music that saw me turning my speakers up to the loudest they could go. Seriously, just listen to it (although close your eyes if you don’t want spoilers… but finish reading the article before you close your eyes).

Even playing the game with a class I have no experience with (Dragoon) and having to use a mouse and keyboard set up I wasn’t used to the raid left an impression on me. Taking part in a dungeon/raid with no context can sometimes mean you appreciate it less but that wasn’t the case here. Due to time constraints, I wasn’t able to experience all of the raids that make up the NieR story but that gives me something else to look forward to when I finally reach Shadowbringers.

If you’re a NieR fan you’ll no doubt love the experience even more. For those that have been waiting for the complete story to be told before jumping into FFXIV to witness it then that time is finally now!

The latest, and final, part of the NieR alliance raid series came with patch 5.5. A conclusion for Shadowbringers in preparation for the release of Endwalker later this year (currently scheduled for Fall). Patch 5.5 also brought with it the PS5 beta as well as other updates and quests. If you’d like to read more of our Final Fantasy XIV coverage then why not check out our developer interview on accessibility and UI in FFXIV. You can also read my piece on going on a virtual date in the game, maybe it’ll help inspire the romantic in you!