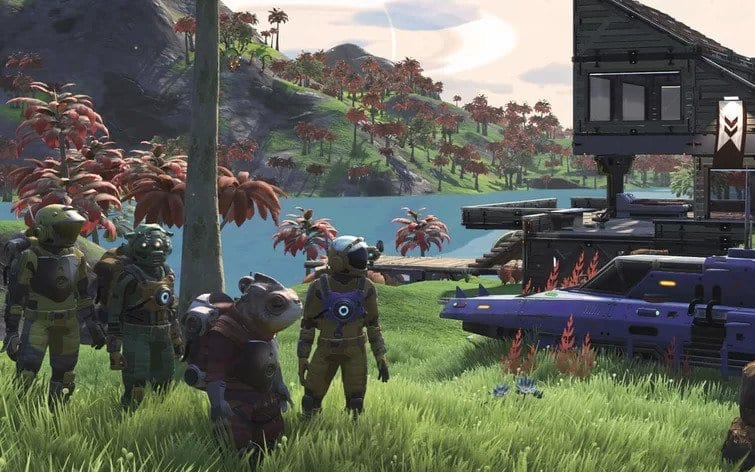 You’ve probably heard all about the new No Man’s Sky Next update, but if you don’t know what is included in it, you’ll want to read through this article.

With Next, No Man’s Sky is finally the game we all originally hoped for. No Man’s Sky is no longer a contentless mess – it’s now filled with immersive gameplay content and plenty of new features.

Most importantly, No Man’s Sky finally has real multiplayer. Let’s take a look at it and all of the other new features worth mentioning. 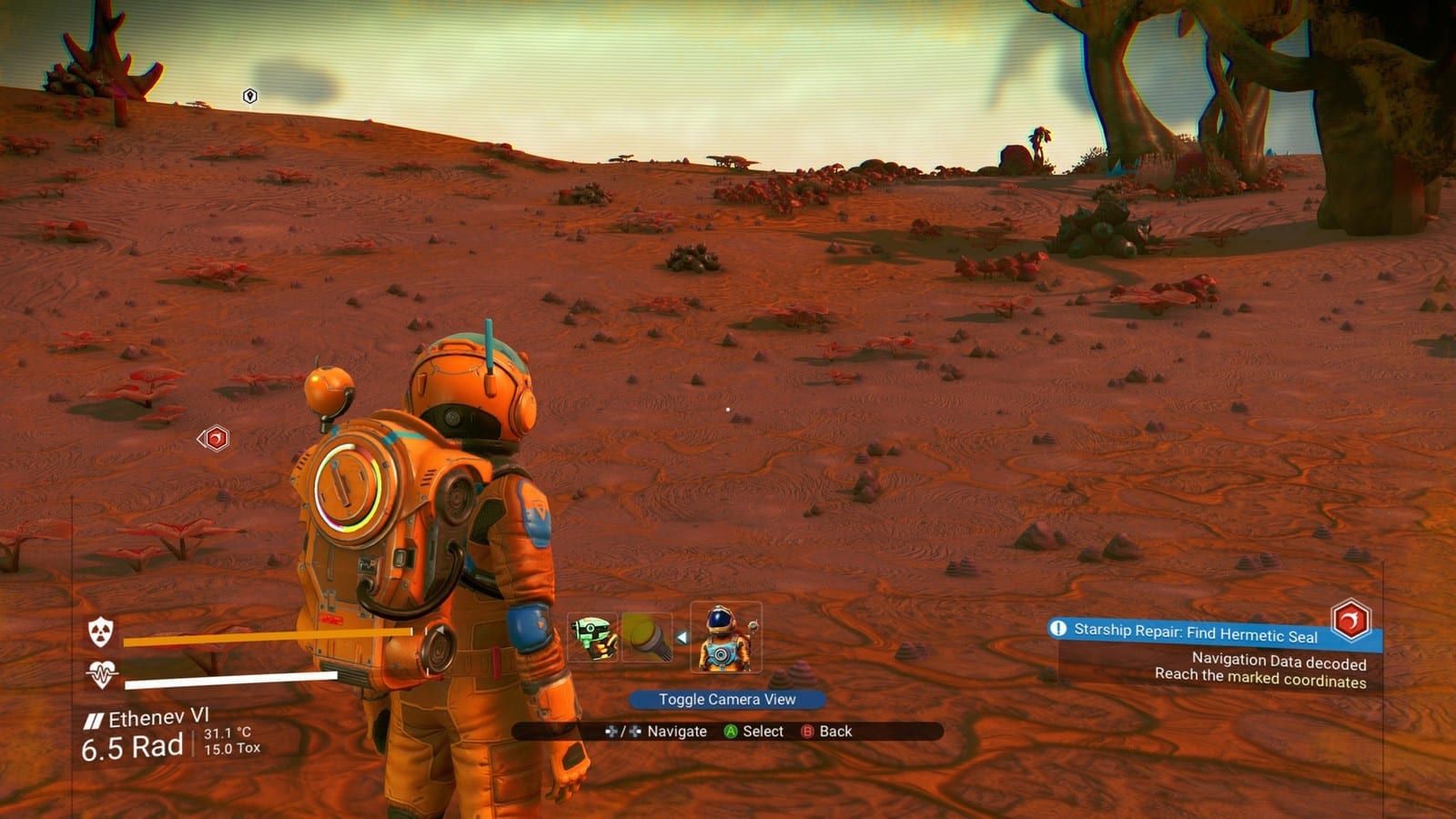 It’s a small quality of life change in the grand scheme of things, but the new third person camera in No Man’s Sky really makes all the difference. Not only can you use third person whilst exploring a planet on foot, but you can also do so in your ship.

It’s a nice touch to be able to see the outside of your ship after you’ve spent hours collecting enough credits to purchase it.

I do have to say that the interface to access the third person camera is a little frustrating, though.

There doesn’t seem to be the option to add a single camera button. Instead, you have to navigate through a menu every time you want to change whether you want to use third person or first person mode.

I’m sure this could be fixed with a small update so let’s hope that happens.

Customization Is In And You Can Play As An Alien 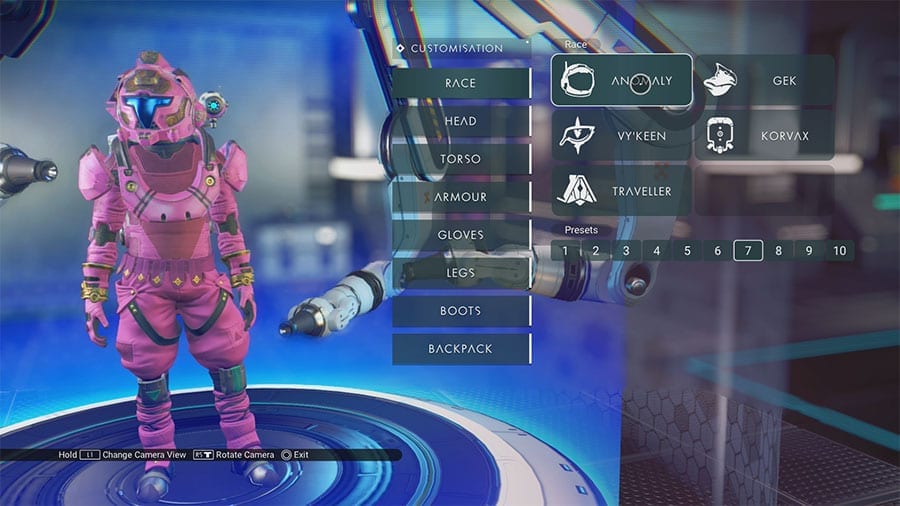 With the introduction of multiplayer and the third person camera, Hello Games also included new customization options for your character.

Customization is completely free and there are plenty of options to choose from.

You have to visit a space station to access the customization terminal, but from there, you can change your race, your armor color, and choose between a variety of different features.

Once again, this is just one of the small changes to No Man’s Sky that really goes a long way.

Space Stations Are Hubs Filled With Trading And Activity 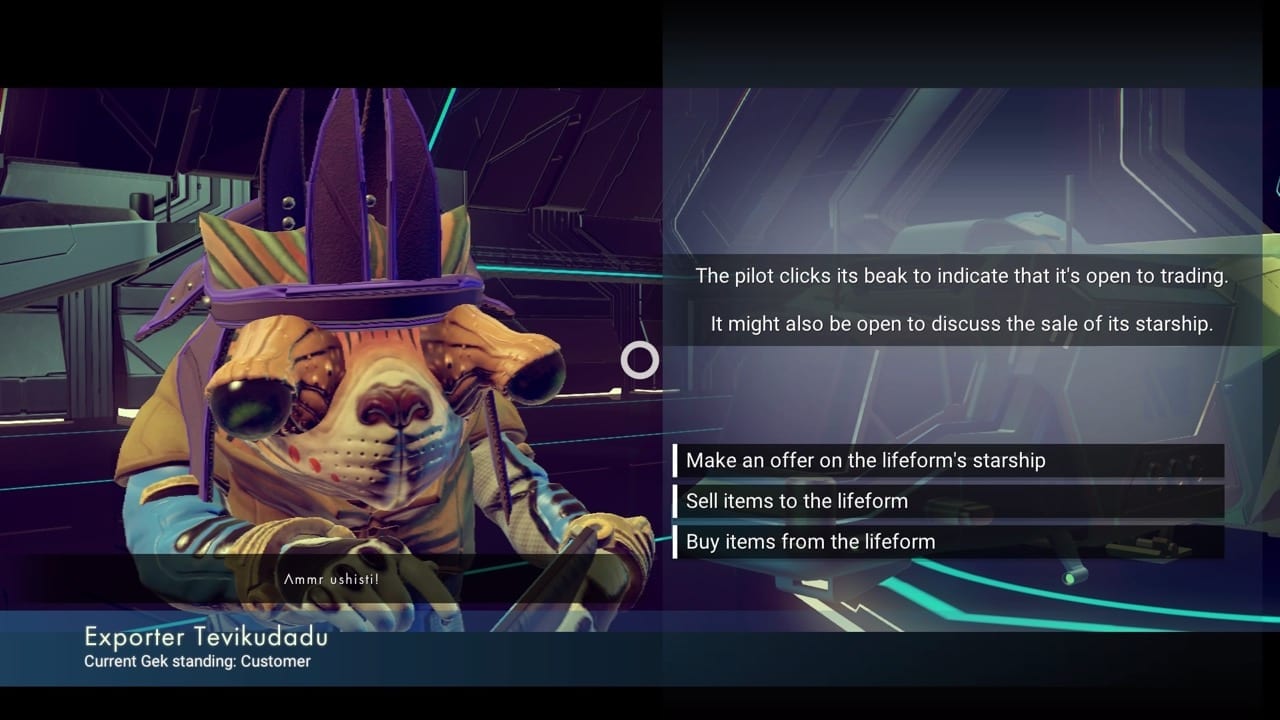 The same space stations that you can use to customize your character can also be used to find AI traders, purchase ships, and buy new items to use in your ship or your spacesuit.

New upgrades are available through the vendors in these trading hubs and you’ll also find the occasional items scattered around that can be picked up for additional credits.

Space stations were in No Man’s Sky before the Next update, but before Next they felt very empty and only really solved as a purpose to dump your old stuff or look for new spaceships.

In-Game Quests to Guide You Through the Basics 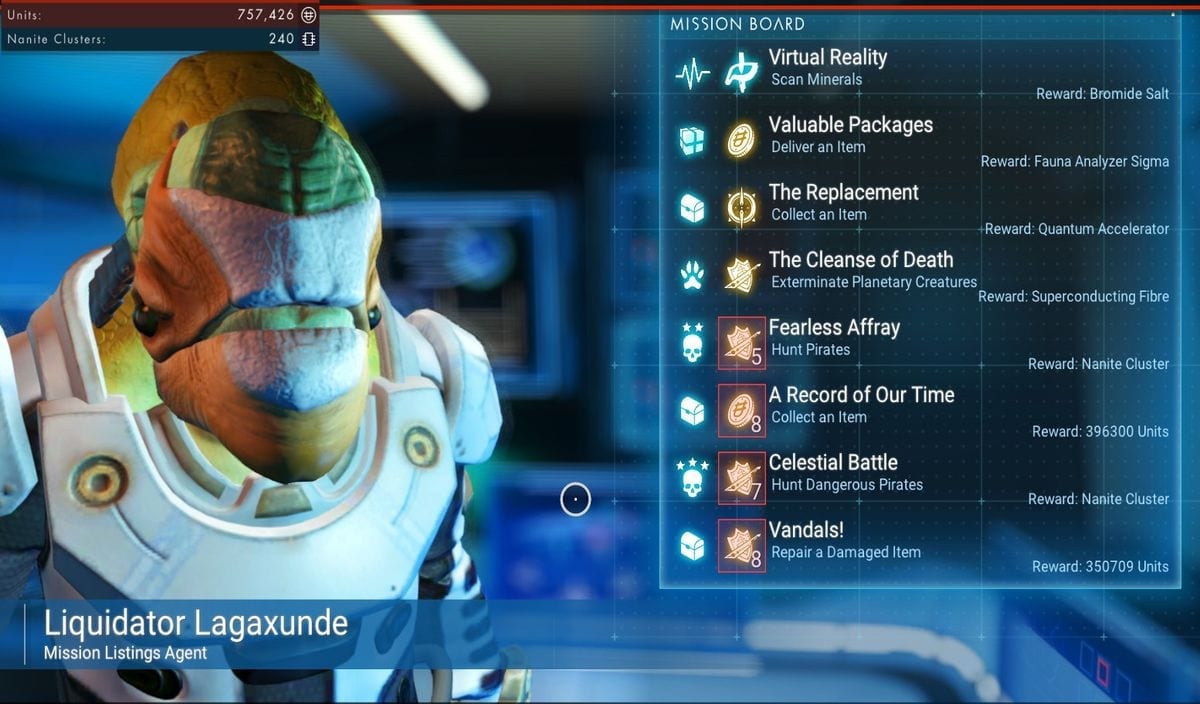 There’s a better quest system in No Man’s Sky Next that takes you through the basics and teaches new and returning players alike how to use all of the different game mechanics.

I feel like this is a very important addition to No Man’s Sky because it helps to control the flow of gameplay at the beginning. There are always new quests to explore as well.

This means that whilst you’re always free to explore the universe in any way that suits you, there’s also something new to try or work towards.

You Can Now Build Everywhere 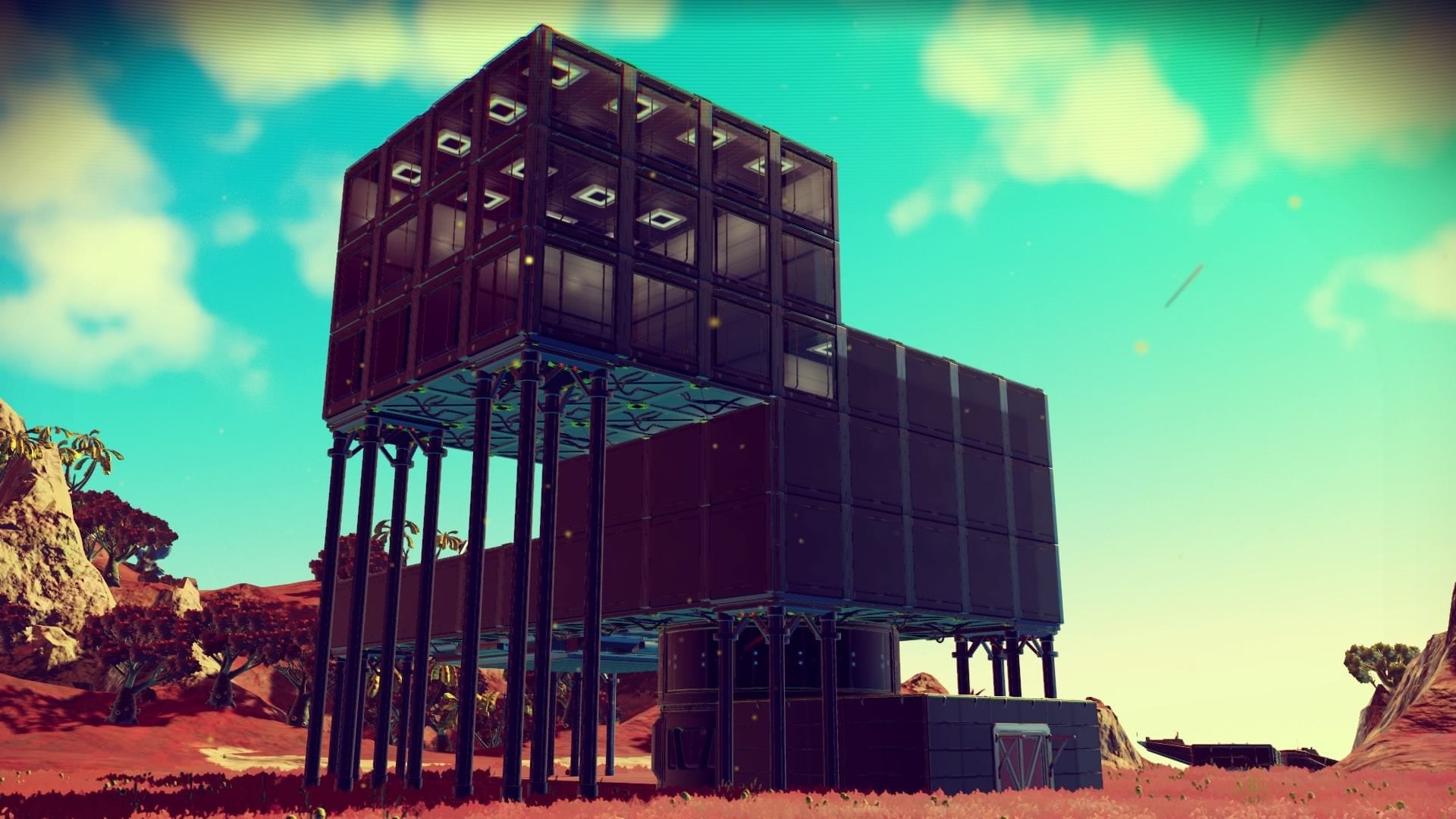 Previously, the No Man’s Sky base building was very limited because you were forced to build in specific positions. With No Man’s Sky Next, this isn’t an issue anymore.

You can now build anywhere, morph the terrain on any planet, and make a home absolutely everywhere. I’d suggest finding a more suitable planet with livable conditions before building up your first base.

Work Together With Your Friends On Everything 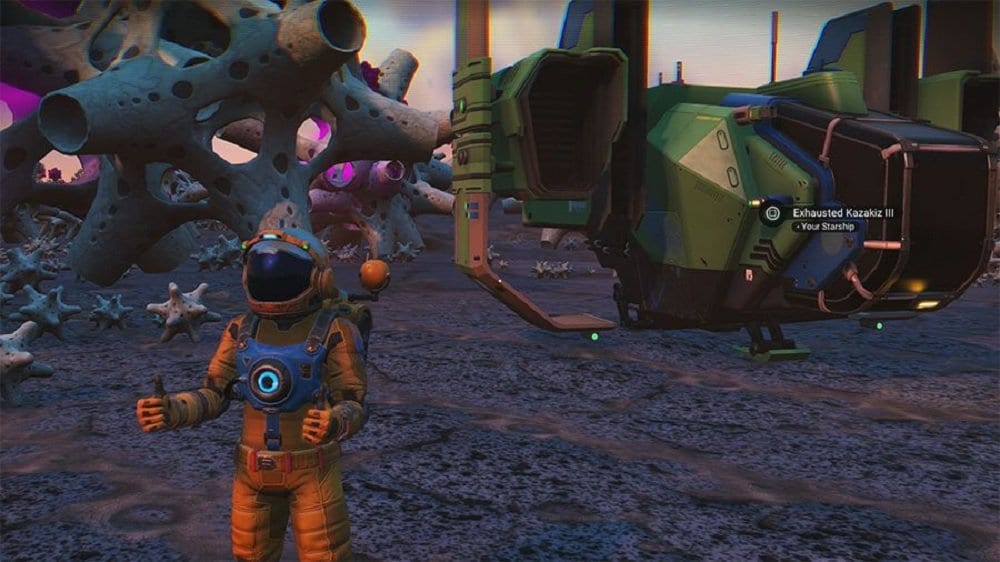 This isn’t exactly a new feature, but more so a byproduct of the new multiplayer. Up until now, No Man’s Sky didn’t have multiplayer so you essentially had to do everything in the game on your own.

Adding a social element to collecting resources and building a base really takes No Man’s Sky to another level.

With friends to play with, I now finally have a reason to jump on and explore everything No Man’s Sky has to offer.

You Can Now Own Spaceship Fleets To Accompany Your Freighter 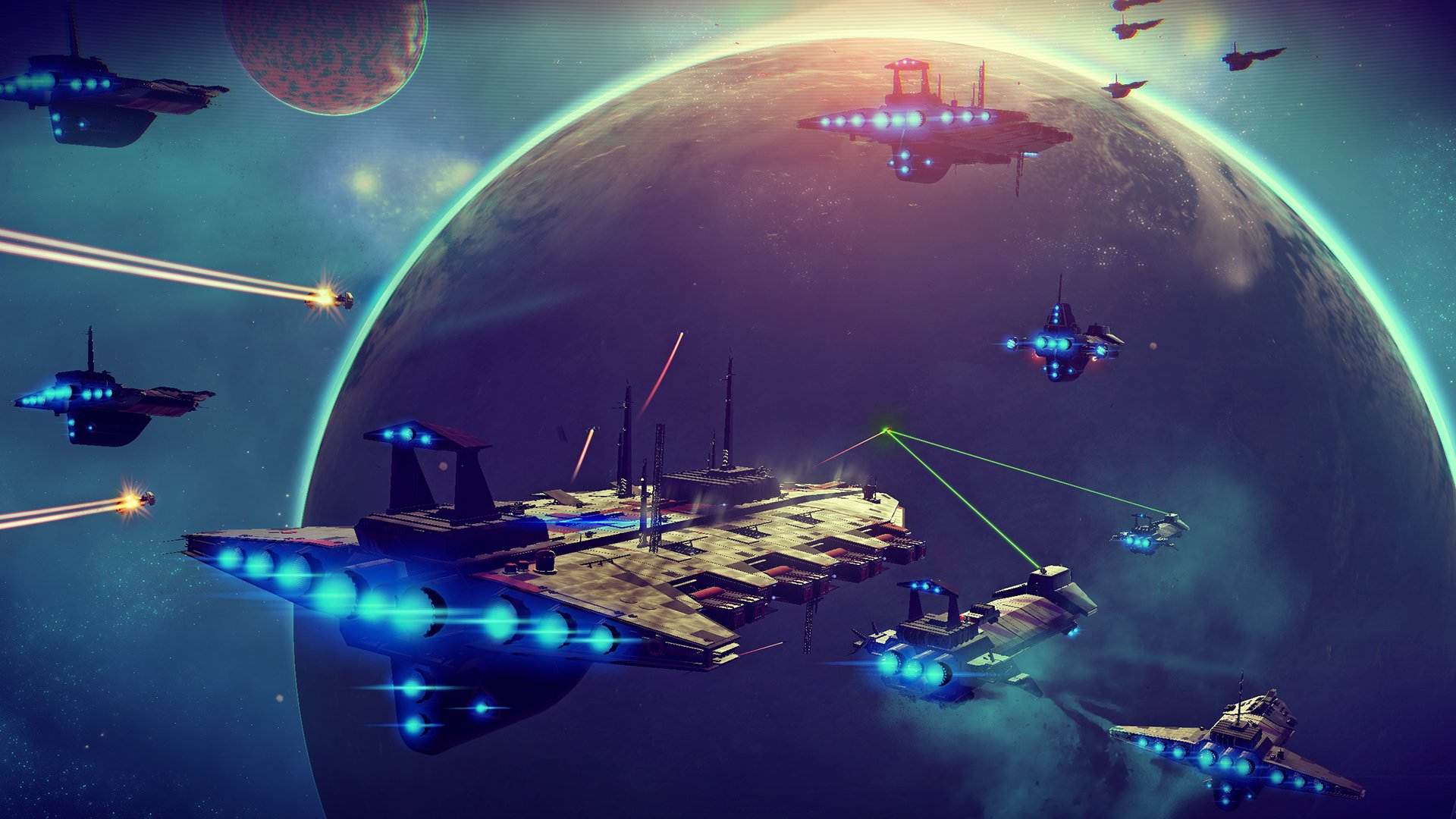 The space freighters were another aspect in No Man’s Sky that didn’t get as much love as they deserved in the past. In Next, the freighters have been reworked and there are a number of impressive new features.

If you purchase a freighter in No Man’s Sky, it can now serve as a portable base that can be taken through space. You and your friends can move around the freighter as it travels through space and there are options to allow you to make customizations to your freighter.

You can also buy other ships and frigates to add to your fleet. These ships will work as defensive mechanisms for when pirates attack you and your freighter.

You can also store all of your own smaller spaceships on board the freighter and treat it as an interstellar garage. 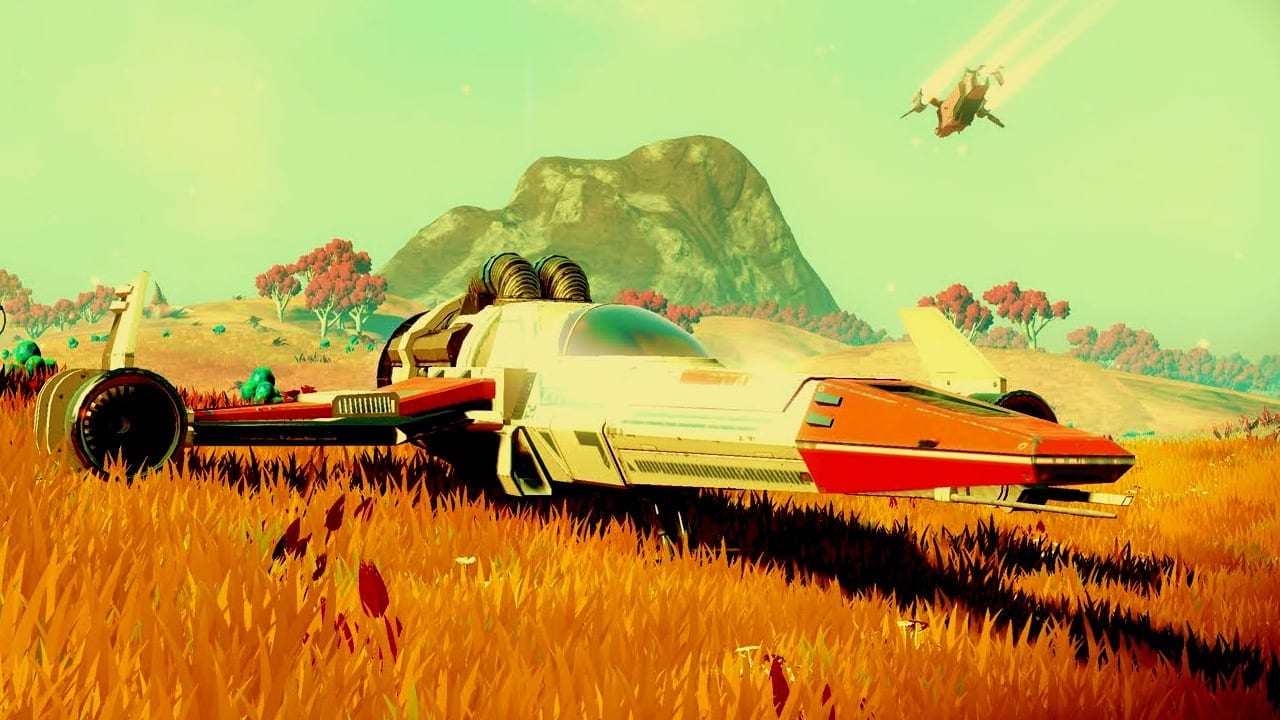 A number of graphical changes have been applied to No Man’s Sky Next.

The textures for almost everything have been improved and draw distance both in space and on-planet has been increased.

More particle effects have been added to hazardous weather and a lot of the fauna and environment textures have had a new lick of paint. If you played No Man’s Sky right before Next, you’ll find that the changes are subtle, but they’re certainly noticeable.

So that pretty much wraps up our overview of No Man’s Sky Next. I’d certainly suggest picking up No Man’s Sky if you haven’t already.

Although No Man’s Sky offered a poor experience when it first launched back in 2016, it has come a long way since then and the new Next update has finally brought it in line with what Hello Games and Sean Murray hyped the game up to be before the game launched.

Has anybody here had the chance to try out the new No Man’s Sky Next update? If you have tried it, let us know your thoughts on it.