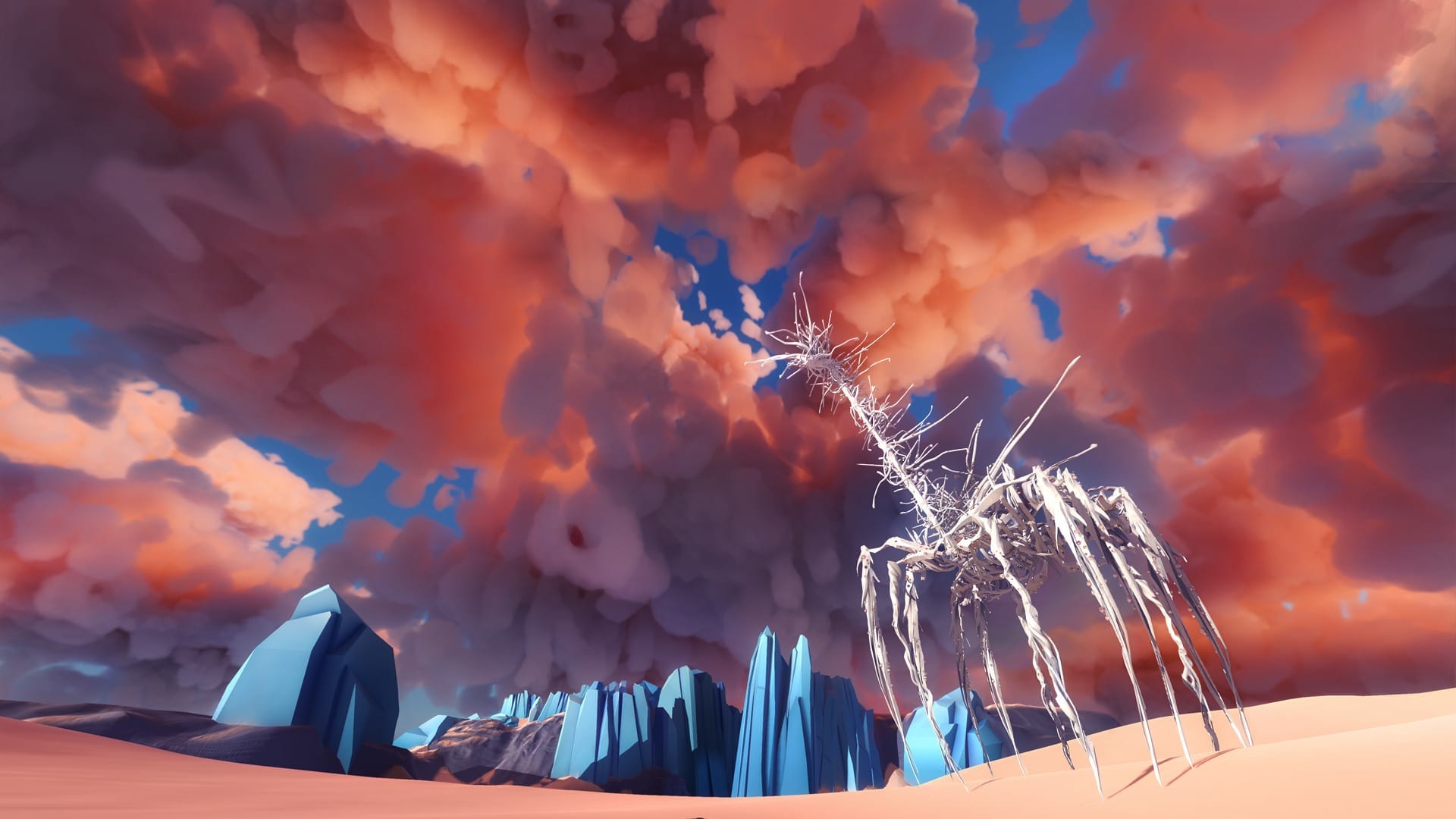 Developer Pixel Reef has revealed that a non-virtual reality version of the iconic 2019 hit, Paper Beast, is headed to PC this year.

In Paper Beast – Folded Edition you’ll be given the chance to explore a world filled with majestic paper animals. What you choose to do in this world is up to you, whether it be helping the animals or grabbing them. Best of all, their behaviour adapts to your choices, giving you the ultimate gameplay experience.

Alongside your paper friends you’ll be able to manipulate and control the world you’re in. From melting ice to changing the course of rivers, you can tailor the game world however you please.

The VR version of the game currently sports “Very Positive” reviews on Steam following its leap from PSVR to the Valve platform earlier this summer. For those without a VR headset, the news of Paper Beast’s non-VR version is a literal dream come true.

If you’re not familiar with this gem, Paper Beast’s official description reads as follows: “An adventure and exploration game about wildlife in a dreamlike universe. Somewhere in the abyssal depths of the internet, life has blossomed. You are the first human to set foot in this mysterious ecosystem. A strange force seems to weigh on its balance. Join forces with intriguing and endearing creatures to solve the puzzles of Paper Beast.”

Check out the brand new trailer in the video below! If this looks like one for your games library, you’ll be pleased to know the title is coming to Steam on October 20, wishlist Paper Beast – Folded Edition now!

Switch Launch For Indie Gem ‘Gang Beasts’ Delayed, But Not For Long

Everything You Missed During The New Horizon Forbidden West Gameplay Reveal

Palworld Is Pokemon With Guns And It Has Confused Everyone

Here’s How Much Dr. Disrespect’s Beast Of A Gaming PC Costs