PlayStation Plus games aren’t usually announced until the end of the month but it seems that we’ve been given an extra-special early treat from Sony, who’s released the upcoming freebies announcement a few weeks ahead of its usual schedule. 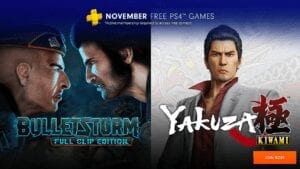 According to the official PlayStation website, November will gift you with Bulletstorm: Full Clip Edition and Yakuza Kiwami. 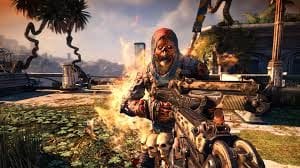 Bulletstorm: Full Clip Edition is essentially a current-gen remake of the PlayStation 3 classic, Bulletstorm. The Full Clip edition launched on the PS4 last year, and is also available on Steam.

This edition received really positive reviews, boasting a 9/10 rating on Steam for its innovative and incredibly satisfying combat, making this a pretty great freebie if you’re a PS Plus subscriber and a fan of first person shooters.

Yakuza Kiwami came to the PS4 last year after enjoying a pretty successful PS3 release in 2016. Here you can “become Kazuma Kiryu, an up-and-coming yakuza who takes the fall for the murder of a crime boss, only to emerge from prison ten years later to a changed world.” If you haven’t yet played it, this is the perfect way to delve into the world of Yakuza.

Now, if this list is a little short – don’t worry. Usually PlayStation Plus freebies include PS4, PS3, Vita and VR titles, so we’re probably going to be getting the rest of the line-up closer to November. 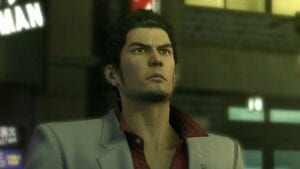 What do you think of the games so far? Will PlayStation Plus be giving Xbox Gold a run for its money in November?

PlayStation Plus is available on a 12 month, 3 month and 1 month contract, with a 14 day free trial available if you haven’t ever given it a go. The subscription service allows you to download its monthly freebies and keep them in your library for as long as you keep the subscription going. 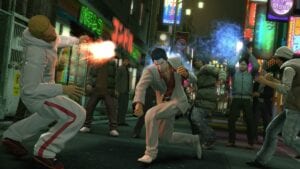 Are you happy with these titles?