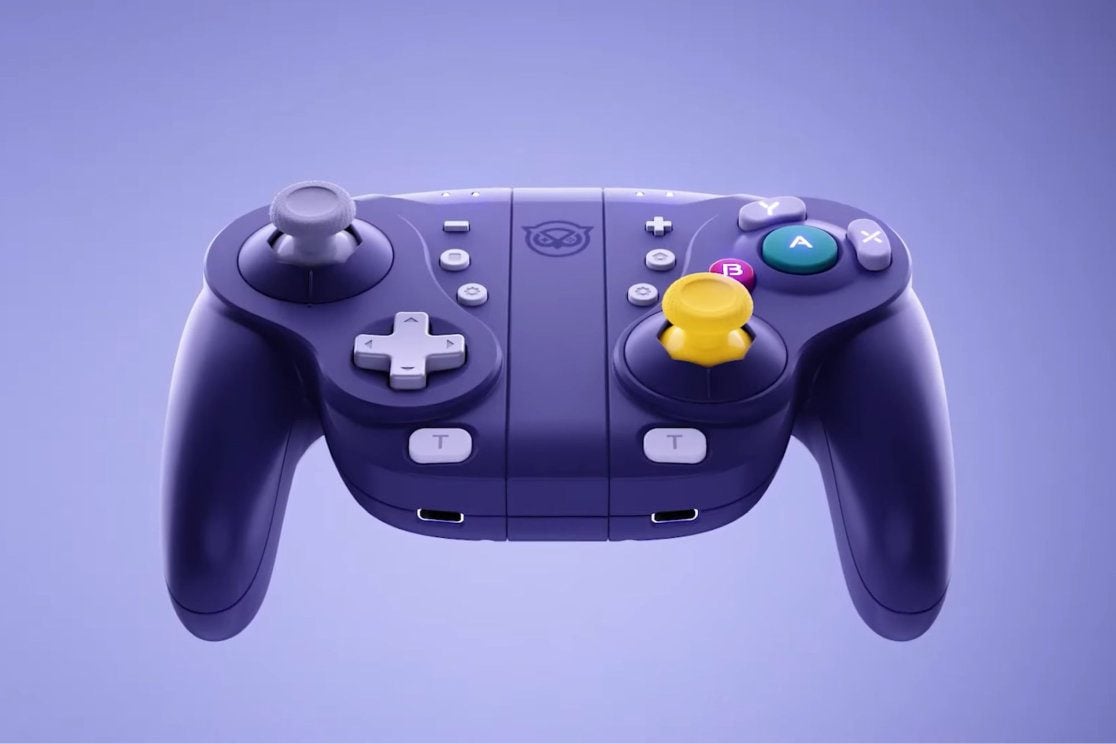 NYXI, a video game accessory maker is bringing back the best-ever Nintendo controller to the Switch. Happy days!

For some, the GameCube had the best-ever controller for any Nintendo console. While that topic is purely subjective, I’m inclined to agree. Especially when we’re talking about the legendary Wavebird, a controller featured in our ‘Best Ever’ listicle.

Did the GameCube have the best controller?

The wireless controller features ‘Hall Effect’ analogue sticks which completely eliminates drifting, an issue that has forever plagued the Joy-Con.

It also features a turbo and mapping function, interchangeable joystick rings, illuminated ‘ABXY’ buttons as well as a slip-free design for added grip. It also has a one-key wake-up and screenshot function.

Best of all in my opinion, similar to the Joy-Con, the NYXI Wizard can be extended so that the Switch tablet can be placed in between each pad of the controller.

Furthermore, the controller is said to have around 8.5 hours on a full charge, and a full-charge time of 2.5 hours. It connects via Bluetooth at a distance of 10 metres. What’s more, the ZR/ZL buttons are said to be: “quieter, lighter, have less resistance, and have shorter trigger distances to help you shoot faster.”

Where can I pre-order the NYXI Wizard controller for the Nintendo Switch?

At this time, you can only pre-order directly from the NYXI website. Hopefully, it might become available at popular retailers in multiple regions across the world soon.

In the US, the NYXI Wizard has an RRP of $69 and £57.52 for the UK. However, UK stock is currently sold out, but you might be able to import from the US website if needs be.

Will you be picking up the NYXI Wizard controller for your Nintendo Switch? Let us know across our social media channels.