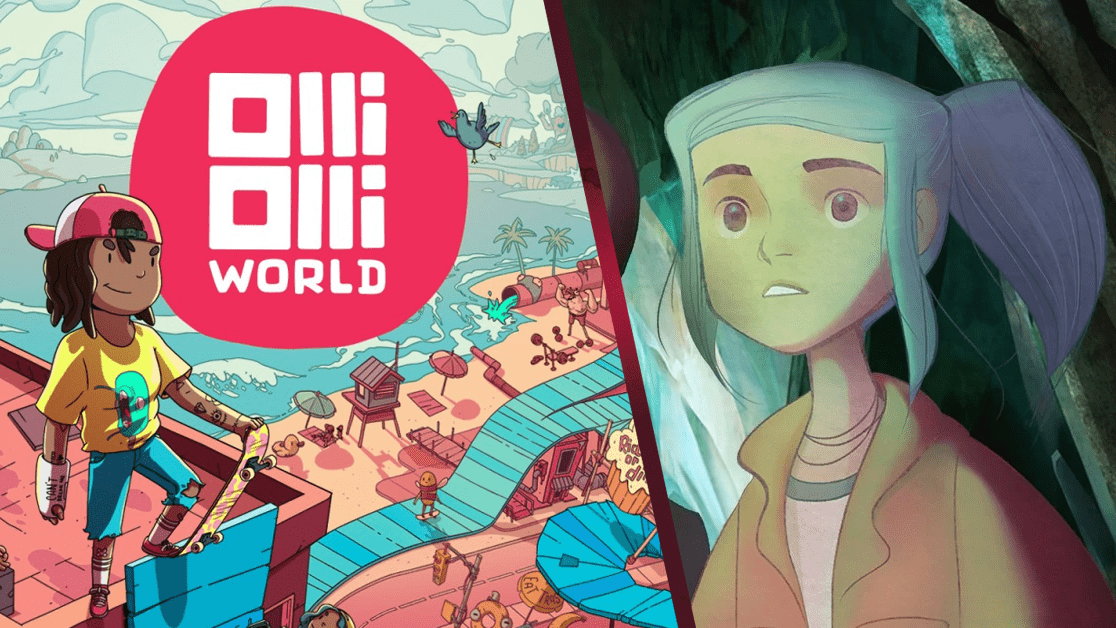 Night School Studio and Roll7 team up to bring a crossover between Oxenfree and OlliOlli World as part of the VOID Riders DLC.

It’s been a few months since the original release of OlliOlli World, the latest game in Roll7’s OlliOlli series. The bright and colourful 2D-platforming skateboard game, released originally in February of this year, had its first expansion, VOID Riders, come out only a few weeks ago.

And now, in an unlikely collaboration, indie game Oxenfree has crossed over to the world of OlliOlli to bring even more content to the VOID Riders DLC.

This new crossover has been added in a fitting way, through a hidden message made of morse code found within the clip shared to the OlliOlli World Twitter page.

Oxenfree is a game about solving mysteries and puzzles, so having its introduction to the OlliOlli universe being behind a mystery makes total sense.

The Morse Code translates to, “MV32FR33”, and with that, you can unlock Oxenfree’s protagonist Alex as a playable character.

Alex also brings to the game a remix of the Oxenfree track, ‘Beacon Brack’ by composer Andrew Rohrmann. So you can get your skateboard on while listening to a new remix of some of the iconic music from the game.

The VOID Riders DLC is the first expansion to come to Roll7’s OlliOlli World and brought with it a whole bunch of new alien-inspired features.

There are 18 new courses to skate through, and a bunch of new cosmetics for you and your board which you can earn along the way.

You can also defy gravity by skating through the alien tractor beams that are now found throughout the new courses. Going through them will result in you being sucked into the air, adding an extra challenge.

OlliOlli World’s VOID Riders DLC is available now for all platforms, though you will require the base game in order to play.

And for any Oxenfree fans, the sequel Oxenfree II: Lost Signals, is due to release sometime this year. If you can’t wait,  then maybe playing as Alex on OlliOlli World can help.