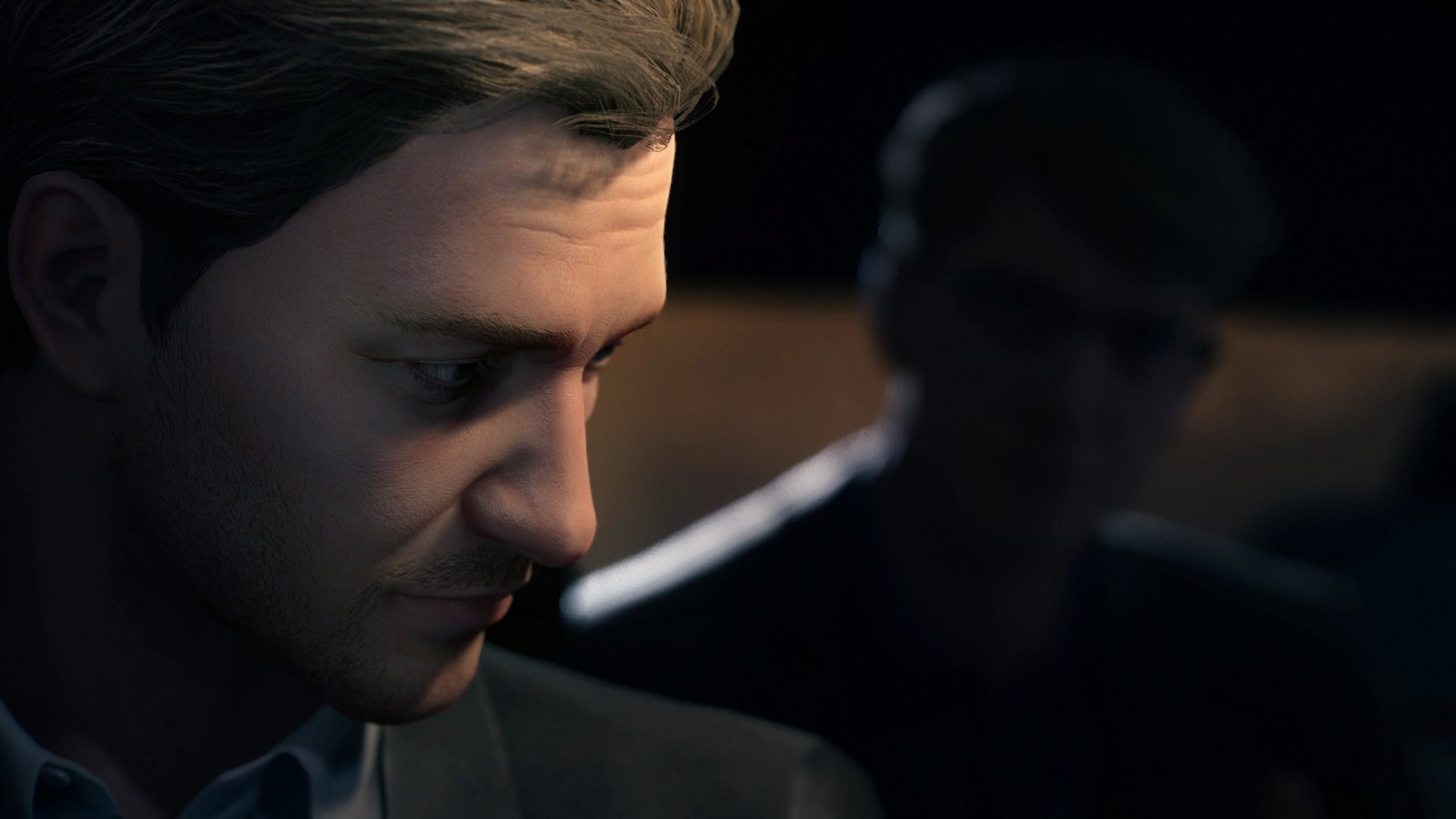 Adventure game Twin Mirror has recently had a relaunch on Steam after its one-year exclusivity contract with the Epic Games Store expired. By releasing the game on a new PC platform, Dontnod hopes to capture a wider audience for the game that may have skipped it last year due to personal problems with Epic’s platform.

I caught up with Dontnod’s Xavier Spinat to talk about the game in the year since its original launch, as well as the future of Dontnod.

“More and more games are released every year, with new stores and platforms adding more opportunities to play,” says Xavier Spinat, the head of publishing at Dontnod when asked about the studio’s opinion on the reception of the game in the twelve months since its original release.

“This is both very exciting and very challenging. We are proud to have been able to bring Twin Mirror to our audience as a full game experience, right in the middle of a pandemic crisis that has slowed down a lot of productions, and despite changes of direction (change of publisher) and format (from an episodic format to a standalone, in the middle of the production).”

Twin Mirror is the story of Sam Higgs, an investigative journalist who returns to his hometown of Basswood, Virginia to attend the funeral of a friend. When it transpires that the circumstances surrounding his friend’s death don’t seem to be all that straightforward, he’s launched into a conspiracy to uncover the truth surrounding these events.

As Spinat mentioned above, the game was originally set to launch as an episodic title split into three. The first episode was to be titled ‘Lost On Arrival’, releasing in 2019. When the game was delayed by a year to 2020, this format was reworked into a single, seamless structure without the episodic element.

“When we decided to take more time to finish the development of the game, we had the chance of getting feedback from various sources,” says Spinat. “First reviews on the demos at Gamescom, but also playtest reports on the current versions of the game. While the episodic format is an excellent fit for some stories, we thought it could be a challenge for Twin Mirror.”

“Having episodes meant introducing partial endings and re-openings in the plot and it impacted the rhythm. A psychological thriller, with a sense of unity in the location and time, works better as a single storyline rather than multiple pieces. It did require some adjustment in characters and events, but the game was, in our opinion, clarified and improved by all those changes.”

Meanwhile, alongside the delay and restructure of the game, Dontnod had also decided to self-publish Twin Mirror itself. It acquired the rights from Bandai Namco and set out to publish the game alone. This was a first for the developer after having previously worked with external publishers for previous titles like Life Is Strange, Remember Me and Tell Me Why.

“We are very proud of the collaborations we have had in the past with publishers such as Capcom, Square Enix, and Microsoft. Those games helped us reach out to an audience we would not have found as a purely independent developer. But opening our own publishing department gives us the ability to maintain a direct link with our audience and to be more independent, which fits with our strategy.

But Spinat goes onto say that this doesn’t mean Dontnod will only self-publish from now on: “We currently have a project in co-production with Focus Entertainment, who already published Vampyr. When we work with another publisher, we need to fit their guidelines and expectations.”

He also highlights the challenges, but also freedom, of creative control that come with working independently: “Working without a publisher, we had to define our own editorial vision: DONTNOD’s goal is to bring to our audience a diverse portfolio of great narrative games, with meaningful themes and relatable characters.”

“Also, as a publisher, we now can partner with other studios to create even more engaging stories and publish them alongside our previous works. We have previously announced, a few months ago, a co-production with PortaPlay, a talented Danish game developer. We are very excited about this collaboration which is a great fit to our editorial vision.”

The title Spinat teases here is Gerda: A Flame in Winter, which wasn’t formally announced at the time of this interview but was revealed earlier this week in the Nintendo Indie World showcase. It’s described as “an intimate narrative RPG-lite experience set during World War 2 and the German occupation of Denmark” where you play as a nurse whose life is affected by the transpiring events.

With Twin Mirror now available on Steam, the game is now readily available for PC gamers to access. While I don’t personally agree with some of the “anti-Epic” arguments, there’s no denying that having more choice of platform is a good thing for gamers of today. In fact, it might even tempt me to give it a second shot.

When asked about the recent Steam release of the game, Spinat simply said: “We really hope that more people will be able to discover Twin Mirror now.”

Have you picked up Twin Mirror at any point in the last year? Let us know your thoughts on the game on our social channels!