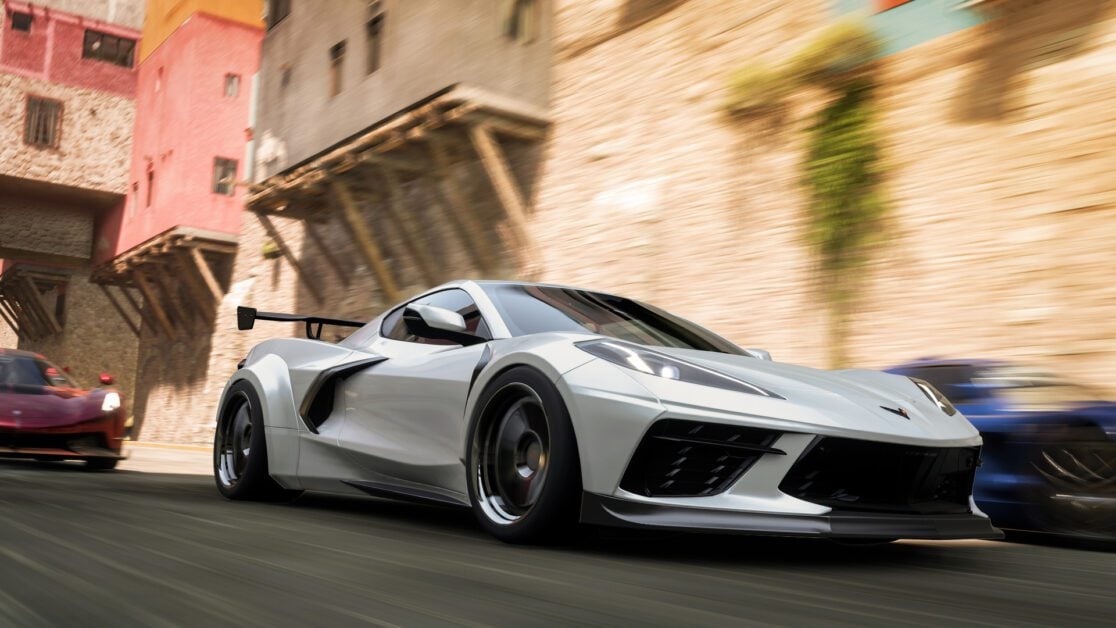 Whichever way you look, there are some amazing racing games out there right now. Few other genres can capture that insane rush of adrenaline that comes from nailing a driving line and beating your opponents. Racing games lend themselves perfectly to the competitive nature of video games, and there’s certainly been some stunners over the years.

What’s more is that the genre has opened itself to a variety of different gamers. There’s a racer to enjoy for everyone – whether you’re up for some casual fun or after something a little more serious.

Here is a list of some of the best racing games out there right now, containing a mix of both casual and hardcore entries.

While Forza Horizon 5 is an incredibly accessible racer on the surface, it has everything here that a car nut could want. There’s scope here to adjust the driving style from an arcade racer to a full-on simulation experience. However, most players are quite content with the absurd amount of fun this game is constantly exuding. And I haven’t even mentioned the ridiculous roster of cars that this game has. If you can think up a car manufacturer, this Forza Horizon probably has it in stock. It’s not just exclusive to supercars, either. If you want to supe up a crusty Fiesta and pit it against a Ferrari FXX, Forza says “be my guest”. If you’re looking for a fantastic racer that does everything from road races to rallys, look no further than Forza Horizon 4.

Taking things down a significant notch, we couldn’t write a list about racers without at least mentioning Mario Kart. Sure, it’s almost certainly not the most fair racing game of the bunch. The item-based equipment system turns an otherwise skillful affair into a total RNG-fest. However, it can’t be denied that pulling this bad boy out at parties leads to some guaranteed fun. Well, it’s either fun or arguments.

With the Nintendo Switch quickly becoming one of the most popular consoles among families, everyone knows that Mario Kart 8 Deluxe is a must-have title for the system. The sheer influence that it has on our experience with the hybrid console earns it a place on this list.

If you’re looking for a racing game with some enthusiast heft to it, then Assetto Corsa Competizione is the title for you. It uses scientific maths to create a simulation experience that’s about as close to real world racing as you can get. The driving is considered so realistic, in fact, that Assetto Corsa is used by leading esports organisers to host events like the Logitech McLaren G Challenge.

There’s a smaller line-up of cars in this game than other offerings out there, but that’s due to how realistic the digital recreations are. The game makes up for it by having an impressive roster of real-world tracks. If you think Forza Horizon 5 might be a bit too arcade-y for you, give Assetto Corsa Competizione a try.

This is another title that needs little introduction. Burnout Paradise from Criterion Software is in a similar vein to the Forza Horizon games, but places a much bigger emphasis on wanton destruction. It takes place in Paradise City, a shining beacon of a place that invites you in turn to burn up some rubber. It recently received a remaster that brings its visuals up to the 4K quality we’ve come to expect. The game now looks better than ever and plays just as well as it did on the day of release

Races usually devolve into a smash-fast as you rip and tear your way past any opponent that stands in your way. It’s a garish level of adrenaline that Need for Speed could only ever hope to achieve. Did I mention that it’s also got a banging soundtrack too?

If you’ve ever played the Trackmania games then you’ll have some idea as to how Hot Wheels Unleashed plays. It sees you take control of your own miniature car as you navigate your way through an endless series of tracks built up around a home. With classic looping tracks and some stomach churning drops, it almost feels like every race is a knock-off version of Rainbow Road.

That’s not a bad thing at all, though. Hot Wheels Unleashed actively encourages players to get creative with their routes through racecourses. Although the environments aren’t that varied, the game does include an incredibly in-depth custom track creator. In theory, this means that you can never run out of new content with community creations bolstering the already large track list.

What do you think are some of the best racing games to get stuck into? Let us know across our social channels.