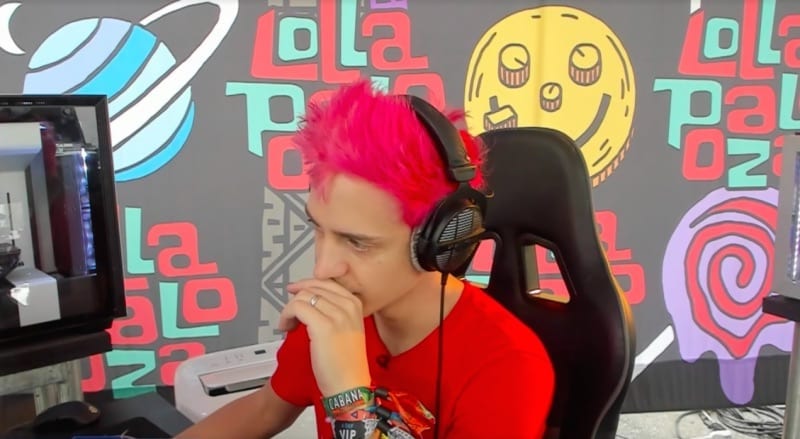 Ninja shocked the gaming world when he announced he would be leaving streaming platform Twitch in favour of Microsoft’s not-too-hot streaming site, Mixer.

It’s pretty obvious that a huge amount of money swapped hands to make the deal happen, but it’s not known just how much Microsoft forked out for the Fortnite player.

The ramifications of the jump from Twitch to Mixer can already be seen across the whole internet, with the app sky-rocketing in popularity. Now it seems even other streamers are looking to do just what Ninja did and take their channels over to Mixer.

In a clip shared to Reddit, streamer h3h3 can be seen discussing the topic in, stating that he and five other top Twitch streamers are “thinking about moving to Mixer” if a deal can be struck.

Check out the clip here.

The Microsoft-owned platform is already benefiting from the announcement, with the Mixer mobile app jumping to the top spot on the App Store in just a few hours’ of the news breaking.

Whatever happens next could spell trouble for Twitch.

According to Ninja, it took “quite some time” for everything to be finalised for his move to Mixer. Breaking the news to fans in a video on Twitter, Ninja said: “I have been holding on to this for quite some time, and I’m just super excited to let everyone know. I’ll be streaming on Mixer full-time now and I’m honestly at a loss for words.

“I’m freaking out in the best ways. I feel like I’m going to get back to the streaming roots.”

The Verge reached out to Twitch for a statement, and it seems there’s no bad blood between the star and the streaming platform.

“We’ve loved watching Ninja on Twitch over the years and are proud of all that he’s accomplished for himself and his family, and the gaming community,” Twitch said. “We wish him the best of luck in his future endeavours.”