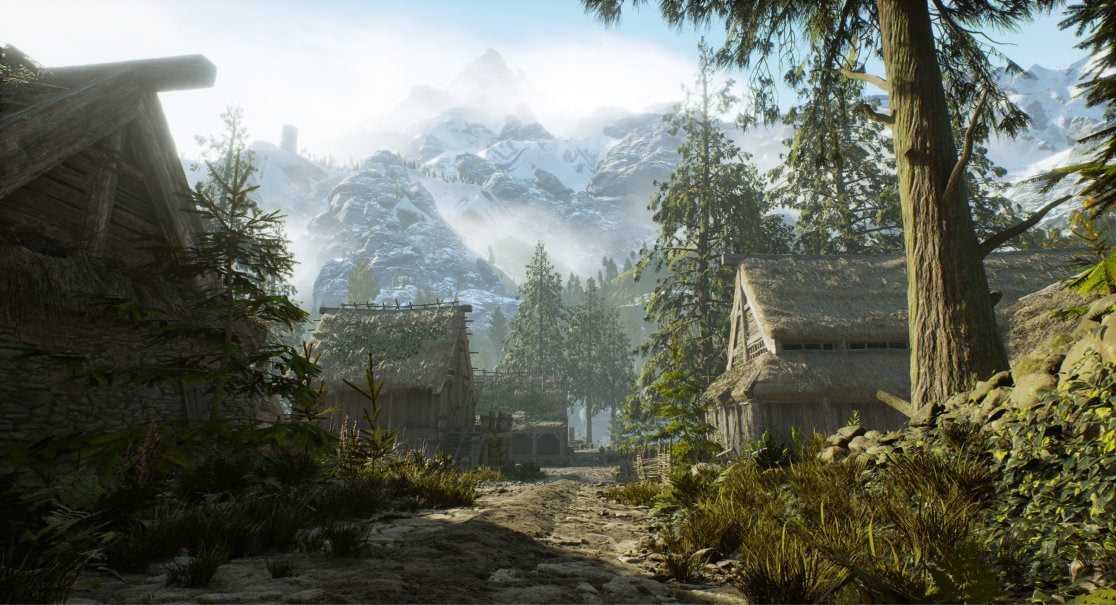 A senior developer at People Can Fly, Roland Lesterlin, has spoken about how he thinks that Unreal Engine 5 is a huge leap forward for the industry, calling it a ‘game changer’.

As brand new console hardware enters the fray, game developers are constantly in need of new tools to help them craft games that are capable of utilising that extra oomph. For years, the Unreal Engine has been at the forefront of this. Developed and funded by Epic Games, it allows developers to craft extraordinary games, occasionally with open source components.

What’s so good about Unreal Engine 5?

Unreal Engine 5 was released to developers recently, although we’ve yet to see many projects come to fruition just yet. The recent release alongside the new Matrix movie was incredibly impressive, but more of a tech demo than an all out game. The next Tomb Raider game will be created in Unreal Engine 5, so we know that games using the technology are on the horizon.

According to developers that we’ve spoken to, there’s a lot to be excited about with Unreal Engine 5. GameByte spoke to Roland Lesterlin, a creative director at People Can Fly, at Digital Dragons 2022. That’s the team that developed Outriders last year. In an interview with Lesterlin, he described the new engine technology as a ‘game changer’.

“I think there is a piece of technology specifically that they’re calling Nanite that completely changes the way the art departments of the world are going to make games,” Lesterlin explains. “We’ve never had [this situation], “by the way, you’ve been making art for 15 years, here’s a new way of making art”.

Nanite technology essentially allows art teams to create environmental geometry much more quickly and with far less resources. On the Unreal Engine website, a description reads: “[Nanite] intelligently does work on only the detail that can be perceived and no more. Nanite’s data format is also highly compressed, and supports fine-grained streaming with automatic level of detail.”

Lesterlin explains that “every artist that’s playing with it loves it.” In theory, this means that we’re likely to start seeing game worlds that are more intricately detailed without the intense need for processing power on our gaming consoles and PCs. In an optimistic view, Lesterlin thinks that it’s “going to blur the reality between the pre-recorded and the imagined.”

You can read GameByte’s full interview with Roland Lesterlin here.

Are you excited to see more games developed in Unreal Engine 5? Let us know across our social channels.