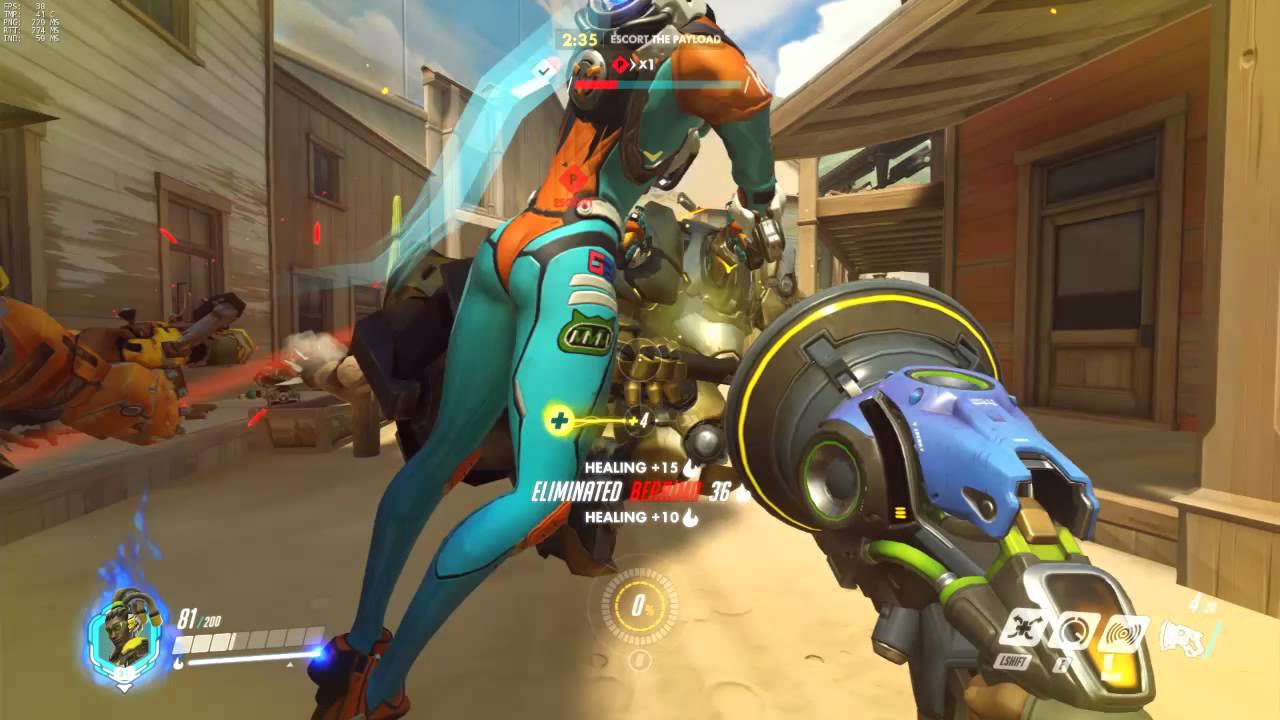 The topic was something along the lines of ‘Fighting Toxic Behavior Is Slowing Down Overwatch Updates’ – all of the big publications picked up on this story and it brought along a lot of controversy from readers.

In these topics, Blizzard’s vice president, Jeff Kaplan, was quoted as saying that development on new player reporting tools was slowing down the development of new features.

As software developers were redirected to working on building a system to help identify and limit toxic players, less time was given to these same developers to work on new content and gameplay changes for Overwatch.

But why all the fuss about ‘toxicity?’ Why does it matter so much and why are developers putting in so much effort to ban players that are rude online?

What Happened With Toxic Overwatch Players? 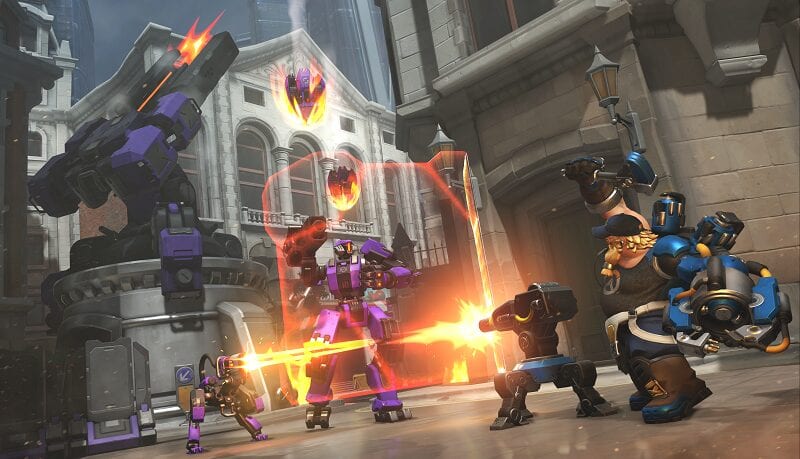 Toxic Overwatch players essentially caused the Overwatch development team to stop focusing on new features for the console version of Overwatch and instead work on a new console report feature.

Jeff Kaplan mentioned in a video that, “I wish we could take the time we put into having reporting on console and have put that toward a match history system or a replay system instead.”

“It was the exact same people that had to work on both, who got re-routed to work on the other. The bad behavior is not just ruining the experience for one another, but the bad behavior’s also making the game progress at a much slower rate.”

Because of the increased reports Overwatch has been receiving, this new report system has now been made a priority for the console version of Overwatch.

So far, no details about the new report system have been shared. The details that Jeff Kaplan shared about it were very vague. We’re not sure when the new feature will come and we’re even more clueless about how it’ll work. All we do know is that the system will be put in place to make it easier for Blizzard to deal with the influx of bad behavior they’re dealing with.

But it’s not just the toxic players at fault – it’s those that are sending in all of those reports that Blizzard then has to deal with.

Who Cares About Toxicity? 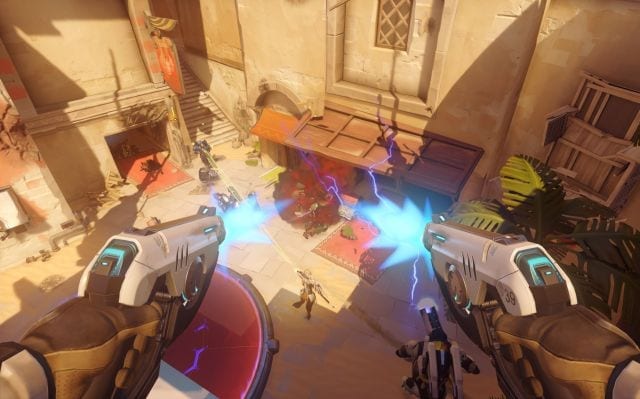 First things first – we agree that there should be systems in place for players to report others for being rude online. There should also be some disciplinary action when a player is repeatedly caught being rude to other players.

However, I think that players shouldn’t be getting so wound up about the fact they’re finding rude players online. This has always been the way since the dawn of online gaming.

Why is it in recent years that players have become so needy of extended reporting tools? Our suggestion would be to just ignore the rude player and focus on the game.

It’s unfortunate that some players feel the need to attack others they’re playing with, but the thing to remember is that you won’t be playing with them forever. Once the game is over, you can move on and not look back at it. These toxic players have no relation to you, there’s no reason why you should let anything they say to you upset you or bother you. They don’t deserve your time, your respect, or your energy.

It does take a bit of tough skin to deal with the kind of harassment that other players spew out online, but once you’ve learned to ignore it, it will stop becoming a central part of the online gaming experience and will devolve into quiet, meaningless background noise.

To Those That Report People: If It Bothers You, Report and Move On 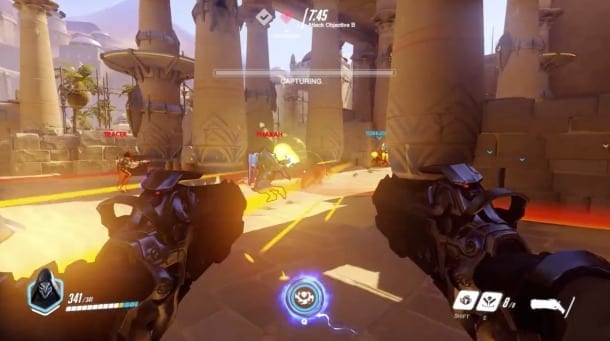 If players are taunting and teasing you or saying how bad you are, just ignore it. They don’t have anything against you, they’re just trying to get into your head.

This happens a lot in competitive atmospheres – opponents taunt and tease each other, they try to get into each others’ head. It’s part of the competitive spirit. Just ignore it.

In most cases, this is as far as players will go when it comes to toxicity. However, sometimes players will step across the line and may start poking fun at you specifically. If, at any point, you really feel that what somebody saying to you in Overwatch is over the line, just report them, mute them and move on.

In most cases, though, there’s no reason to report an opponent if they’re being toxic. If it’s somebody on your own team that’s being toxic, then it’s fair game – give them a report.

A Note To The Toxic Players 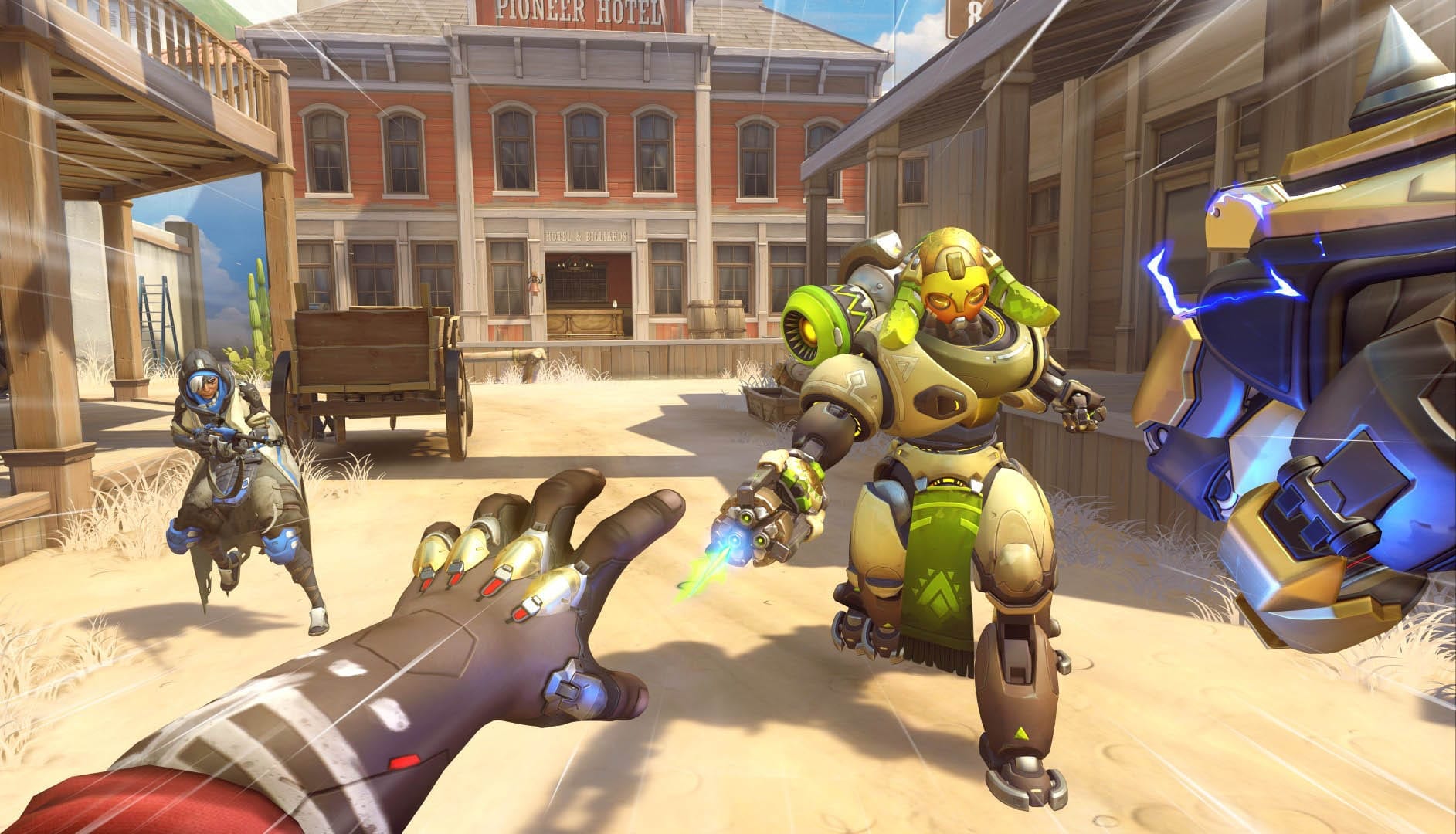 If you’re the kind of player that likes to get into the heads of your opponents, that’s fair enough, do your thing. But just be considerate. If, at any point, you feel like the things you’re saying are a little mean, stop yourself. Say sorry and get on with the game.

There’s also absolutely no reason to taunt your teammates. It literally provides you with no benefit. Getting angry at a bad player isn’t going to make them any better. In fact, if it does anything it’ll just do the opposite. They’ll even feel like giving up because you’re getting angry at them, or they’ll just not help you in team fights.

There is literally no reason to shout at your teammates or poke fun at them. If you’ve ever lost your temper at another player on your team, look back to that moment and think for a second. Did it really provide your team any benefit? Did shouting at them help you work with them better? Chances are, it probably only made things worse.

If you’re not going to be nice to other players on their team out of consideration for them, Keep in mind that being nice to them might just increase your own chance of winning.

What are your thoughts on this topic? Do you think people should be so trigger happy with the report button? Do you think toxic players often step over the line?

We’d love to hear your opinions on this topic. Leave your thoughts below.