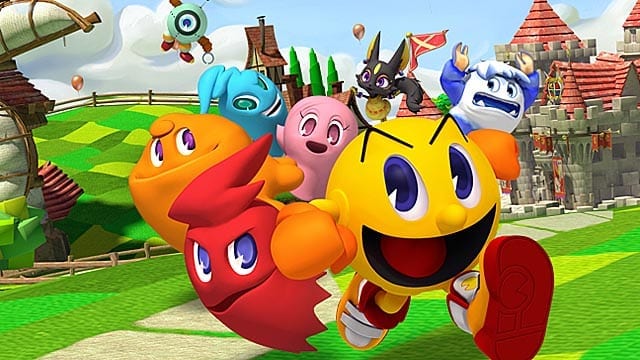 The likes of 2019’s Detective Pikachu and the recently-released Sonic the Hedgehog movie are paving the way for a new generation of video game movies that aren’t actually terrible.

With the tides finally beginning to turn on the tirade of terrible movies based on video game IPs, it makes sense to look towards the next titles we’d like to see on the big screen.

According to a recent survey by The Hollywood Reporter/Morning Consult, 25% of Americans are looking forward to more video game characters making their silver screen debut. But who exactly should get their own movie?

According to the poll, the most desired are Nintendo’s Super Mario Bros. and – bizarrely – Bandai Namco’s Pac-Man. What the heck a Pac-Man movie would be about is beyond me (and no, we’re not counting 2015’s geek-fuelled movie, Pixels).

The poll, which was conducted from Feb. 21-23 and saw 2,200 American adults responding, found that 44% were “very” or “somewhat” interested in a film based on Super Mario Bros. There’s good news in store for these people, as an animated Mario movie is already in the works, and is due to release in 2022.

Pac-Man and Mario Kart also saw favourable results in the poll, tying for the second-most wanted spot, with 37% of participants responding as “very” or “somewhat” interested in either as movies.

Speaking to The Hollywood Reporter, the vice president of market research company Morning Consult, Tyler Sinclair, had the following to say: “There’s a strong consumer appetite for film adaptations from video games, which spells good news for studios looking to tap into the billion-dollar gaming industry.”

Again, not sure how a Pac-Man or a Mario Kart movie would work, but it’d be interesting to see either on the big screen. Personally I’m still holding out for The Legend of Zelda to get the Netflix treatment…