It’s a pretty hot topic. Console or PC? If console, which one? PlayStation 4, Xbox One? If PC, a laptop or a tower? What specs? How much money is too much? Unfortunately, there is no easy answer. No doubt the comment section is going to explode into a heated battle about this anyway, so we’ll make it a little easier – we looked at different aspects of gaming, to see which option fares the best. 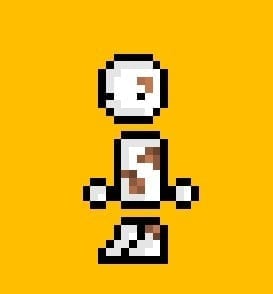 This is a topic that will make console-fans particularly angry. ‘The human eye can only see X FPS’ they will scream while looking at their 30 FPS consoles. In the meantime, the PC Master Race sits in front of their 144hz monitors, quietly giggling to themselves.

Unfortunately for the console-fans, they are wrong about how many FPS the human eye can process, in most cases they are even dead-wrong. Tests have shown that the human eye can see and react to up to 1000 FPS. There’s actual, scientific tests been done on this, so hopefully, that argument will soon die out completely.

A common problem is the screen here – people who say it makes no difference above 60FPS may be right in their situation – if they are looking at a 60hz monitor, their rig could give them 2000FPS, but the monitor would cap it. With a good enough screen, the difference is absolutely noticeable, even to the untrained eye.

Computers have no set limits on their FPS rate – that is to say, the higher the specs, the more FPS are possible. There are capping factors such as the screen, the actual game etc, but it’s still quite different from consoles, which at their core, are identical and therefore have limitations – unfortunately, often quite low ones.

60FPS would be fine, but more often than not, it’s less than that – even if the tech specs are there. So, if FPS are important to you…you should probably join the PC Master Race if you haven’t already. Same for resolution – the more varied tech specs of PCs let you improve that as much as you want to. 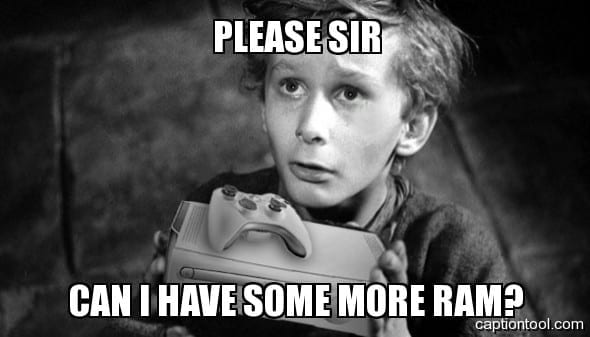 This one is a very popular argument with the console people – a good PC is way more expensive than a console, will need regular-ish upgrades to keep up, and if you make a mistake in choosing your parts, you’ve wasted quite a lot of money.

Building your own PC is always cheaper, and assuming you don’t break any of your parts, more effective too – you waste a bit of money on pre-built machines, and they may still not have everything you want from them.

A console is much simpler – sure, there are different skins and even models like the PS4 Pro, but that’s still a lot simpler and cheaper than building a PC. New games are also generally in the same price-range, so you know what you’ll be spending.

PC games will often be cheaper, and with services like Steam, easily accessible. When it comes to not wasting money, the console crowd has it easier for initial costs, and the PC crowd with game costs.

Overall, maintaining a PC will cost more for sure – but you can expect more power for it too. 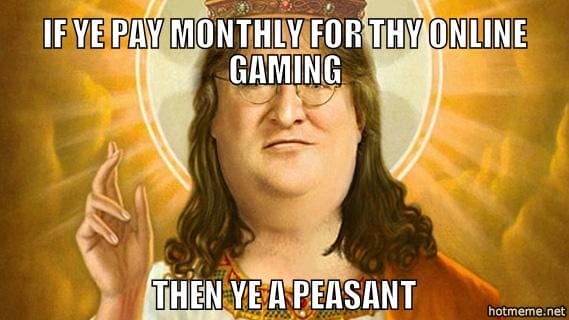 Console vs PC unites the console-peeps… exclusives do not. The old which console has better exclusives question is one of the most heated topics out there. So…which is it? Well, when it comes to variety, the PS4 beats the Xbox every time. Which games you specifically prefer depends on you of course – if all you play is Fifa, it really doesn’t matter, if you want to play the new Persona, PS4 it is.

Now that being said, compared to either console, the PC Master Race has access to thousands of games that the consoles do not – perhaps even tens of thousands. Steam sales often feature thousands of discounted titles – in addition to the ones that aren’t so that alone has more games than you could ever hope to play. Of course, regardless of what you’re interested in, the majority of those games are probably complete rubbish.

In sheer numbers, the PC lot win anyway, beating any console (ever) hollow. When it comes to quality – quite a few console exclusives later get ported to PC, so it isn’t uncommon for a game to be available after a short wait.

When it comes to what games you like and want to play, which platform works best is a completely unique answer. The only ‘generalised’ way to look at it is in sheer numbers – and boy does the PC win that one! 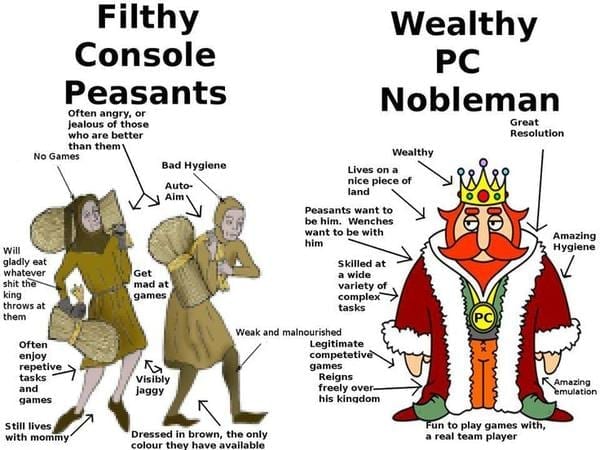 Consoles have come a long way since the red ring of death and that’s a good thing – players wouldn’t look too kindly upon that now. Sure, your console may still malfunction for any number of reasons, and that is something that can’t be avoided, but in the majority of cases, it probably won’t happen.

How about PCs? Well, the same thing applies, really. A well looked after tower has a long lifespan. Laptops not so much – they degrade a lot faster, and if they are carried around, they will inevitably, sooner or later bang against something… if you bang them around often enough, they break.

This is a laptop specific issue though, and if we discount them, as tower PCs are more popular for gaming anyway, there isn’t too much difference when it comes to the durability of any system. 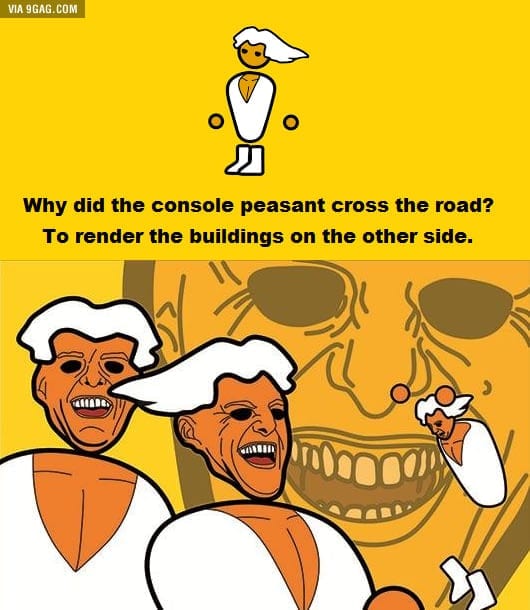 This is a pretty big issue – because each console is essentially identical to every other one, the specs are the same too, and with some variation, degrade in the same way. Since this is predictable, newer games will still work on consoles that are a little older – to put it differently, whether you bought your PS4 in 2014 or 2016, you can play Persona 5 on it.
With PCs, this is completely different. Newer games demand higher specs, and if your rig doesn’t have them, you can’t play. Keeping up to date with this is very expensive of both money and time – especially since the ‘newest’ parts will probably be outdated by the time you’ve installed them in your PC.

Sure, you can keep upgrading and upgrading, but eventually you will hit a point where you may need to buy a new machine altogether… while console owners that bought theirs in 2013 sit there and judge you.

When it comes to ageing, the only one that doesn’t do it well is the PC – until a new console generation comes out, the only thing that will stop your current one from playing the newest games is spontaneous combustion.

Decreasing specs is something that only affects the PC-lot, so here the Master Race is certainly disadvantaged – that being said, it usually isn’t necessary to have the best of the best in a machine to play the newest titles, and upgrades are only necessary every now and again. The fact that they are necessary though, sets them apart from consoles in a rather negative way. 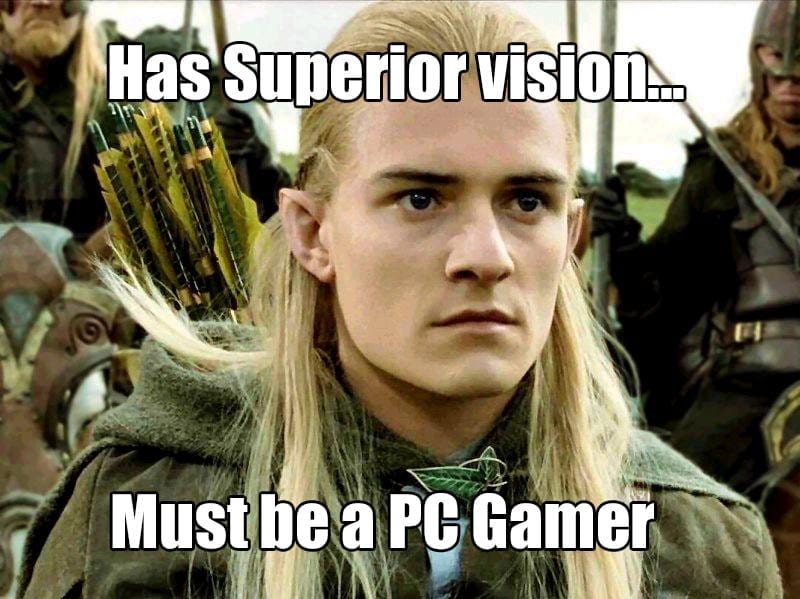 Of the five aspects we’ve looked at here, the PC Master Race certainly wins in FPS & resolution, cost of games and exclusives, has no (dis)advantage when it comes to durability, and loses pretty hard when it comes to cost and ageing.

Which of those aspects are most important to you changes how you view this of course – but if we assume all five carry the same weight, we have some bad news for the console people: Yep, the Master Race was right all along. Sorry guys!