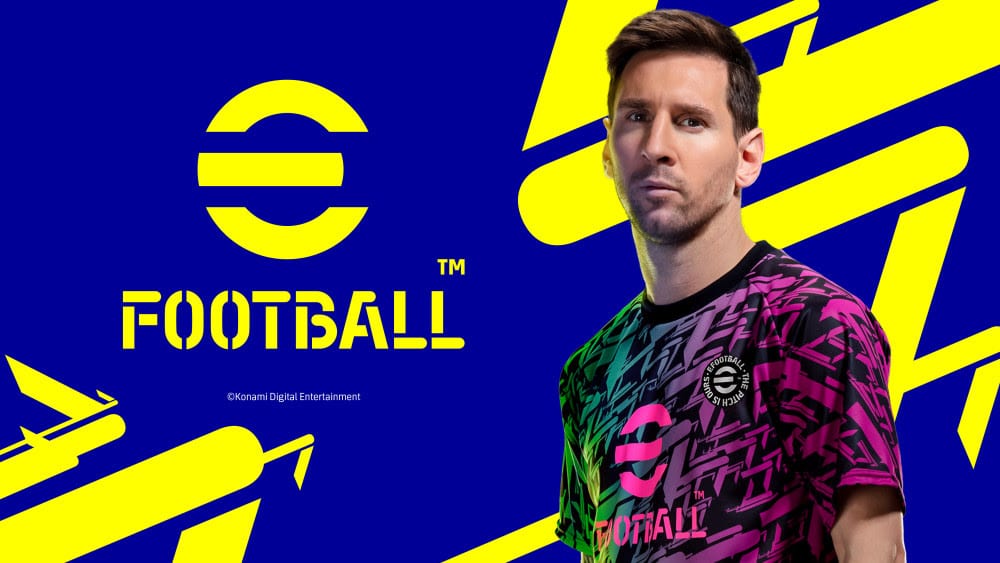 Konami has announced eFootball, a free to play replacement for the Pro Evolution Soccer series that’s been rebuilt in Unreal Engine 4.

The battle between FIFA and PES is heating up as Konami’s football simulator is changing up in a big way for 2022. Rebranded to ‘eFootball’, the series has seen a dramatic overhaul in a brand new engine.

In a striking move, the series is going free to play, ending the cycle of yearly PES releases. Instead, the game will operate as an ongoing live service with regular season updates. It will only be available as a digital title and not in physical shops.

eFootball is coming to all platforms later this Autumn, and that includes mobile devices. Although it won’t be available at launch, Konami is looking to enable cross-play functionality between devices at a later date.

At launch, there will be local matches featuring FC Barcelona, Juventus, FC Bayern, Manchester United, as well as a few others. According to Konami, future game modes will be sold as optional DLC to allow players to build their own personal experience.

Konami also published a roadmap outlining the features arriving to eFootball before the end of the year. A Match Pass (battle pass) system is expected to launch in the Autumn. It will have full cross play support and esports tournaments kicking off in the Winter.

Can eFootball finally compete with FIFA?

There’s currently no release date for eFootball. More information regarding partner clubs, licensing, and more should be coming in the next couple of weeks.

“Starting with the strong foundations of Unreal Engine, which has allowed us to massively overhaul player expression, we’ve made a number of modifications to virtually create a new football game engine that will power eFootball for years to come,” says Seitaro Kimura, the series producer of eFootball.

“With the added power of new-generation consoles and by working closely with elite footballers, eFootball delivers our most tense and realistic gameplay to date. We’ll share specific gameplay details next month, so stay tuned.”

What do you think about PES rebranding to eFootball? Let us know across our social channels.