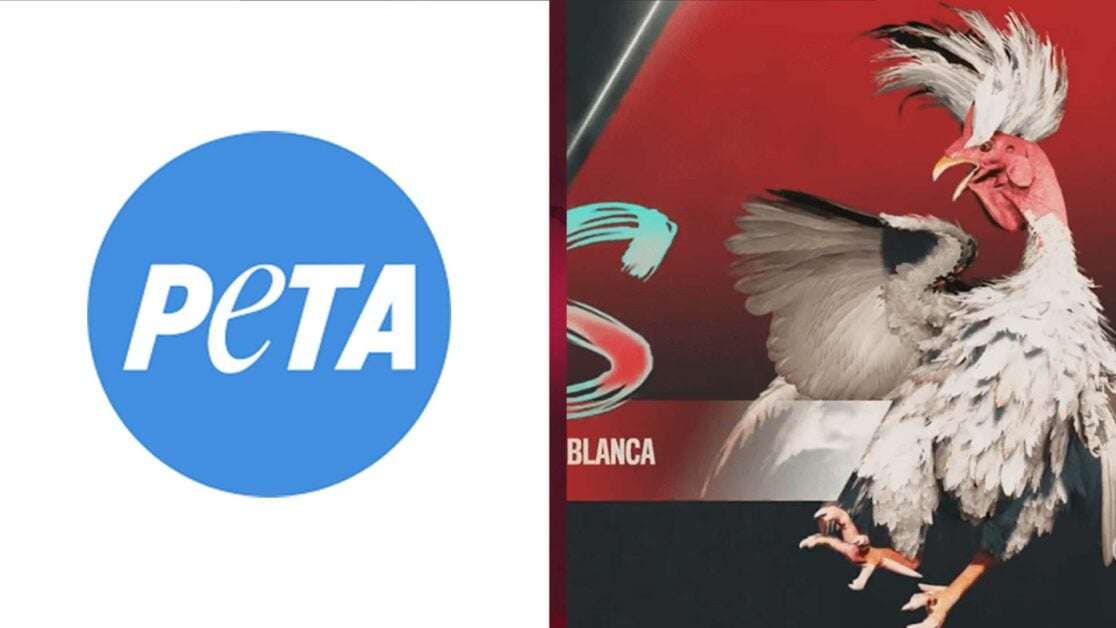 Just days after Far Cry 6 was released, PETA has called for Ubisoft to edit the game due to the cockfighting minigame.

We wrote about the cockfighting minigame in Far Cry 6 a day before the game’s release. Following this, PETA Latino reached out to us with a bold statement: they want the game to be rewritten.

PETA Latino’s full statement is below:

‘Turning a horrific bloodsport like cockfighting into a Mortal Kombat–style video game match is a far cry from real innovation, as today’s society is strongly opposed to forcing animals to fight to the death. Roosters used in cockfights are fitted with sharp spurs that tear through flesh and bone, causing agonizing and fatal injuries. PETA Latino urges Ubisoft to replace this reprehensible minigame with one that doesn’t glorify cruelty.’

It’s not the first time that PETA has stepped in to talk about animal cruelty in a videogame. When ‘Animal Crossing: New Horizons’ was released, PETA was critical of the fishing and bug catching elements of the game. However, it was also supportive of the game’s focus on building relationships with animals. It was also quick to support the controversial landlord, Tom Nook:

“Tom Nook is a tanuki, or a raccoon dog, who are often killed for their fur. Others like him in the real world are beaten, anally electrocuted, gassed, or skinned alive. Cut him some slack.”

These activities are linked to harmful real-world practices. Even collecting samples, such as insects and fish, for museums has a harmful history. There are a couple of species which were hunted to extinction for museum collections, such as the Guadalupe caracara and the ivory-billed woodpecker.

As we wrote about in our original article, cockfighting is a common pursuit in Cuba (the island which Far Cry’s Yara is based on). No animals are being truly harmed in Far Cry 6. But does creating a minigame with a fun, Tekken feel perpetuate the idea of animal cruelty as entertainment?

We got some comments questioning why we are raising the issues with this minigame. After all, the Far Cry series is entirely based around violence. The cockfighting game is clearly inspired by Tekken. Few people are questioning whether two humans fighting in a game is morally reprehensible. Two cockerels being forced to fight against their will is quite different to two humans choosing to. And the difference is consent.

PETA’s demand for Ubisoft to edit their AAA game is likely to be met with deaf ears. After all, Ubisoft has been unresponsive to the critiques of the stereotypical content it has included in previous Far Cry games. Why would it change on this occasion? Additionally, Ubisoft is in the midst of a maelstrom of abuse accusations. This includes reports of endemic sexism and racism at the company.

However, PETA comes with its own baggage. The one that immediately springs to mind for me, was its deeply ableist campaign ‘Dairy causes autism’. This is obviously incredibly bad science, as well as being wildly offensive. PETA put out a blog in response, which does not address any of the justified outrage about the ableist aspects of the ad campaign.

PETA also runs animal shelters where it practices euthenasia on animals when they cannot rehome them. There have also been a couple of extreme cases of PETA workers abducting family pets and euthanising them.

Ubisoft has responded to PETA’s request with the following statement:

‘Far Cry 6 is a work of fiction taking place in Yara, a fictional island in the Caribbean. Many of the optional side activities are part of the culture and history of Yara, which were inspired by a variety of Latin American cultures.’

It doesn’t look like the studio will be taking action regarding PETA’s request to remove Cockfighting from Far Cry 6.

I am fully expecting Facebook comments calling this a waste of time and a trivial issue. However, the issues and stories we explore in videogames do not happen in a vacuum. Critiquing games gives us a way to look at the world we live in, the stories we tell about it, and who gets to tell those stories. If any of the topics discussed in this article have negatively impacted you, there are people out there who can help.

Safe in our World