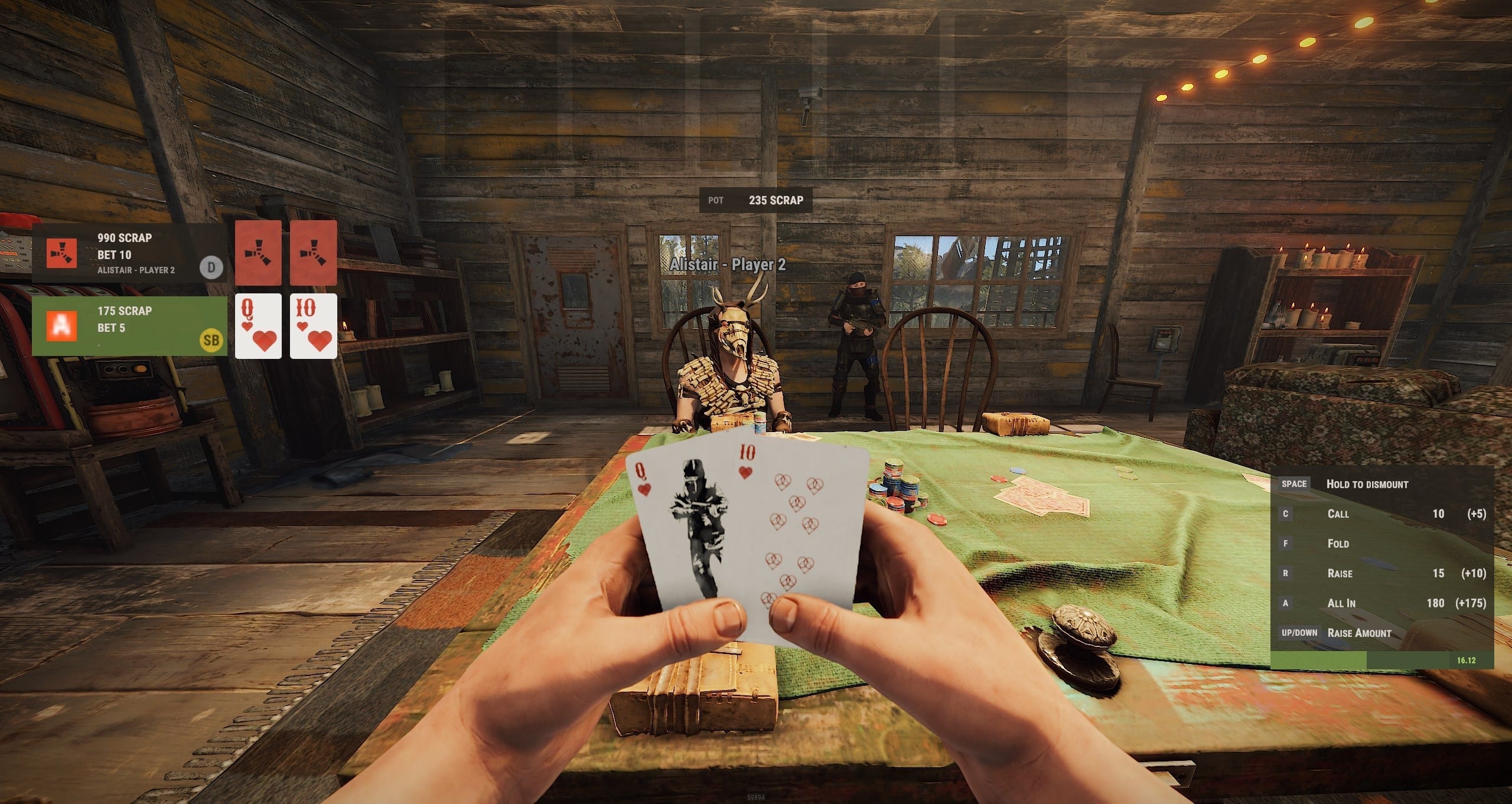 Poker is coming to the popular multiplayer survival game, Rust, as confirmed by one of the game’s developers on Twitter.

Poker will come to Rust via a free upcoming update. However, not everyone will be able to play poker in Rust just yet, as it’s currently in its testing phase.

The news was shared on Twitter by Rust developer Alistair McFarlane.

“A new way to lose everything you own in Rust!” said McFarlane in a tweet, showing off an image of the in-game poker.

McFarlane revealed in a follow-up tweet that once testing of the poker game in Rust is complete, it will release as part of a free patch arriving this April.

“Currently available for testing on the Staging branch. Will be going to release in April’s content patch,” reads the tweet.

The developer then shared some snazzy concept art images of the poker cards that will feature in the game, which have been designed by artist Lewis Ainslie.

Despite being initially released in 2018, the game has recently seen a huge uptick in player numbers. Largely thanks to a surge of streams from popular content creators, Rust has become one of the most popular games on PC.

Rust will no doubt get even more popular when the game leaves its closed beta stage on consoles and releases for both PS4 and Xbox One.

While I’m not one for poker games in real life, I love chilling out playing a card game in the likes of Red Dead Redemption and the Yakuza series.

So I have no doubts that poker will prove to be a popular mini-game for Rust players.

Are you looking forward to playing some poker in Rust, and what mini-games would you like to see added in the near future? Let us know across our social media channels.

Rust is available now on PC, with the PS4 and Xbox One versions planned to release sometime this spring.

The Next Retro Mini Console Is The Commodore Amiga 500