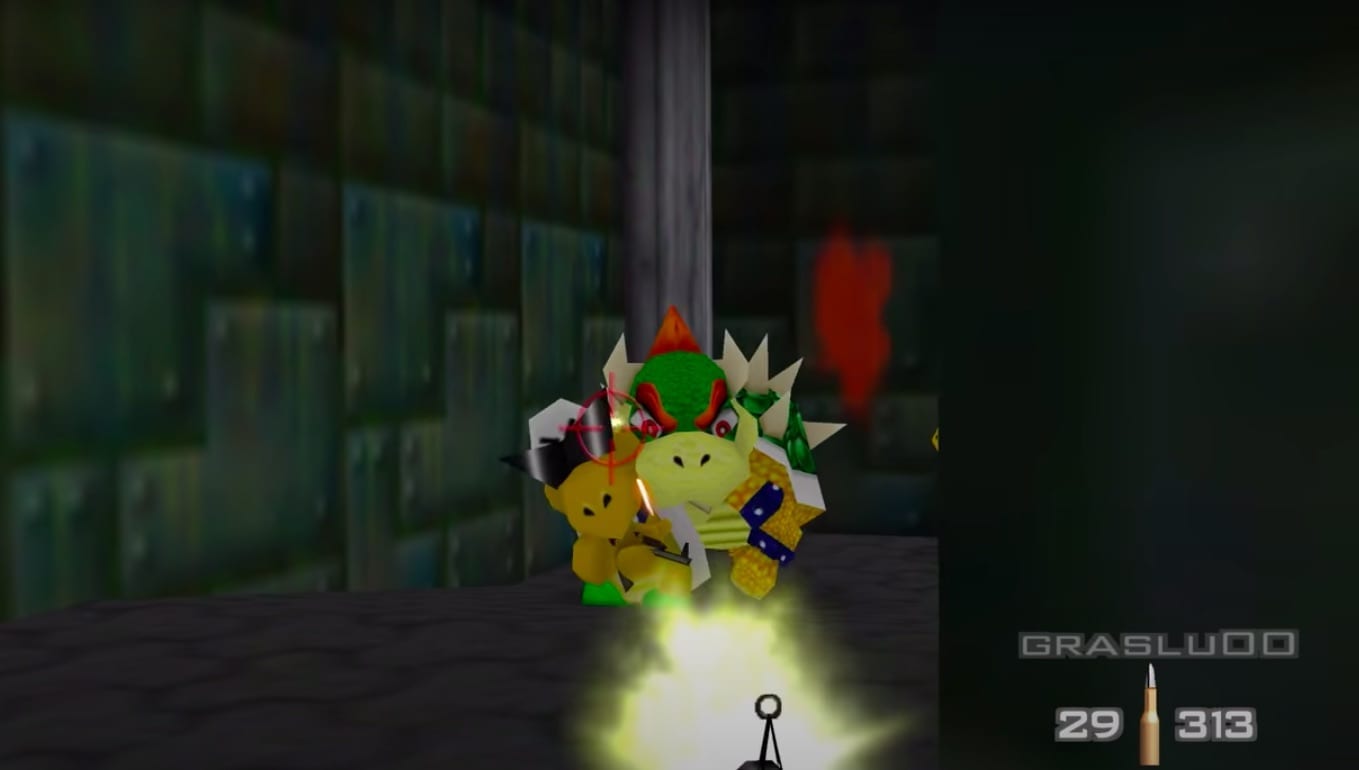 N64 modder StupidMarioBros1Fan has created something of a monster in the form of a GoldenEye x Super Mario 64 mod and custom map.

The mod essentially replaces assets from the classic 007 shooter with those from Super Mario 64, which transforms the spy thriller into a colourful carnage-fueled caper.

Details on how to install the ROM, as well as the following description, can be found on the site n64vault.com, which hosts various N64 fan content:

“This mod replaces all of the characters with ones from the Mario universe along with edited dialog to make more sense with the characters. For example there is no mention of Trevelyan/Luigi’s parents being Lienz Cossacks and instead of calling James Bond/Mario the ‘Golden Boy’ he says the ‘Golden Bro.’ Other changes include the dialog where Mario meets Natayla/Peach as Mario doesn’t straight up say he’s a spy to her.

“Various changes have been made to work better with the new character sizes as well as be a better gameplay experience, with some unused stuff added back in like the various X Themes being in all levels except for Surface 1 because that level doesn’t have one. More details and changes are explained in the Changelog.”

As mentioned in the description, each character has been replaced with those from the Mushroom Kingdom, with Peach replacing Natalya Simonova and Bowser playing the role of Arkady Ourumov.

Who’d have thought that in 2021, we’d see Mario equipped with a PP7 special issue, storming Peach’s castle while popping cap in some koopas? Anything is possible after the year we had in 2020.

What do you think of the N64 GoldenEye and Super Mario 64 mashup?