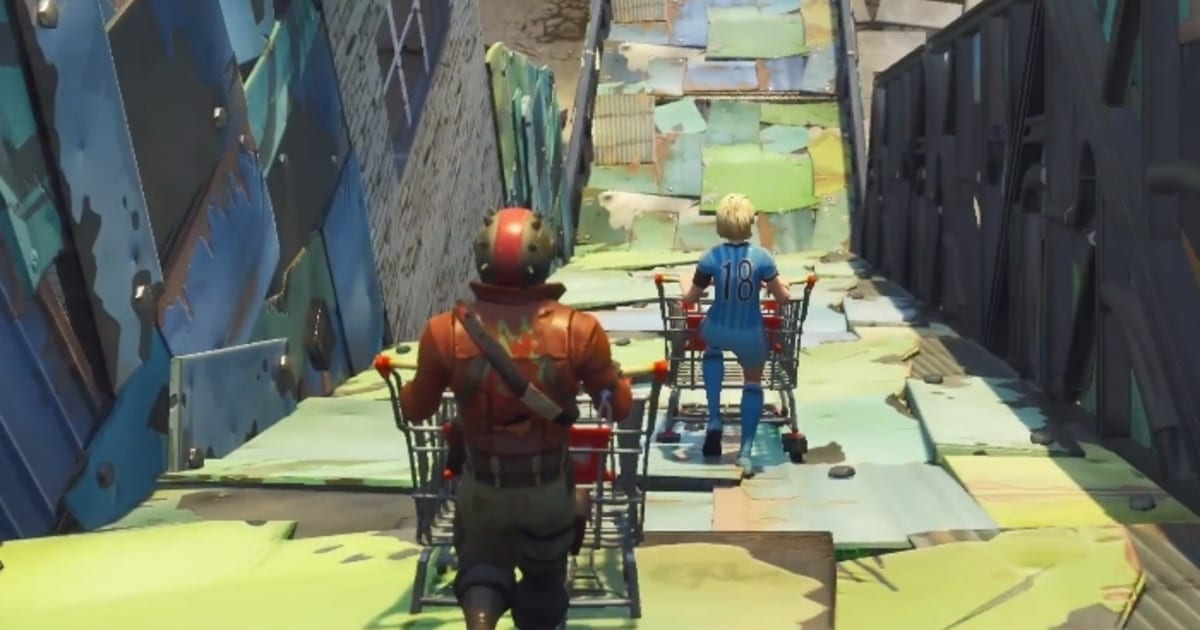 The Limited-Time Playground mode has been long-anticipated. While playing this mode does not help to advance any achievements, nor do actions count towards the battlepass, it’s still pretty popular. Players get a huge amount of resources when they harvest stuff – especially wood.

While this mode was intended for players to practice their combat building skills, it’s probably no surprise that this was the last thing on people’s mind when the new mode came out. They quickly started building stuff that had nothing to do with the actual game itself. Well, that was bound to happen, let’s be honest. 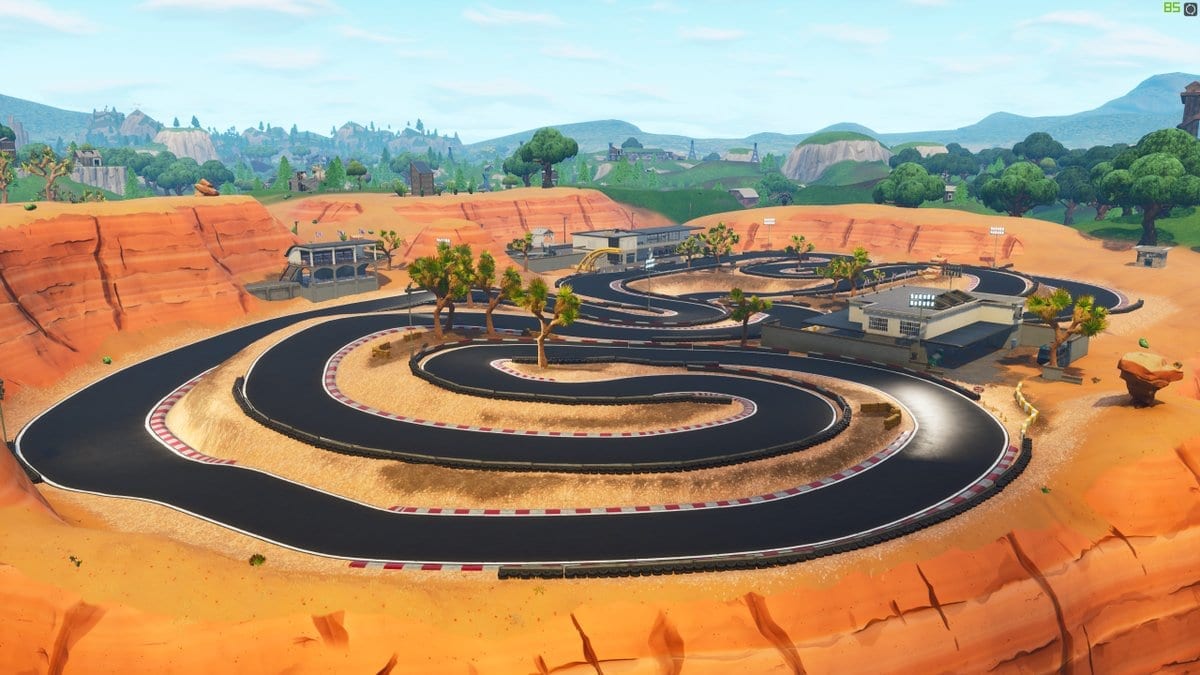 The fact that players quickly came up with the idea for a sort of crossover however, is pretty impressive. In no time at all, players combined the incredible amount of resources available with the shopping carts that Epic Games had re-added to the game not too long ago.

This is Tilted Track. Shared on the game’s subreddit by JoshB_C, the maze-line structure of interwoven towers and paths was built during an instance of Playground for people to race their shopping carts through. It’s one of many amazing Mario Kart-style creations that players have created in the new mode. 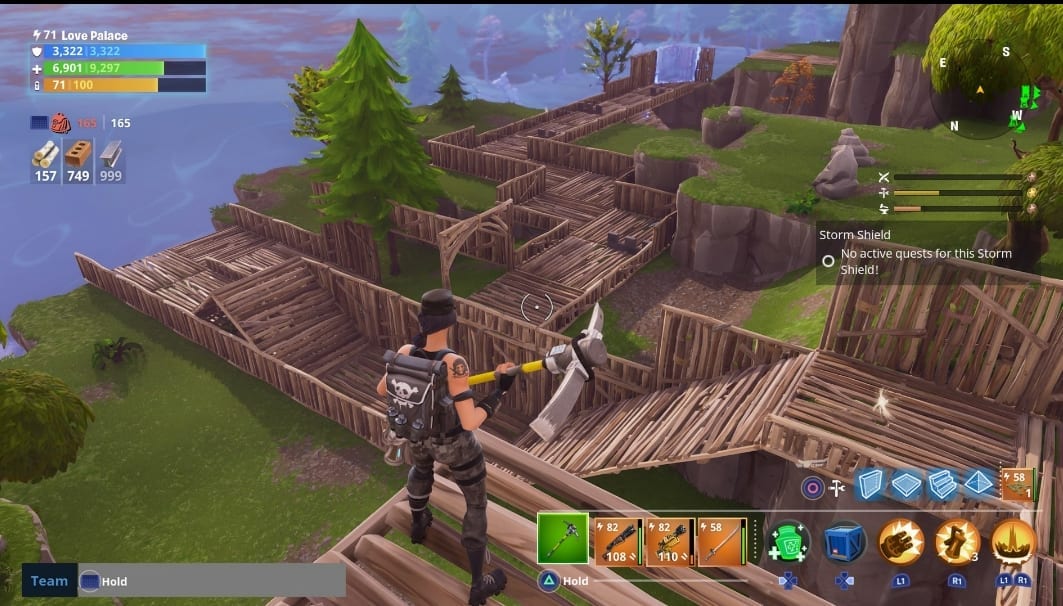 Youtube is filled with videos of other players attempting similar things, and many of them are quite impressive. Tilted Track is definitely one of the coolest builds here – it has all the twists and turns and obstacles one may expect from a Mario Kart game, and the builders even decided to run their track through some buildings.

While the shopping karts certainly lack the steering capabilities of the Mario Kart carts, they are surprisingly agile and make for a fun addition to the gameplay. Much like the playground mode, their implementation was rather troubled too. After some delays, removing and readding them, disabling and re-enabling them and a few more issues, they were finally a fixed part of the game.

Players loved them – they managed to do some very interesting stuff with them. While in the case of Tilted Track its the Playground mode that is the star of the show, the carts are what made it possible. The only shame is that it’s not possible to share or communally access builds like the Mario Kart knock-offs that people are building. As is often the case with Sandbox modes – once the hour of playtime is up, it’s all lost save for some replay footage.

In other words, if you too want to race on this type of track, you’ll have to build one yourself. Don’t worry though, it won’t be as difficult as you may think – with the increased resource yield, you’ll have the necessary materials in no time at all.

Fans of the new mode are already calling for a spin-off: While Fortnite Battle Royale itself started out as only a spin-off of the unsuccessful Save the World game, players now want a Playground-mode spin-off that is set up like Minecraft is. Because of Fortnite’s relatively unique building capabilities (yes, other games have them, but not quite like this game), that is a surprisingly intriguing concept.

Epic Games do put a lot of care and effort into their new(ish) flagship title, so it wouldn’t be completely outrageous to think that this may become a thing in the future too. At the moment, players are definitely making the most of what they’ve got. Check out some of the most popular creations here: 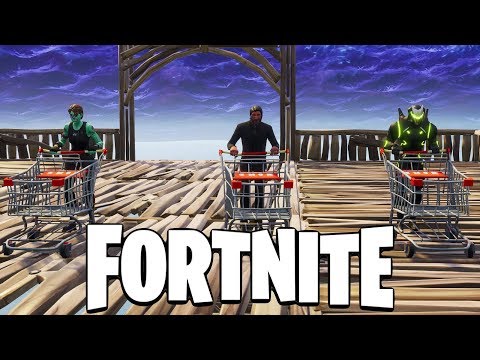 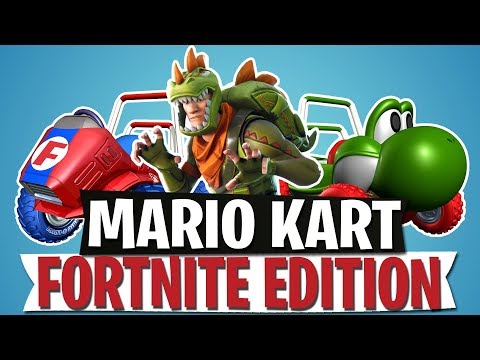 Fortnite’s new mode even allows for something Mario Kart doesn’t – co-op. Since Fortnite’s shopping carts allow for two players per kart, these tracks make it possible for one player to steer, fall and flip the bike while the other one can be responsible for throwing power-ups and even shooting other players off the track.

If there is one thing that Mario Kart is missing, it’s probably guns. If blue shells don’t make you hate your friends enough already, try sniping them off their shopping cart. If that doesn’t knock you off their Christmas lists, nothing will.