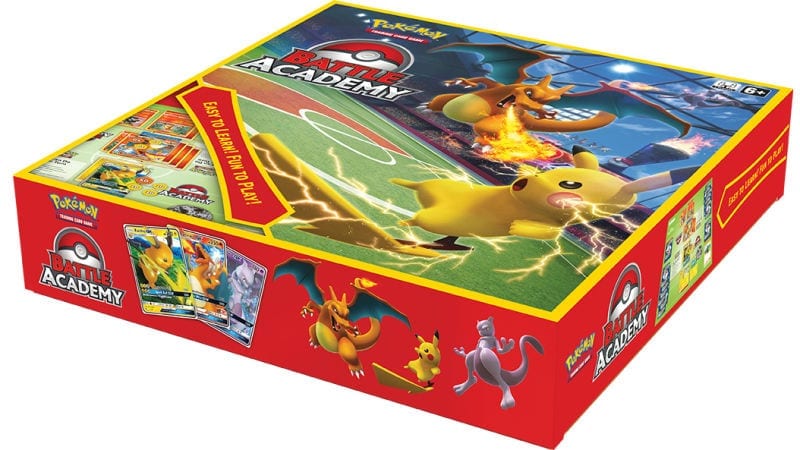 If you’re like me, you loved everything about Pokémon cards in the early 2000s. It was the playground game that everyone wanted to be a part of, whether you were a hardcore player or just a collector of shiny things.

However, it’s now 2020, and if you put a deck of Pokémon cards in front of me I just wouldn’t remember where to start. Thankfully, The Pokémon Company has answered my prayers.

It’s been revealed [via Kotaku] that a new board is releasing this summer, with the aim of introducing the Pokémon Trading Card Game to a whole new audience. Pokémon Battle Academy will meld together the traditional TCG with the board game experience, offering a new way for families to play together. All you young’uns can now teach us old folk (me) how to battle like a pro like we used to do, back in the day. Hooray!

The family-friendly includes three 60-card decks, a two-player game board, gameplay accessories and tutorial guides for each of the three decks. They’ll be focused on Raichu, Charizard and Mewtwo (which is good, because Gen One reigns supreme).

Pokémon Battle Academy will set you and your friends/family up with all the tools you need to become a TCG master. Whether you’ve never played the trading card game before, or if you’ve just forgotten how to play, the board game will teach you the ins and outs. Unlike the starter sets you can already buy, Pokémon Battle Academy looks like it’ll go right back to basics, making it an invaluable purchase for lots of gamers out there.

Pokémon Battle Academy will launch on July 31st (I’ve already pre-ordered mine). Here’s hoping we’ll be getting some expansion packs later down the line too!