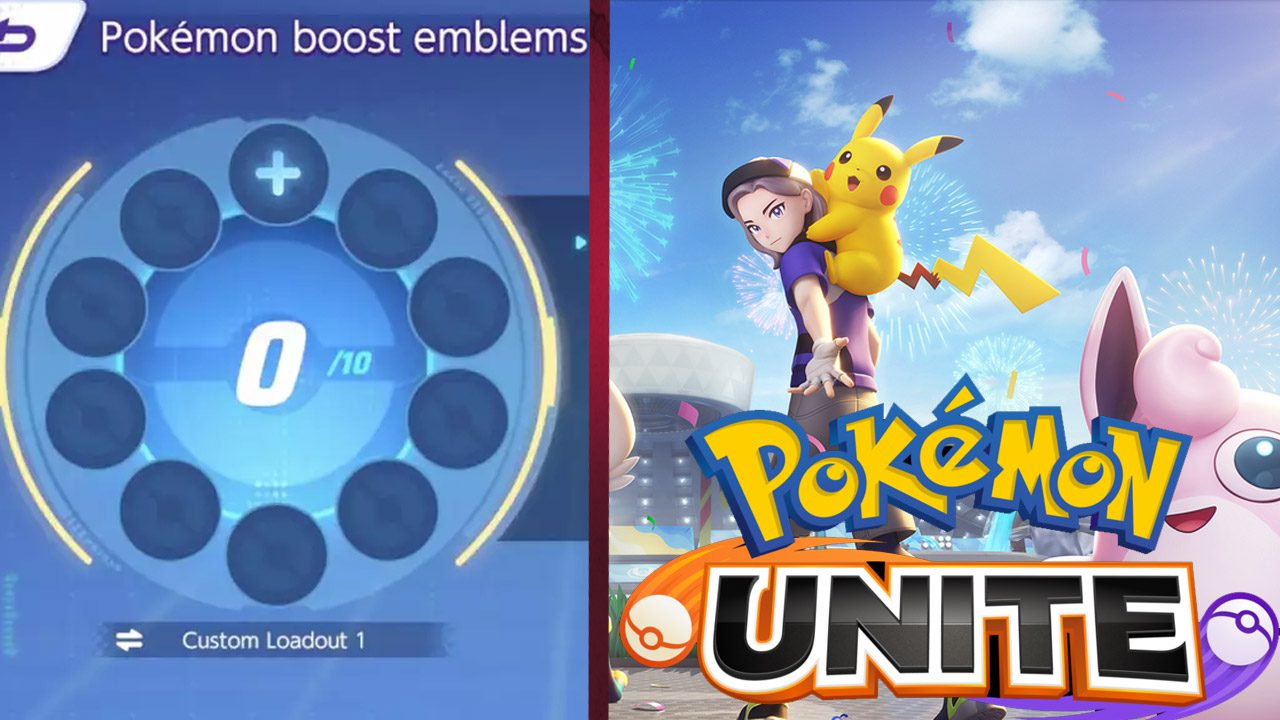 A good emblem loadout strategy is now key to getting into that elusive Master rank in Pokemon Unite. Trainers can now run with up to 3 different Custom Loadouts, which can be equipped and swapped before each battle. Each loadout can contain up to 10 emblems, all of which can have a positive and negative impact on stats.

At time of writing, there are currently 3 main loadout strategies when it comes to crafting loadouts. Reddit user u/RodaPvP gives the following examples:

This is very similar to EV and IV training your Pokemon in the mainline games. You can boost a stat that is worthless to you, for gains in a stat that will help you out. For example: If you main Machamp in Pokemon Unite, Reddit user u/RodaPvP recommends using a Bronze Primeape emblem and a Bronze Poliwrath emblem. They both reduce Special Attack, which isn’t relevant on Machamp, a prime physical attacker.

Colour Effects, otherwise known as Colour Synergies, are a great way to eek out a little more power from your emblems. But, with careful planning, Trainers can recover negatively impacted stats by pairing colours together.

Let’s use Machamp as an example again. You can use a Bronze White Farfetch’d emblem to increase your critical hit ratio, but lower your HP stat. You can pair that with a Bronze White Fearow emblem to increases your Attack stat while reducing your Special-Attack stat, which as we said before, doesn’t matter for the muscle man Machamp. These two emblems work well together because both emblems are white. By pairing them, you get a white-color synergy that results in +1% HP stat. This successfully reduces the negative effect of using the Farfetch’d emblem.

Like the sound of colour synergies? Want to learn more? We’ve got you covered here.

An example loadout could be:

This process successfully cancelled-out all negative effects that would have impacted your Machamp, all while activating your +2% Attack synergy bonus. Result!

Whilst this is a good loadout strategy , the best thing about Emblems is that your loadouts are so customisable to your play-style. You can view descriptions of Emblems in the Emblem Dex, where at least one Colour Effect is assigned to every Emblem.

For more information on what Emblems you should be looking for, click here!